Tamil Nadu and Maharashtra have amended the central law, the Prevention of Cruelty to Animals Act, 1960, and allowed Jallikattu and bullock cart racing, respectively. 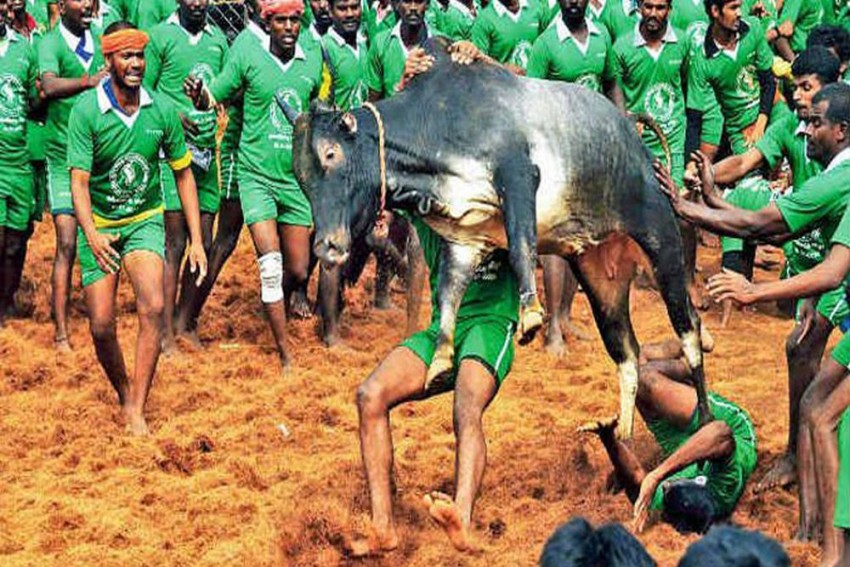 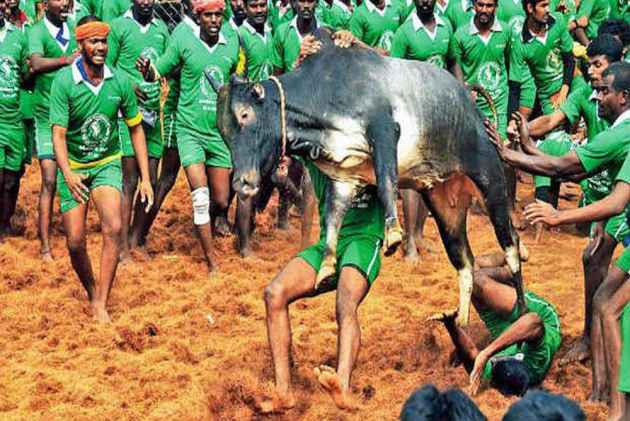 The Supreme Court on Friday referred matters related to the bull-taming sport Jallikattu to a Constitution bench.

A bench of Chief Justice Dipak Misra and Justice RF Nariman framed five questions to be adjudicated on by the Constitution bench.

"We have formulated five questions for the Constitution bench," Justice Nariman said while pronouncing the order.

The apex court had said on December 12 last year that it would refer to a five-judge constitution bench a batch of pleas challenging Tamil Nadu and Maharashtra laws allowing Jallikattu and bullock cart races.

The court, while reserving its order, had said the larger bench would decide whether states have the "legislative competence" to make such laws on grounds, including that 'Jallikattu' and bullock cart racing fell under the cultural rights enshrined under Article 29(1) and can be protected constitutionally.

Tamil Nadu and Maharashtra have amended the central law, the Prevention of Cruelty to Animals Act, 1960, and allowed Jallikattu and bullock cart racing, respectively. The state laws have been challenged in the apex court.

The top court had referred to Article 25 (right to freedom of religion) and Article 29(1) (protection of cultural and educational rights) of the Constitution and said they may not enable states to make such laws.

Jallikattu, also known Eruthazhuvuthal, is a bull-taming sport played in Tamil Nadu as part of the Pongal harvest festival.

On November 6, the apex court sought a response from the Tamil Nadu government on a plea of animal rights body PETA, challenging the state law that allowed the sport in the state. After issuing notice on PETA's plea, it had tagged it with other pending petitions on the issue.

PETA has assailed the Prevention of Cruelty to Animals (Tamil Nadu Amendment) Bill 2017 passed by the state assembly on several grounds, including that it circumvented the apex court verdict holding the bull-taming sport as "illegal" in the state.

PETA alleged that Jallikattu was a blood sport in which bulls were subjected to various types of cruelty.

The apex court had earlier dismissed the Tamil Nadu government's plea seeking a review of the 2014 judgement banning the use of bulls for Jallikattu events in the state and bullock cart races across the country.

The court in its 2014 judgement had said bulls cannot be used as performing animals, either for Jallikattu events or bullock-cart races in Tamil Nadu, Maharashtra or elsewhere in the country and had banned their use across the country.

Malayalam Actress Sanusha Molested On Train, Says Has Lost Faith In Society After Only 2 Passengers Came For Help