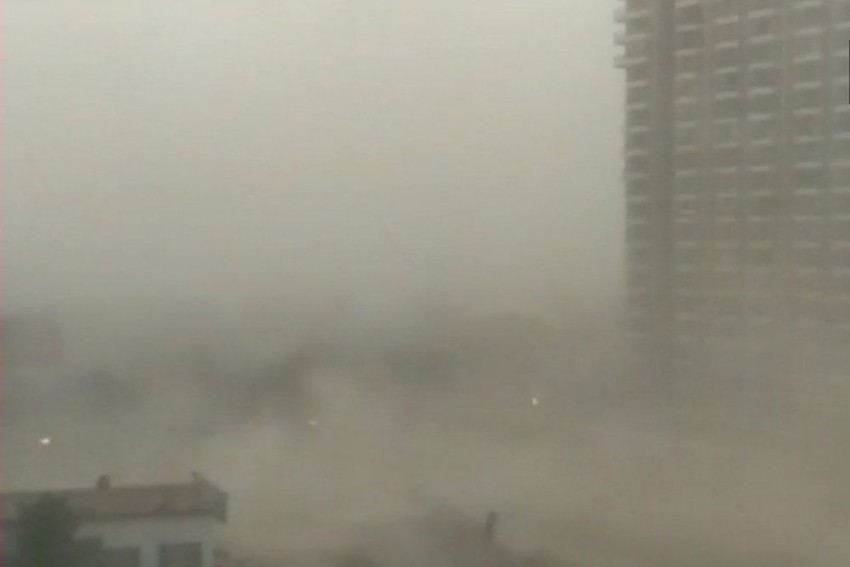 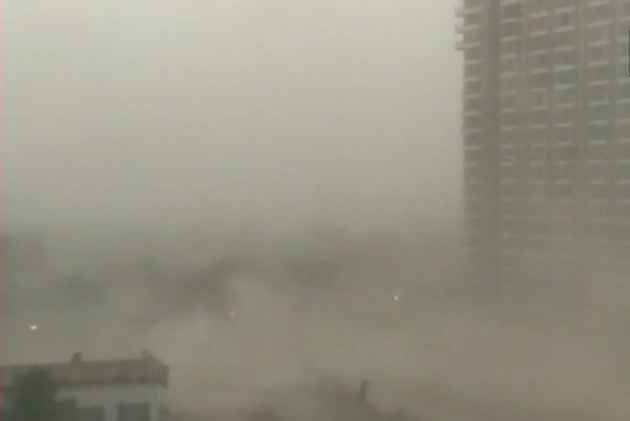 A squall and sudden dust storm with a wind speed of up to 109 kmph accompanied by light rain hit Delhi this evening after a scorching day, a Met department official said.

The sky turned cloudy around 4:30pm and gusty winds swept the national capital.

The sudden change of weather in Delhi forced airport authorities to divert at least 10 domestic flights, an official said. Vistara's Srinagar-Delhi flight was diverted to Amritsar and its Lucknow-Delhi flight was sent to Lucknow due to the inclement weather.

Flight movements at #Delhi's Indira Gandhi International Airport put on hold, due to the thunderstorm. pic.twitter.com/mBhA7xjARW

However, the relief to Delhi residents came after a sweltering day, when the maximum temperature had reached 40.60 degrees Celsius, a notch above the normal, the meteorological department official said. Humidity during the morning hours was recorded at 60 per cent, the official added.

The India Meteorological Department yesterday predicted that Uttarakhand, Jammu and Kashmir and Himachal Pradesh would witness thunderstorm accompanied by squall.

Thunderstorm over the northern hill-states and its effect in the plains is due to a western disturbance, the IMD said.