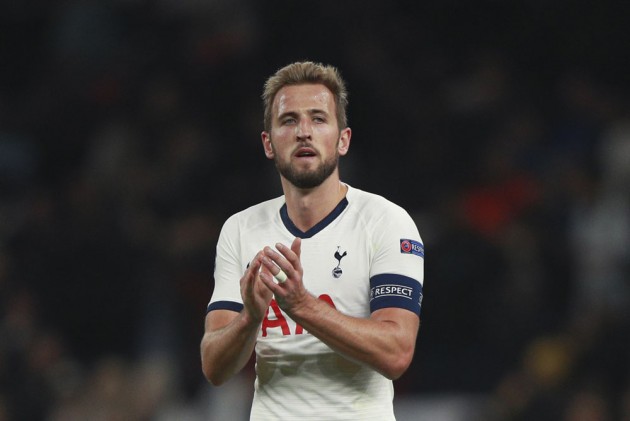 Kane will spearhead the attack at Anfield in his side's first shot at exacting a measure of revenge for June's 2-0 defeat in Madrid.

Reds defender Van Dijk had the striker's measure in that match and kept the England captain goalless in a Nations League win for the Netherlands less than a week later.

But the star centre-back and his six fellow Ballon d'Or nominees do not intimidate Tottenham's talisman, even though they have won eight and drawn one of their nine Premier League games this season and are unbeaten in the top flight since January.

"Van Dijk is a great defender but he's not ­invincible and Liverpool are not invincible," said Kane, who battled back from an ankle injury to feature in the Champions League final.

"We just have to concentrate on ourselves. Any team can be beaten on any day and we just have to try to make sure we do that at Anfield.

"As a striker, it's not just ­one-v-one on the pitch; there's a lot that goes into it. Van Dijk is an amazing defender and he has had a fantastic couple of years at Liverpool.

"From my point of view, it's just about playing my game and making my movements, doing my runs and trying to get on the scoresheet, trying to get assists.

"At the end of the day it's a team game, so we all have to be on it with each other and that's the main aim."

@HKane entered the @premierleague 100 Club with a dramatic late penalty at Anfield in 2018!  #THFC  #COYS pic.twitter.com/G7IN6CIptW

Underwhelming for much of this season, Spurs gained a valuable morale boost with a 5-0 midweek win over Red Star Belgrade in the Champions League.

"For me, it is a joy to go there and the motivation is there is there to play in a stadium like Anfield – it is always amazing," Pochettino told Sky Sports.