Timo Werner was delighted to mark his return to Leipzig with a brace in Germany's 3-1 win over Ukraine on Saturday. 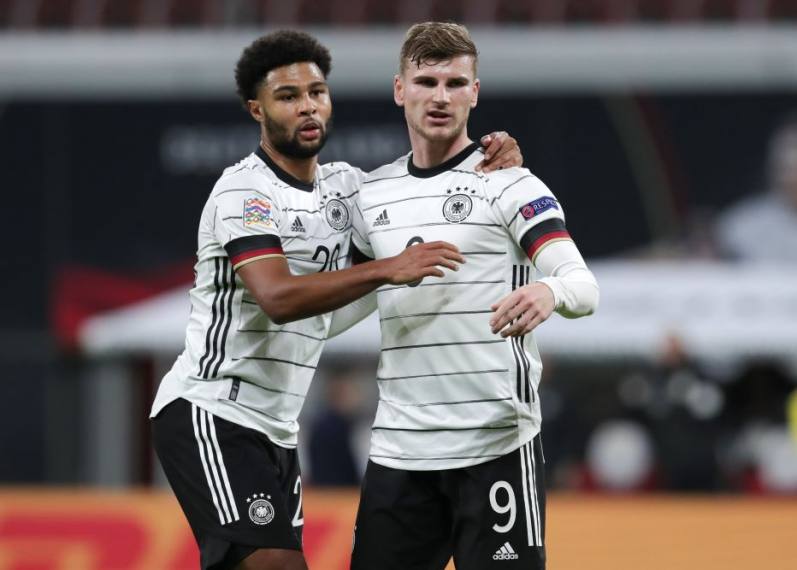 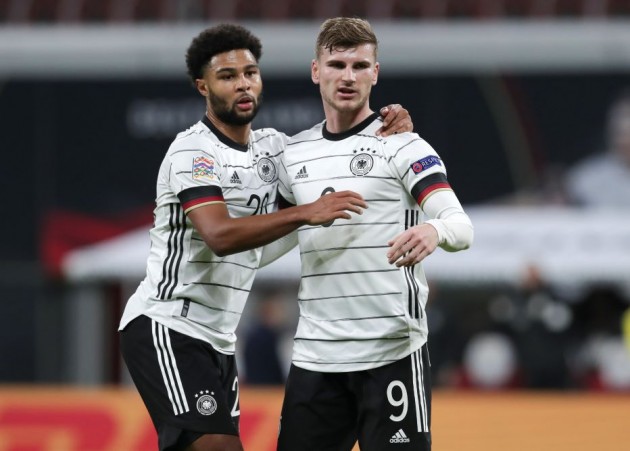 Timo Werner was delighted to mark his return to Leipzig with a brace in Germany's 3-1 win over Ukraine on Saturday.

Werner, RB Leipzig's all-time leading goalscorer, left the Bundesliga club for Chelsea in June, but starred back at his previous home.

The forward was pleased with his brace and said Germany were only getting better.

"My first goal was really simple because the assist from Leon [Goretzka] was very, very good," Werner told DFB.de.

"To score two goals here in Leipzig, where I had four great years, is a great feeling. I always enjoy returning to Leipzig. It's a shame that we couldn't have any fans in here.

"Overall, it was a good performance. Our form is picking up and going forward things are looking pretty good. We're also getting more solid at the back.

"We are working hard so that we can have a good Euros next year."

Goretzka also set up Sane's equaliser and his five total shots were the most of any player on the pitch.

Ilkay Gundogan, meanwhile, completed 97 of 104 passes and had 67 in the opposition half, which was 26 more than the next best – defender Niklas Sule.

Germany coach Joachim Low was satisfied with his side's performance.

"That wasn't an easy game for us. Everyone saw that Ukraine can play," he said.

"In the first half, we set a high tempo and had the game under control, in the second we weren't quite so determined and lost the ball a few times. Overall, I think we can be satisfied.

"We had to replace a few players, but we were still able to find our rhythm. We brought tempo and a threat to the game with our three quick forwards, who kept our opponents busy all game.

"In defence, we tried to break down Ukraine's passing channels early, which is why we tested Robin Koch in the middle. He did a good job. Toni Kroos will return to the team on Tuesday against Spain."

Germany are a point clear of Spain ahead of their meeting – their final group games – in Seville.