The only major name missing was opener Tamim Iqbal, who ruled himself out recently having not played a T20 since March 2020 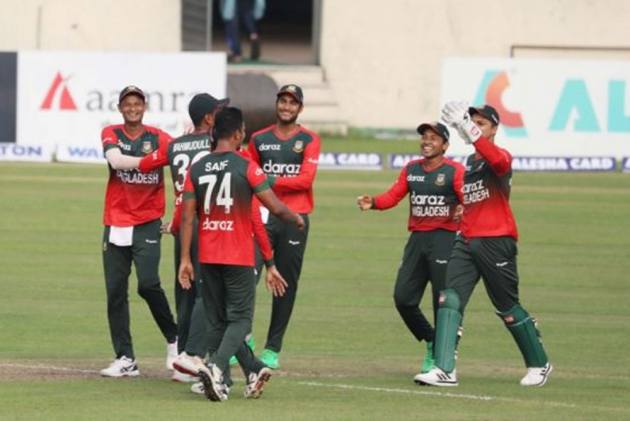 Bangladesh kept all of the players who earned first series wins against Australia and New Zealand for its Twenty20 World Cup squad on Thursday. (More Cricket News)

The only major name missing was opener Tamim Iqbal, who ruled himself out recently having not played a T20 since March 2020. He was the team's leading run-scorer until passed by Shakib Al Hasan last month and captain Mahmudullah last week.

Tamim reasoned that current openers Liton Das, Soumya Sarkar and Mohammad Naim should be preferred ahead of him because they have been playing regularly, and the selectors agreed.

"Tamim is one of the best players for us in all three formats,” chief selector Minhajul Abedin said.

“Those who replaced him have got a nice platform, and they have the ability to play well in the World Cup. We have kept faith on them.”

Those victories have given Bangladesh a confidence the selectors couldn't ignore, Abedin said, even though their widely criticized slow home pitches will not resemble the World Cup tracks in the United Arab Emirates and Oman next month.

"Wins against the likes of Australia and New Zealand boosts the players' confidence to do well in the World Cup. This team has the ability to take the pitch out of the equation.”

Mahmudullah, Shakib, Sarkar, Mushfiqur Rahim, Mustafizur Rahman and Nurul Hasan Sohan have been retained from the 2016 World Cup squad which didn't get out of the group stage. On standby were Rubel Hossain and Aminul Islam Biplob.