It is being alleged that Pakistan's head coach Mickey Arthur wants wants Shahdab Khan to become limited-overs captain, while Babar Azam should skipper the Test side; replacing Sarfaraz Ahmed. 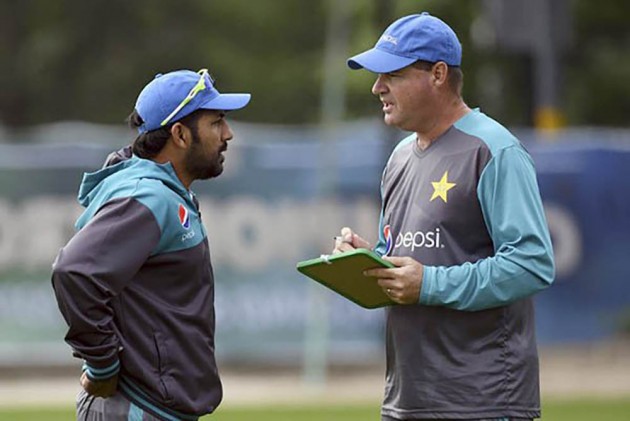 According to a PTI report, Pakistan cricket team head coach Mickey Arthur has recommended to the Pakistan Cricket Board's (PCB) Cricket Committee to sack Sarfaraz Ahmed from captaincy. Arthur is also believed to have asked for two more years to deliver results.

The committee reviewed the team's performance in the last three years, inluding a dissapointing display in the recently concluded Cricket World Cup.

A PTI source has revealed that Arthur wants Shahdab Khan to become limited-overs captain, while Babar Azam should skipper the Test side.

"Arthur did have some negative things to say about Sarfaraz's captaincy skills to the members," the source said.

"I need two more years with the Pakistan team and then I can deliver remarkable results," Arthur is believed to have told the Committee, headed by PCB Managing Director Wasim Khan.

Khan will also have one more session with the committee members on August 7 before forwarding reccomendations to board boss Ehsan Mani.

Arthur was appointed as the side's head coach since 2016. Under him, Pakistan won the ICC Champions Trophy.

According to speculation, the committee members are not happy with Arthur.

"The members were not satisfied with his argument that after the 2017 Champions Trophy the fielding standards of the Pakistan team went down after the forced exit of fielding coach, Australian Steve Rixon. Arthur made a big deal out of Rixon’s sudden departure in August 2018 as he had issues with the PCB management over delayed payments," according to reliable sources.