10 wickets fell on Day 2, five each for India and New Zealand, as bowlers continued to have a say in the first Test at Basin Reserve. Catch the day's highlights here: 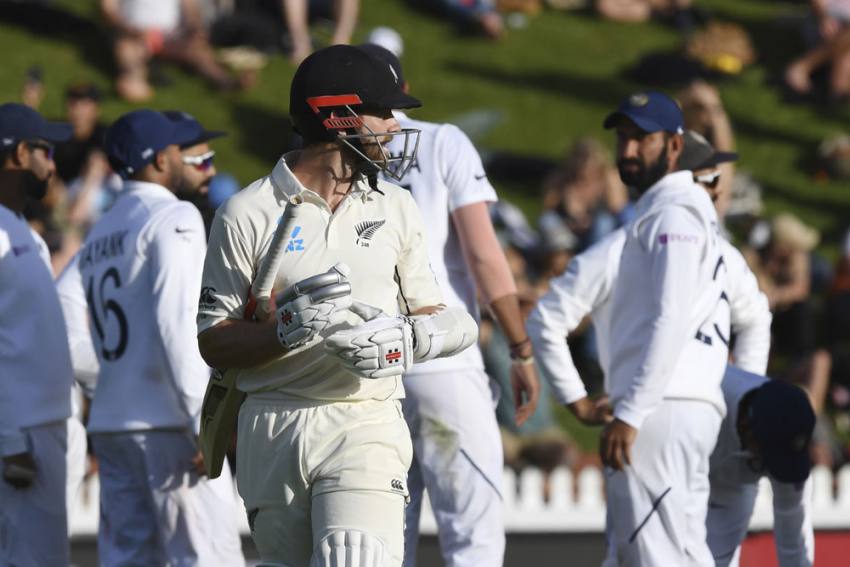 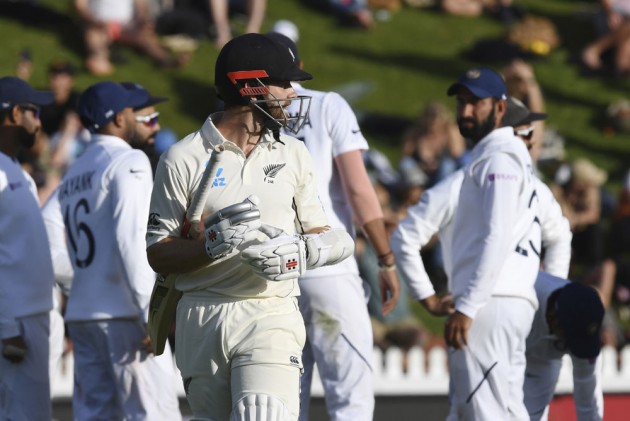 New Zealand were 216 for five in their first innings at stumps in reply to India's total of 165 on the second day of the opening Test at Basin Reserve, Wellington on Saturday. Catch Day 2 highlights here:

Ishant Sharma (3/31) took three wickets, dismissing both the openers -- Tom Blundell (30) and Tom Latham (11) and milestone man Ross Taylor (44), while Mohammed Shami (1/61) and Ravichandran Ashwin (1/60) snapped one each as India fought hard to keep their chances alive in the first Test.

BJ Watling (14) and Colin de Grandhomme (4) were at the crease as New Zealand took a 51-run lead. Kane Williamson (89) top-scored, while Ross Taylor (44) too chipped in with a useful contribution.

Earlier, resuming at an overnight score of 122 for 5, India lost the rest of the five wickets adding just 43 runs.

It's likely to be a long drawn session for India.

6:41 AM IST: Ishant Sharma resumes the proceedings after lunch.

6:03 AM IST: New Zealand openers Tom Latham (11 off 26) and Tom Blundell (6 off 22) negotiated the eight overs before Lunch on Day. They trail by 148 runs. India have used three bowlers -- Jasprit Bumrah, Ishant Sharma and Mohammed Shami.

5:19 AM IST: Jasprit Bumrah to start the proceedings. Tom Latham and Tom Blundell are the openers for New Zealand.

5:13 AM IST: Resuming at an overnight score of 122 for 5, India lost the rest of the five wickets adding just 43 runs. Debutante Kyle Jamieson and veteran Tim Southee took four wickets apiece. Jamieson (4/49 in 16 overs) and Southee (4/49 in 20.1 overs) took four of the five wickets that fell on the second morning with India adding only 43 runs to their overnight score of 122 for 5.

Rishabh Pant (19) started with a six but then a horrible mix-up with senior partner Ajinkya Rahane (46) resulted in a run-out and the little chances of recovery was gone for good. Ravichandran Ashwin got a beauty from Southee, pretty similar to what Prithvi Shaw got, while Rahane inside-edged one while trying to leave it alone.

It was Mohammed Shami (21), who chanced his arms a bit hitting a few blows that got India above 150-run mark. He added 22 runs with Ishant Sharma for the ninth wicket. They were both out in quick succession as the innings folded in only 68.1 overs.

4:24 AM IST: Horror show continues. Ajinkya Rahane and Rishabh Pant in a massive mix-up after the former played the second ball of the 59th over to backward point. Direct hit from Ajaz Patel at the striker's end. Ravichandran Ashwin got an absolute stunner from Tim Southee. Off stump gone. IND 132/7 (58.3); Ajinkya Rahane 39 (126), Ishant Sharma 0 (3)

4:01 AM IST: Ajaz Patel to start the proceedings, to Rishabh Pant.

3:50 AM IST: Weather first. It's cloudy and windy. And teams are already warming up. Expect full day's play today. But again, it will depend on how the wind 'plays'.

India lost their top-five, but vice-captain Ajinkya Rahane (38) held one end to give the visitors an outside chance of posting a good first innings total. With Rishabh Pant (10), Rahane had added 21 runs for the sixth wicket as India struggled to 122 for 5 when the play was stopped.

Put into bat, India lost Prithvi Shaw (16), Cheteshwar Pujara (11) and Virat Kohli (2) before lunch at the Kiwi pacers produced a disciplined performance under overcast conditions. Mayank Agarwal showed grit and determination in his 84-ball knock, but a poor shot selection just after lunch meant that India were down four. Hanuma Vihari didn't last long either.

For New Zealand, debutant Kyle Jamieson took three wickets for 38 runs while Tim Southee and Trent Boult got one each.