Lillard helped Portland Trail Blazers in a 123-119 win over the Sacramento Kings before the NBA All-Star break. 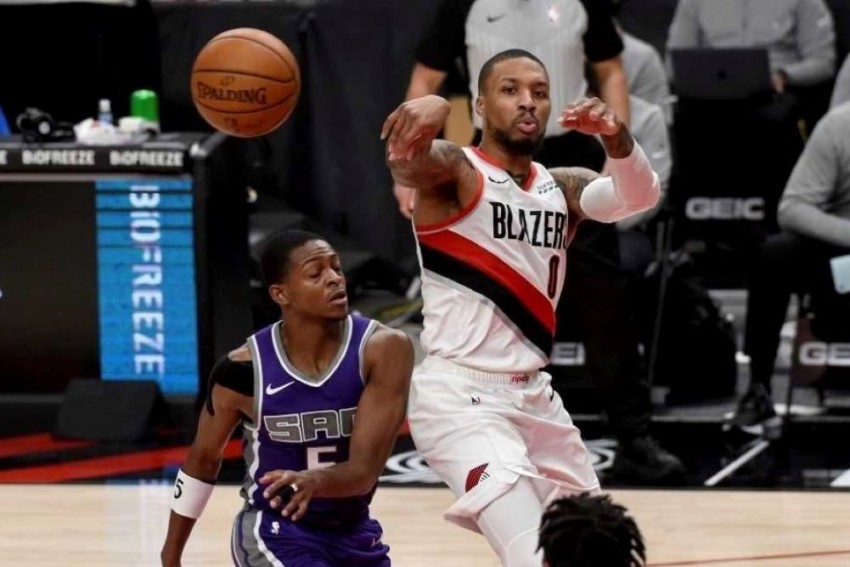 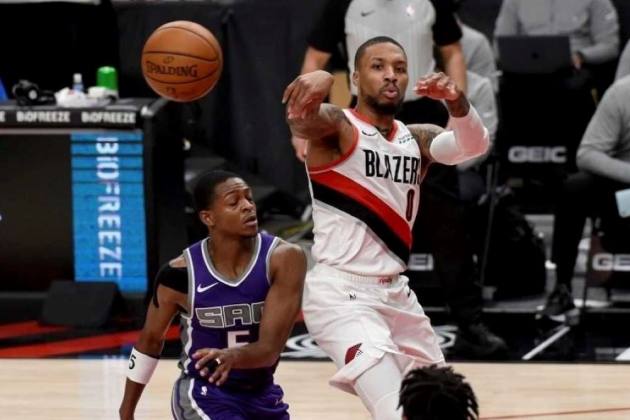 Damian Lillard posted 44 points for the Portland Trail Blazers in a 123-119 win over the Sacramento Kings before the NBA All-Star break. (More Sports News)

Lillard shot eight three-pointers in a dominant display, while he scored 10 straight points down the stretch to help take down the Kings on Thursday.

Portland's Lillard is the first NBA player to hit a game-winning field goal while trailing in the final 15 seconds one day and then follow that up with a 40-point game the next day since Los Angeles Lakers great Kobe Bryant did it on January 31 and February 1 in 2010, according to Stats Perform.

Tonight is the first time in franchise history the @trailblazers have had a player with 40+ points (Damian Lillard) and another player with 20+ points and 20+ rebounds (Enes Kanter) in the same game.

According to Stats Perform, it is the first time in franchise history the Trail Blazers have had a player with 40-plus points and another with 20-plus points and 20-plus rebounds in the same game.

Elsewhere, Ja Morant and Jrue Holiday traded clutch buckets in the final 10 seconds, with the latter earning the Milwaukee Bucks a game-winning lead with two seconds remaining in their thrilling112-111 win over the Memphis Grizzlies.

Two-time reigning MVP Giannis Antetokounmpo, who was the first pick by Team LeBron for Sunday's All-Star Game in Atlanta, fuelled the Bucks by scoring 26 points, 11 rebounds and eight assists.

The depleted Toronto Raptors lost 132-125 to the Boston Celtics, but Kyle Lowry impressed. The veteran guard finished with 14 points and 19 assists. He tied a franchise record with his 19 assists, matching Damon Stoudamire (1996) and Jose Calderon (twice). Chris Boucher led the way with 30 points in the absence of stars Pascal Siakam and Fred VanVleet, as well as head coach Nick Nurse and other players and staff due to the league's health and safety protocols. Boston's Jayson Tatum starred with 27 points, 12 rebounds and five assists as the Celtics claimed their fourth win a row.

Bradley Beal (33 points and seven rebounds) and Russell Westbrook (27 points, 11 assists and nine rebounds) were exceptional as the Washington Wizards produced a big second-half performance to knock off the Los Angeles Clippers 119-117. The Clippers were without Paul George.

MVP candidate Nikola Jokic put up 20 points and 12 rebounds in the Denver Nuggets' 113-103 win at the Indiana Pacers.

The New York Knicks topped the Detroit Pistons 114-104 behind Julius Randle's double-double of 27 points and 16 rebounds, while he also tallied seven assists.

Shai Gilgeous-Alexander's 33 points and eight assists inspired the Oklahoma City Thunder to a 107-102 win against the San Antonio Spurs.

Pacers guard Malcolm Brogdon had a night to forget in his side's loss to the Nuggets, which leaves Indiana 16-19 and slipping from playoffs contention in the Eastern Conference. Brogdon finished with 10 points from 34 minutes on court, shooting at four-of-14 from the field, while he missed all five of his three-point attempts.

New Orleans Pelicans forward Josh Hart nailed a buzzer-beating half-court short at the end of the third period against the Miami Heat. Without All-Star Zion Williamson due to a toe injury, the Pelicans were trailing 77-67 at the time as Hart drained a long-range shot with 0.3 seconds remaining. The Pelicans still lost 103-93 to the Heat.

Josh Hart from past halfcourt!

The NBA takes a brief recess until March 10, with the All-Star Game scheduled for Sunday.