Manchester United and Manchester City played out a 0-0 draw in Saturday's derby, with neither side doing enough to seal three points. 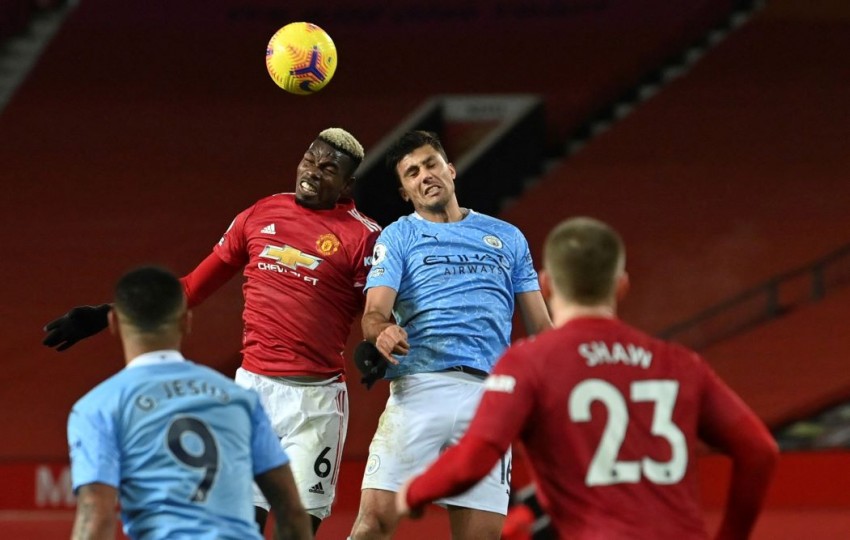 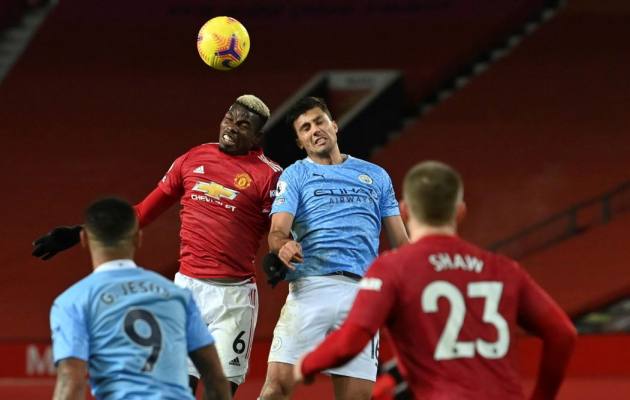 Ole Gunnar Solskjaer came under increased scrutiny after United suffered a 3-2 defeat away to RB Leipzig in Europe on Tuesday, his team only showing some spirit once they were three goals down.

But in Saturday's Manchester derby they came up against a City side that rarely showed the levels of intensity displayed by the Germans in midweek, with Solskjaer potentially seeing the stalemate something of a missed opportunity.

City crafted the better chances even though they were far from their fluent best, but ultimately neither side deserved to make the breakthrough as they remain neck-and-neck in seventh and eighth in the table, United now with just five points won at home this term.

The spoils are shared at Old Trafford in the Manchester Derby #MUNMCI pic.twitter.com/cccs2KZExW

Despite unsurprisingly seeing more of the ball throughout, City looked sluggish and lacking in imagination, and they almost trailed 11 minutes in as Victor Lindelof's flick-on at a corner bounced agonisingly over the foot of the unmarked Scott McTominay at the far post.

The visitors did craft an opening soon after, with Aaron Wan-Bissaka turned inside-out by Raheem Sterling before Harry Maguire produced a vital block.

United had another escape 10 minutes before half-time as City caught them on the break, David de Gea thwarting Riyad Mahrez after being cleverly released into the box by Kevin De Bruyne.

The hosts initially showed greater intent after the restart and seemingly won a penalty when Marcus Rashford was clipped by Kyle Walker, only for VAR to bail out the City defender as his England colleague had strayed marginally offside.

But that was not a sign of an impending flurry of activity in the second period. While City dictated the tempo, chances were infrequent and United had few opportunities to counter.

What does it mean? A convenient draw

Going into a Manchester derby, it is only natural to feel a sense of excitement, but perhaps we expected too much this time around.

City have begun to kick-start their season lately and were potentially focused on not risking a great deal, while defeat for United would have been grim following Tuesday.

In the end, a draw seems a convenient outcome for both sides – it is difficult to argue either team was truly bent on claiming a victory at all costs, as there were only four shots on target in the whole game. Nevertheless, it was surprising to see a Guardiola side play so conservatively.

De Bruyne let down by City

While it was a game of few standout performances, De Bruyne was at least bright. The Belgian created a game-high three opportunities – including the glorious chance wasted by Mahrez – and was at the heart of everything good for City, not that they did a great deal well.

In fairness, United's midfield dynamo cannot be expected to bail United out every week, but there is no getting away from the influence he has on them.

This was the eighth Premier League game Bruno Fernandes has played in which he failed to score or get an assist – United have won only two of those. That is not to say he was especially bad, as he did lay on two key passes, but it just was not his day.

- Manchester United have kept three consecutive clean sheets against Manchester City in all competitions for the first time since a run of four in October 1995.
- This was just the fifth goalless draw between these two sides in 47 Premier League meetings, with three of them coming in the last 11 clashes.
- United have failed to find the back of the net in three home league games this season, one more than in the whole of last season.
- Three of the last four instances of City mustering fewer than 10 shots in a single Premier League away game have come at Old Trafford, with Pep Guardiola's men managing nine in this game.
- Raheem Sterling extended his run of never scoring against Manchester United to 17 Premier League games, over 10 more games than he has faced any other side in the competition without a goal.

The hectic Christmas period begins in earnest and United are next in action at Sheffield United on Thursday, before hosting bitter rivals Leeds United three days later. City welcome struggling West Brom to the Etihad Stadium on Tuesday and then go to Southampton next in a week's time.