Since Kevin De Bruyne signed for Manchester City in August 2015, he has won eight trophies including two Premier League titles. And more are coming 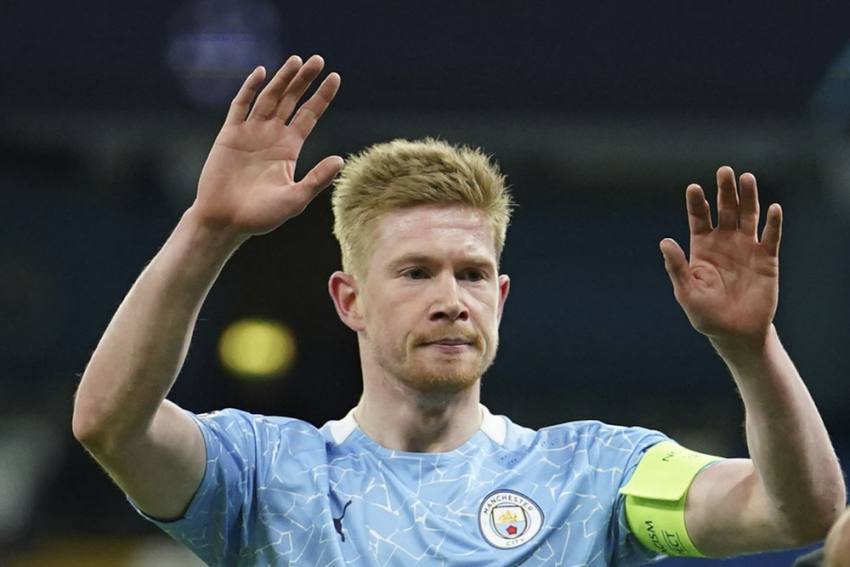 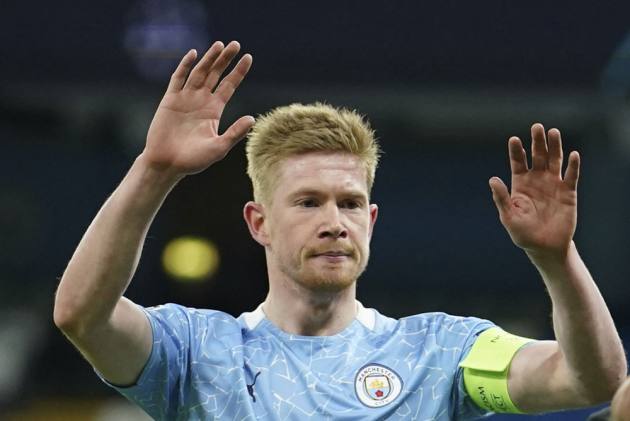 Kevin De Bruyne has given Manchester City a huge boost ahead of their final push for the quadruple, signing a new contract with the club until 2025. (More Football News)

Since De Bruyne signed for City in August 2015, he has won eight trophies including two Premier League titles.

City are still dreaming of winning the Premier League, FA Cup, EFL Cup and Champions League as part of a memorable 2020-21 season under Pep Guardiola.

They will now do that safe in the knowledge their 29-year-old playmaker has committed the remainder of his peak years to them.

"I could not be happier," De Bruyne told the club's official website after the deal was signed on Wednesday.

"Since joining City in 2015, I have felt at home. I love the fans, my family are settled here in Manchester and my own game has developed really well.

"This football club is geared for success. It offers me everything I need to maximise my performance, so signing this contract was a straightforward decision.

"I am playing the best football of my career and I honestly feel there is more to come."

If there is really even more to come from De Bruyne, City are poised to remain at the top of the game as he has already recorded some extraordinary statistics.

After his new deal, we have looked at some of the best Opta data to highlight his significance to City and the Premier League as a whole.

De Bruyne has a stellar Premier League record since returning to England's top-flight, where he had briefly represented Chelsea.

After reviving his career with Wolfsburg, he has played in 176 league matches for City and scored 41 times while adding 76 assists.

Over that period, former Tottenham star Christian Eriksen (51) is the only other player to create more than 50 Premier League goals.

City actually hold three of the first four spots, with David Silva (44) and Riyad Mahrez (41) up next, highlighting the free-flowing style of play and dominance of opponents they have often shown under Guardiola.

De Bruyne is far and away the league's best when it comes to chances created as well, with 535 shooting opportunities created for his team-mates.

De Bruyne has played 15 more Premier League games than Eriksen during the period and 32 more than Silva, so does he remain the cream of the crop on a per 90 minutes basis?

De Bruyne averages 0.5 assists per 90 minutes, the best rate of any Premier League player to have played at least 38 games since his debut in 2015.

There are some interesting names behind him, with Bruno Fernandes – who is just 44 games into his Premier League career – recording impressive assist figures of 0.43 per game.

It is only former West Ham star Payet – over a much smaller 45-match sample size – who has created more chances per 90 minutes at 4.41 since the City star debuted.

De Bruyne has maintained an average of 3.53 chances created per game over a 176-game span, putting him ahead of the other top creators English football has seen like Ozil (3.28), Cesc Fabregas (3.04) and Eden Hazard (2.87).

When we move beyond the Premier League to all competitions, De Bruyne has 65 goals and 101 assists for City. Forwards Sergio Aguero (149), Raheem Sterling (112) and Gabriel Jesus (81) are the only players to score more goals than him.

And his assists tally is well clear of anyone else in a blue shirt over that period, with Sterling (64) and Silva (54) the closest to him.

HAS DE BRUYNE SLOWED DOWN?

Knee injuries meant De Bruyne was only able to start 11 Premier League games in 2018-19, so has he slowed down in the two seasons since returning to fitness?

Over that short time period, De Bruyne still stands out as the league's best and has in fact improved his numbers.

He has 31 assists in the last two seasons, including a fantastic 20 in 2019-20 which tied the all-time record held by Arsenal great Thierry Henry.

De Bruyne has set up 209 chances for his City team-mates in two seasons, comfortably ahead of the next best creator in Grealish (166), with Alexander-Arnold (138) way back in third.

On a P90 basis, the Belgium international is setting up goals at a greater rate – 0.59 per game – in the last two seasons than in the first four years of his City career.

The players closest to him for assists in the last two years are Fernandes (0.43) and, perhaps surprisingly, Chelsea youngster Callum Hudson-Odoi (0.36).

De Bruyne is creating 3.99 chances per match – again meaning he has stepped up his creativity in the last two years.

City have retained the Premier League's best creator over the past six seasons and, in scary news for their rivals, the trends from the last two campaigns suggest De Bruyne is right to say his best may be yet to come.