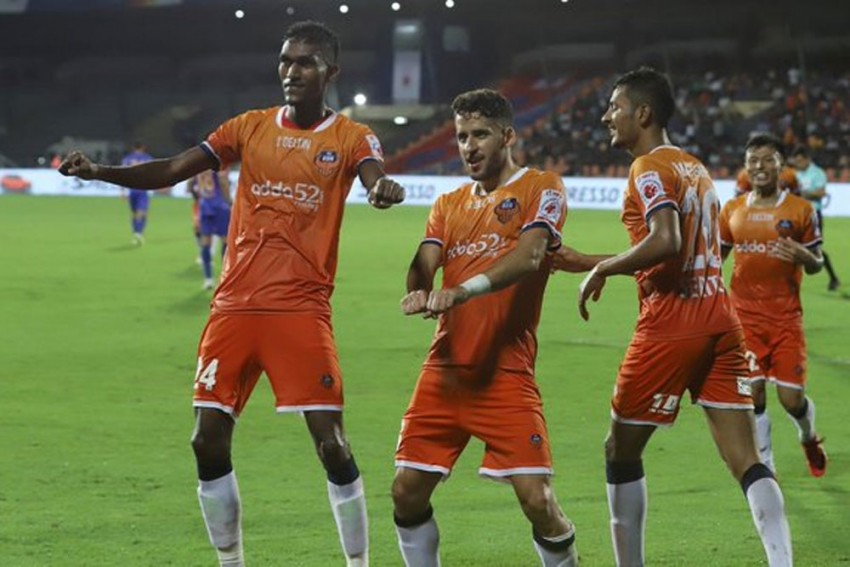 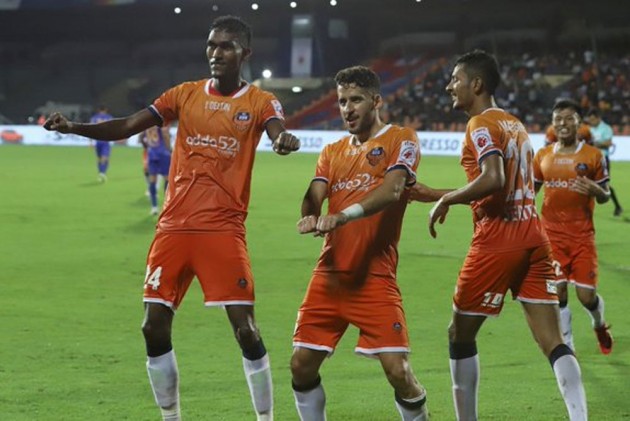 FC Goa returned to winning ways and climbed to the top of the Hero Indian Super League table with a 4-2 win against Mumbai City FC at the Football Arena, Mumbai on Thursday.

The goal-fest began with Lenny Rodrigues giving Goa the lead in the 27th minute. The visitors doubled their lead with a Ferran Corominas (45') strike just before half-time.

The second half saw three goals in the space of ten minutes, with Mumbai City equalising in quick session through Sarthak Golui (49'), Souvik Chakrabarti (55') and later Hugo Boumous (59') putting the visitors back in lead. Carlos Pena (89') scored another late in the game to rub further salt into Mumbai's wounds.

Sergio Lobera's team picked up their second win of the season and are atop with eight points after four rounds. Mumbai are fifth with four points in their kitty.

Mumbai refused to sit back and let Goa pass the ball around in the opening minutes but the hosts, however, failed to test Mohammed Nawaz's goal during that period. This allowed the visitors to get back into the game and draw first blood.

In the 27th minute, a Brandon Fernandes corner-kick found Lenny with just enough space inside the box to take a touch, turn and place his shot into the bottom left corner of the net to score his first goal for the club.

Mumbai responded well and pressed high up the field. Bipin Singh's cross from the flank was met by Subhasish Bose who headed it into the path of Diego Carlos. The Brazilian striker hit the side-netting from a dangerous position, leaving the Goan defence relieved.

At the stroke of half-time, Goa carved the Mumbai defence open with a simple yet effective passing move. Boumous fed Seriton Fernandes in behind Bose and the full-back's cross into the centre was well received by Ferran Corominas who took a touch and found the net to score the Gaurs' second.

The hosts came out for the restart with renewed vigour and hit back immediately. Mohammed Larbi's corner-kick from the left found Golui at the far post and the defender, left completely unmarked, nodded a looping header into the net.

Mumbai soon pulled level courtesy of a neat finish by Chakrabarti. Bipin's cross into the box was initially cleared but the ball fell to Raynier who laid it off for Chakrabarti to execute an excellent strike into the bottom corner.

With the sides level and nothing to separate them, the match opened up. Goa regained the lead when Mourtada Fall rose highest inside the box to a flick a free-kick across goal towards Boumous. The 24-year-old midfielder’s header bulged the net, leaving Amrinder with no chance.

Goa added a fourth to seal the win in the 89th minute. Edu Bedia's free-kick from the right flank was met by Pena with a smart flick to guide it past the goalkeeper.