Something which was long-awaited, Sanju Samson has sent Twitter into a state of frenzy, after replacing Rishabh Pant in Team India for the 3rd T20I Vs Sri Lanka. 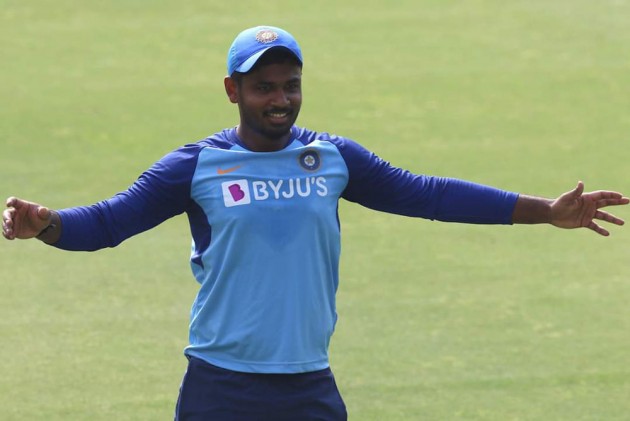 In a big change for India, Sanju Samson has replaced Rishabh Pant in the 3rd T20I against Sri Lanka, at the Maharashtra Cricket Stadium. The 25-year-old inclusion sent cricket fans into a state of frenzy on Twitter, who had long waited for him to replace the error-prone Pant.

The wicket-keeper batsman is known for his technique and has played 93 matches in the Indian Premier League, where he has scored 2209 runs, with a highscore of 102, coupled with two tons and 10 fifties.

Here are the reactions on social media:

Finally, finally, and finally Sanju Samson gets his much deserved opportunity!!! Makes it into the playing 11@ShashiTharoor happy days ahead sir!#INDvSL #cricbuzzlive #starsports

Delighted to see Sanju Samson get his opportunity, post warming the bench for 8 consecutive T20Is. Albeit, Pant too should've played. Manish Pandey wasn't requisite tonight, in my opinion. #INDvSL https://t.co/MZGRKDQDbk

Finally Sanju Samson get the opportunity .. Thank you to VK and the management ..
All the very best champ . @IamSanjuSamson

Sanju last played for India in 2015 against Zimbabwe I guess.

He was sitting on the bench for the last 8 T20 matches,..

Finally.. #SanjuSamson gets a game..

This is also the Kerala man's 2nd T20I, and he last played for India in 2015 Vs Zimbabwe. Sanju Samson (2) has also missed the most T20Is between two appearances for India. He leads a list consisting of Umesh Yadav (65) and Dinesh Karthik (56).