The draw to determine the matches of the upcoming FIH Hockey Olympic qualifiers will be held on September 9 and Dhanraj Pillay feels that India can qualify for the event. 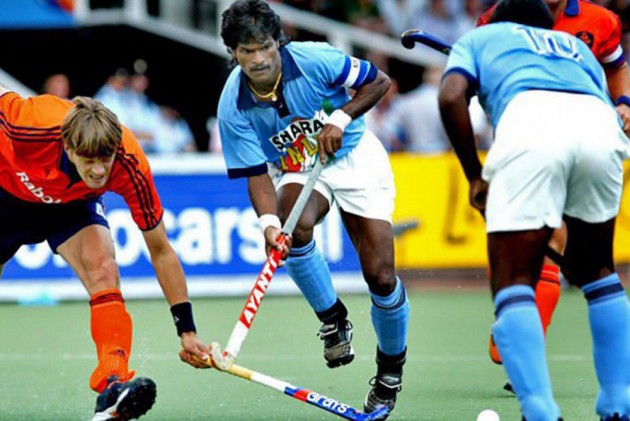 Insisting that India is currently at par with other leading hockey-playing nations, four-time Olympian Dhanraj Pillay says he is confident of the national team's qualification for next year's Tokyo Games.

The draw to determine the matches of the upcoming FIH Hockey Olympic qualifiers will be held on September 9 at the International Hockey Federation (FIH) headquarters in Lausanne, Switzerland.

It will be conducted by FIH CEO Thierry Weil and will be streamed live on the FIH Facebook page.

14 men's and 14 women's teams, including India, will be involved in the draw.

"Right now, we (India) are at par with Australia, Germany, Holland, Argentina, Belgium and so they (the team) should not be scared to face any team and move ahead with full confidence," Pillay told reporters here on Thursday night after attending a National Sports Day function organised by the Maharashtra government.

Pillay, who also played in four World Cups apart from four Asian Games, said the way the men's national team was performing right now, they would surely make it to the Tokyo Games.

"It is very important that first we qualify for the Olympics. It is not only my dream but that of the entire hockey fraternity that Olympics medal should come to India because last was in 1980 Games. After that we have struggled to get a medal in the Olympics," he noted.

India won the last medal in hockey at the Olympics -- a gold -- in the 1980 summer Games at Moscow, but after that, the country hasn't tasted any success at the quadrennial event. They had even failed to qualify for the 2008 Beijing Olympics.

The former skipper feels the real work for coach Graham Reid and his men would begin after qualifying for the Olympics.

"The way the team is performing and playing right now, I am confident that they will qualify for the Olympics and after that their (real) works starts because Olympics is a different ball game and you can't take even one match lightly. Points are important in every match and you will be playing 5-6 (teams) on alternate days," Pillay said.

Pillay, who hails from Khadki area in Pune, also heaped praise on Australian Reid, saying he was doing his job earnestly.

"As of now, he (Reid) is doing a good job. His job is to coach and he is doing the job earnestly," Pillay signed off.