Home  »  Website  »  Sports  »  IND Vs ENG: It Will Be A Different Challenge With Pink Ball And I Will Be Ready, Says Jack Leach

IND Vs ENG: It Will Be A Different Challenge With Pink Ball And I Will Be Ready, Says Jack Leach

Leach is aware that with the pink ball, which tends to move around a lot more than the traditional red cherry, his role could change over the next few days. 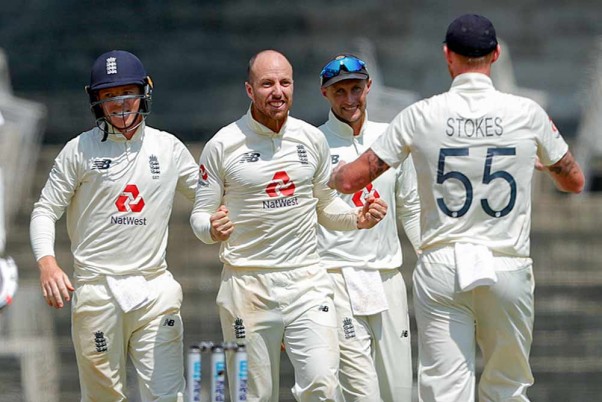 Jack Leach celebrates with his teammates during the 2nd Test match in Chennai.
PTI Photo
PTI 2021-02-23T14:15:14+05:30 IND Vs ENG: It Will Be A Different Challenge With Pink Ball And I Will Be Ready, Says Jack Leach

England's lead spinner Jack Leach says he is ready for a new role as the day/night pink ball Test against India looks set to bring the seamers back into the forefront after the tweakers' domination in the first two matches. Schedule | News | Gallery | Live Streaming

The third Test of the four-match series, that is levelled at 1-1, will be played at the refurbished Motera Stadium here from Wednesday.

Leach is aware that with the pink ball, which tends to move around a lot more than the traditional red cherry, his role could change over the next few days.

"We want to be adaptable, we feel like we've got all bases covered in our squad so I think it's going to be a fascinating Test match if the ball is moving around, and if so, it might be a slightly different role for me," Leach wrote in 'Sky Sports'.

"I've definitely thought about that - it'll be a different challenge and I'll be ready."

Both sides are wary of how the pink ball would behave under lights on a newly laid strip. Batting in the twilight phase has been one of the talking points going into the game, with India opener Rohit Sharma saying he would be extra cautious during that period.

On England's preparations, Leach said, "We had a good session under lights that started in that twilight period and while I don't have much experience of playing in these day-night games, I've heard that during twilight can be a tough time to bat.

"The pink ball has definitely swung a little bit more than the red one out here and, at the moment at least, the pitch looks like it's got a bit of grass on it.

"...they might cut all that grass off and it will look very different. it is a truer wicket, then it'll spin less but if it is like the last Test, then it isn't going to matter what colour the ball is, it'll spin!"

Leach, a left-arm spinner, played down the chatter around the pitch used for the second Test in Chennai, saying the team offers no excuses for their massive 317-run defeat in that match.

"I know a lot of people were talking about the pitch in the last game but for us as players, it's really important that we're trying to put good performances in whatever pitch we're playing on; there are definitely no excuses from inside the camp.

"We want to be adaptable on all surfaces and I think we've shown that."