Famous badminton coach Vimal Kumar feels that sports officials should move on after their 12-year tenure, but many are not willing to accept the rules. 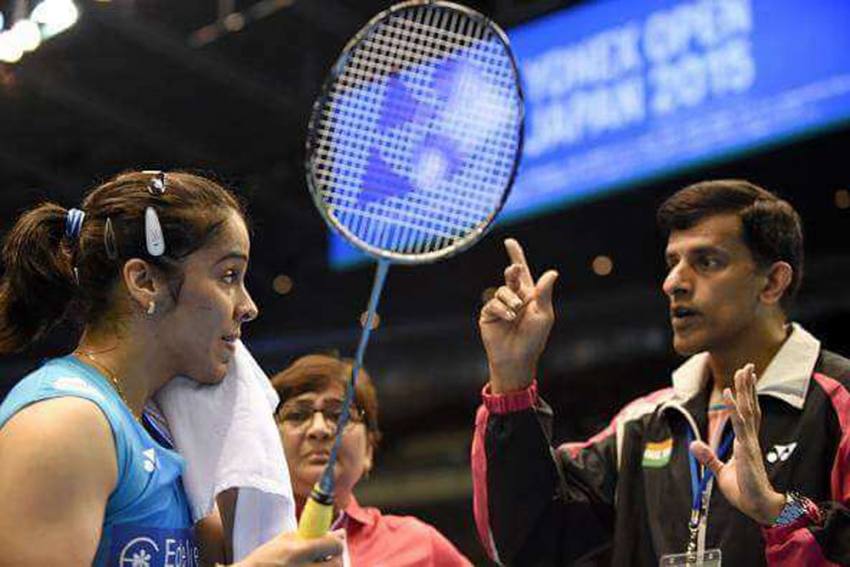 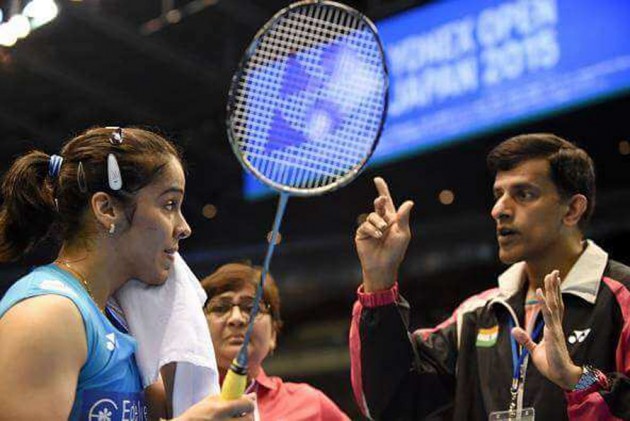 Twice national badminton champion and renowned coach U. Vimal Kumar says that 12 years is a long enough time for a sports administrator to do a meaningful job and that once the tenure is over he/she should move on and let new ideas come in. The rule of 12-year tenures for office-bearers of the national sports federations (NSFs) and the Indian Olympic Association (IOA) is part of the draft of the National Code for Good Governance in Sports 2017. There are several other stipulations in the draft -- like age cap of 70 years, cooling-off period, bar on politicians/government servants – that seasoned administrators have rejected.

Then, the sports ministry, apparently under pressure from the IOA and the NSFs, recently constituted a 13-member committee, headed by Justice (Retired) Mukundakam Sharma of the Supreme Court, to “review” the 29-page draft. But advocate-cum-activist Rahul Mehra got a stay from the Delhi High Court, even before the committee could meet once, alleging conflict of interest of several members of the committee. The next hearing is on February 14.

Vimal Kumar is a co-founder Prakash Padukone Badminton Academy in Bangalore and the chief coach there.

Excerpts from the Exclusive Interview:

The IOA and the NSFs have rejected the 2017 Code, which has been drawn heavily from the Lodha Committee recommendations for cricket reforms that were approved by the Supreme Court. How do you look at the draft code as a former national badminton champion and coach?

It was done with a lot of good intentions. But then, later, it was interpreted in a different way by the federations that said there could be interference in their internal affairs and such things. But how it could be done? That is the main thing. So far tenure is concerned, it is 12 years, and in this period anybody could do a good job. Then, you should move on. But, that aspect, many are not willing to accept. You have to let go -- that sort of a mindset [is needed], because in India the tendency is to hold on to a particular position for a long period of time. And then if you have to [go], you act through proxy and such things. So, these are things definitely not good for sport, and you cannot compare it with politics and what politicians do. So, I don’t think in a sport, you should mix it up in politics. Even as a former sportsperson, if you are elected to do certain things you do for a certain period of time, but you cannot just sit there for too long. That, I definitely feel, should be done. Then, also the implementation -- how you can implement it. That is where the failure happens, and the committee has to find ways to get it implemented for that. Even inside the government itself, there are set of people who would like to see that as a failure. So, those sort of things are happening, and that is something sad. I don't know when it will change.

And in cricket, you cannot just keep saying that everything is a conflict of interest. If a sportsperson who is supposed to be involved in sport and cannot do certain things, it's interpreted as a conflict of interest. There is no end to it. So, again it is about how you go about things. You have to be sincere, transparent -- all this you can say, because you have to work according to your conscience, you have to be very clear. So, that has to happen in the sport because I very strongly feel in the next 10 to 15 years, sport will become very, very big in the country, professional sports management, and other things. We have to learn. Even from the point of view of athletes who want to get into sports governance. They also have to follow certain norms. Just because you're a good sportsperson doesn't mean that you can run a sport. You have to have certain qualities. So, those things should be very, very clear. So, it is a combination. I would blame politicians as well as sportspersons for making it a mess because everybody has a vested interest in this. That should not be the case, otherwise these are things [Sports Code] which can easily be implemented with the good suggestions given for.

The formation of this 13-member committee has come as a surprise to many people, because recently sports minister Kiran Rijiju had said that the National Sport Code would come soon. The Code was drafted in 2017, just 29 pages of the draft, but nothing happened. It actually goes back to 2011.

I remember that Mr Ajay Maken was the sports minister [May 2011-October 2012] and he had some good intention. It was quite good. It was done with a lot of good spirit. But at the time, they were just trying to first go at the cricket board [BCCI], and we were of the opinion that they should not go to cricket first because cricket is too strong a body and a lot of powerful people are involved in it. But slowly they should have set an example by implementing in other federations and took it forward. That could have been the right way. But you cannot overnight bring in changes; it can be done in a systematic way, making everybody aware that these are things you have to stick on, because now when it is straightaway being tried to be forced upon, there’s a lot of resistance. But whatever it is, it has to happen; it should be done. People who govern the sport should also understand that you are given a decent period of time to perform. Just because you have not performed, you would like to continue. At some point of time, you have to give way. That mindset we have to develop; that is the main thing.

And importantly you mentioned the word ‘conscience’.

Yes, conscience, because these are the things everybody knows; what needs to be done is very, very clear. But when it comes to the crunch...(laughs). So, that is what I feel.

Since this Sports Code has been hanging fire for so long, do you get a feeling, like some other people, that this committee has been formed to delay the implementation of the code or dilute it?

That is what is going to happen. The system is such that it is tough to bring in changes and so there will be...already there is resistance.

There is another fear with some people, that the contents of this draft will be diluted to suit certain people.

It just needs to be seen what they intend doing. I'm not really fully aware but broadly, as I mentioned to you, you have to have the mindset to let go and not just hold on to it. After all it is a sports body; it is not politics. Everybody has to realise that the tenure-based thing [governance] is very, very good. If you look at any administration, the politics involved in holding on to it, the efforts they put in for that, for staying on to the power, I feel that's absolutely ridiculous. At the end of the day, what are you gaining by it? It should be a joy of giving. You give what you can; remember, as everybody says, it’s an ‘honorary’ job. Then why do you have to stay on for such a long time? But you can argue on it and find different ways to stall it, but then that is not good.

And, maybe, the person who follows (in administration) would have brighter ideas.

Yeah. What you need to do is to leave a legacy behind. That’s not there. But that mindset you have to have. That's all I can say.