Jofra Archer took 2/32 against Australia as England booked their place in the World Cup final. He will have a key role to play in the Cricket World Cup final vs New Zealand 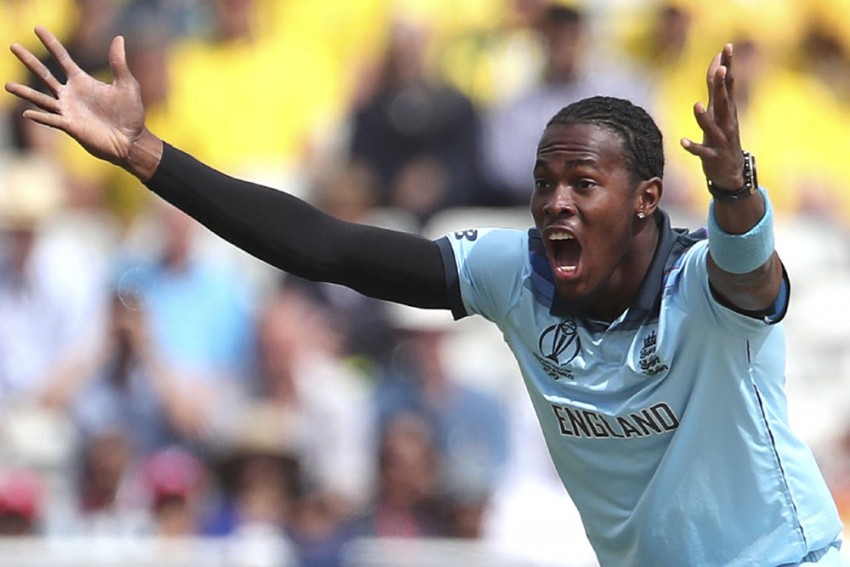 It has been a remarkable rise for Jofra Archer, who only made his international bow against Ireland at the start of May.
AP Photo
Outlook Web Bureau 2019-07-12T18:12:56+05:30 Cricket World Cup Final: Jofra Archer Wants To Hit Bullseye For England Vs New Zealand 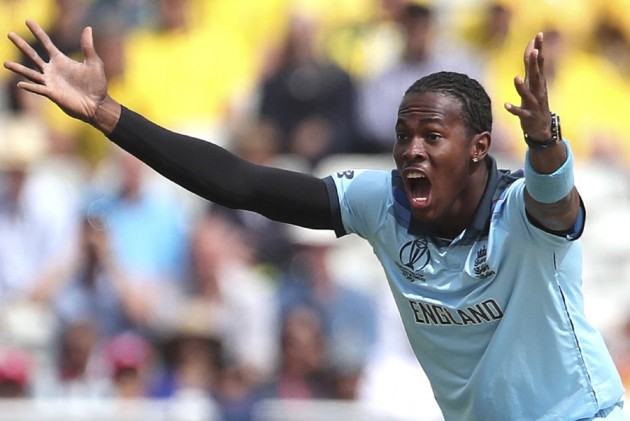 From the outside, Jofra Archer does not seem to be affected by nerves and according to the man himself, that is true of this entire England team. Archer set the ball rolling with his very first delivery of the ICC Men’s Cricket World Cup semi-final victory over Australia, trapping Aaron Finch leg before for a duck as England marched to an eight-wicket win at Edgbaston.

The success was as comprehensive as it was impressive with Archer later shaking up Alex Carey with a rapid bouncer and then removing Glenn Maxwell just as the big-hitting all-rounder was preparing to tee off.

And for Jofra Archer, it was clear from the moment the team got together on Thursday that they would be ready for England’s first ICC Men’s Cricket World Cup semi-final in 27 years.

He said: “I’m really calm. You got that feeling, even when we were at breakfast, I don’t think anyone looked nervous. I might be wrong.

“Everyone just looked focused from the time we got into the ground. It’s those little things that make you think the guys are ready.

“I’ve always been like this. I try not to get nervous because then you do things you are not meant to do. The calmer you are, the better you are in a situation.”

It has been a remarkable rise for Archer, who only made his international bow against Ireland at the start of May. He finished with figures of 2/32 from his ten overs in this game, but the fast bowler insists personal glory takes a back seat to the team’s success in reaching the final against New Zealand at Lord’s.

He added: “It hasn’t sunk in just yet. I’m just happy to play games and win games.

“We probably would have batted first. Personally, I like to bowl first and get the work done. Emotions were definitely flying after that (first wicket). Everyone looked a lot more focused and switched on.

“I’m just glad the team is doing well. I could be doing terribly but as long as the team is winning, I’m alright.