Arsenal are set to be without centre-back Shkodran Mustafi for the FA Cup final against Chelsea on August 1, Mikel Arteta said on Thursday 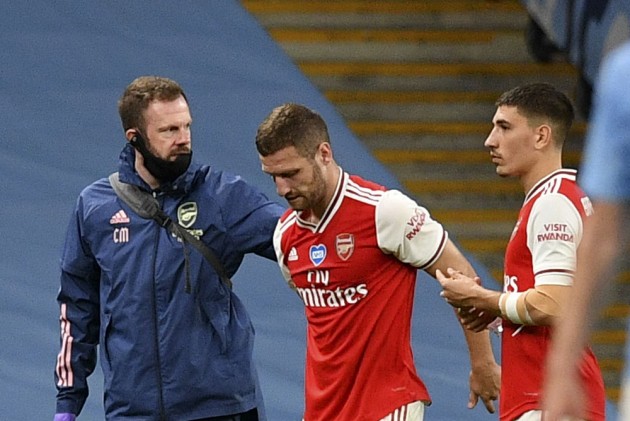 Arsenal progressed to the final with a 2-0 victory over holders Manchester City at Wembley last weekend, although they lost defender Mustafi to a hamstring injury late on.

The Germany international missed Tuesday's defeat to Aston Villa and will also be unavailable for Arsenal's final Premier League game of the season against Watford on Sunday.

And Arteta has conceded he is set to be without the 28-year-old centre-back for the clash with Chelsea on August 1.

"Musti is injured, we need to assess a little bit how long he's going to be out," he told a news conference.

"I doubt [he will be fit for the cup final], we have to see how he evolves in the next few days. At the moment I doubt it."

Mustafi's days at Arsenal appeared to be numbered earlier in the season, but the former Valencia man has enjoyed a resurgence under Arteta.

Arteta also stated both Matteo Guendouzi and Mesut Ozil were available for selection, even though the duo's exclusion from first-team affairs is widely expected to continue.