Qatar prevented another shock 2022 FIFA World Cup qualification result, with a win against Oman at the Jassim bin Hamad Stadium. Akram Afif and Almoez Ali scored for the hosts. 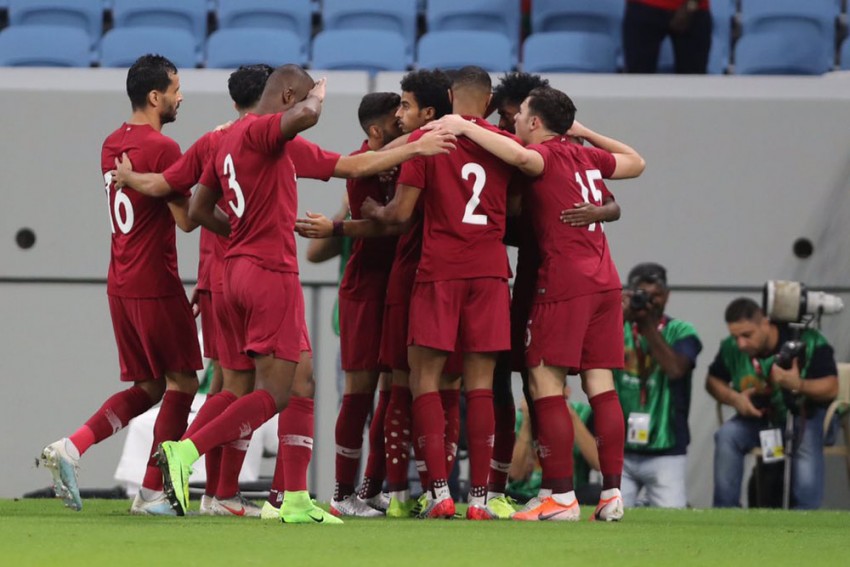 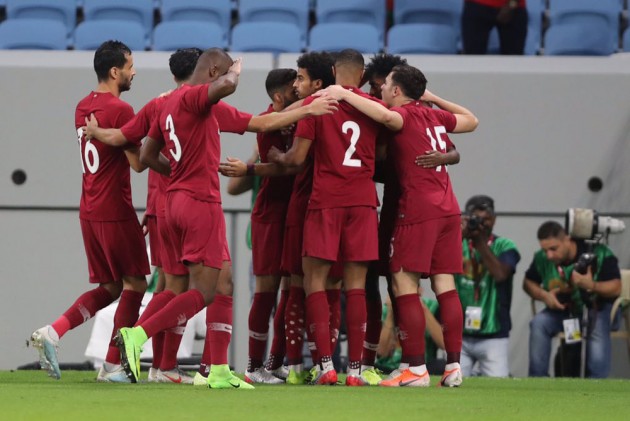 Qatar maintained their top spot in Group E of the 2022 FIFA World Cup qualification phase, edging past Oman via a 2-1 win on October 15.

The reigning Asian champions took the lead in the second minute, with Akram Afif finding the back of the net. It was Abdulaziz Hatim who put in a cross across the box, which was controlled by Yusef Abdurasig for Afif, who scored past Oman goalkeeper Faizy Al Rusheidi.

Qatar could have increased their lead in the 23rd minute, after winning a penalty. But Hassan Haydos's spot-kick was way too poor and it went wide.

The 2022 World Cup hosts kept on putting pressure in the first half, but couldn't increase their lead.

Oman began to apply pressure after half time, searching for the much-needed equaliser. In the 65th minute, Al Mandhar Al Alawi scored the leveler, going past Qatari defenders before unleashing a shot that went under the arms of the opposition goalkeeper.

The goal put Qatar in a tight situation, with Felix Sanchez attempting tactical tweaks for the winner.

Qatar had to wait till the 71st minute, with Almoez Ali scoring the winner. A lay-off by Afif set Ali up, whose shot went into the bottom corner.

The goal was enough for the Qataris to maintain their lead, and they absorbed pressure from Oman without much trouble.

The win enabled Qatar to maintain pole position with 10 points, while Oman remained at second with six points. In another Group E fixture, India were held to a 1-1 draw against Bangladesh at the Salt Lake Stadium.