​Though the Modi government claims 33 states and Union Territories are implementing NFSA,​ the facts on the ground ​are very different. 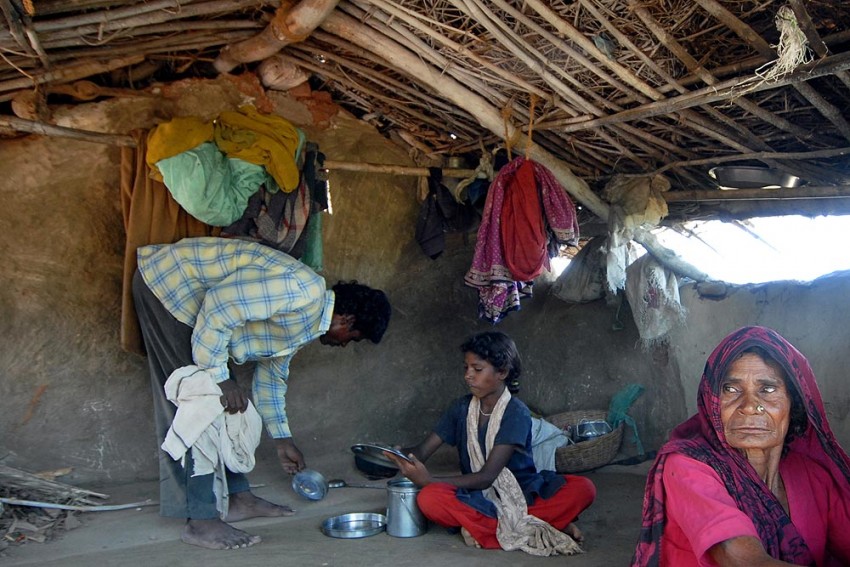 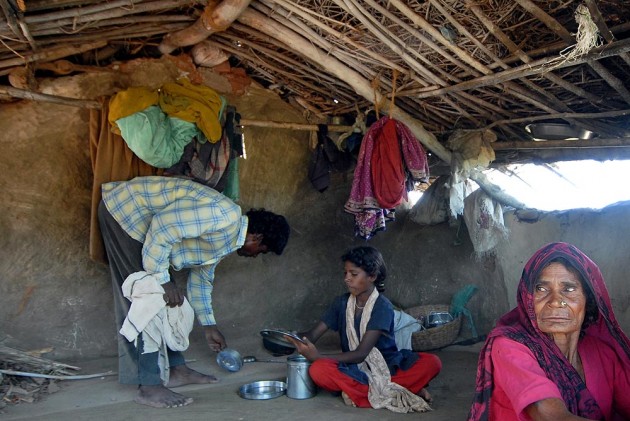 Three years after the National Food Security Act (NFSA) was enacted it appears crores of poor who were to be provided food grains to keep hunger and starvation at bay are still waiting for delivery of the promise. The latest data released on April 29 by the food and consumer affairs ministry claims more than 72.45 crore people from 14.8 crore households across 33 states and Union Territories are getting subsidised food grain under the NFSA as against the estimated  81.34 crore beneficiaries it was expected to benefit.

The latest data furnished by the food and consumer affairs ministry came in response to a very critical audit report of the Comptroller and Auditor General of India (CAG), which studied the preparedness of the states for the implementation of the rights based scheme that promises 5 kg of highly subsidized foodgrains for every member of the eligible family every month through the public distribution system or ration shops.

The CAG report, which was placed in Parliament on Friday and reflects the status till October last year, states that despite repeated extensions beyond one year given for putting the systems in place for identifying the genuine beneficiaries, only 51 per cent of eligible beneficiaries had been identified in all the states and union territories.

Ironically, only 11 states and UTs completed the task within 365 days of the legislation coming to effect on 5 July, 2013, while the rest were given extensions though the NFSA has no provision for it. Further, the CAG report brings to fore the fact that even where the beneficiaries have been identified, most have not identified priority households as per the provisions of the NFSA but relied on old database for extension of the benefits.

Though the food and consumer affairs ministry in its statement claims that as on April 2016, 33 states and Union Territories are implementing NFSA, and subsidised food grain are being provided to 72.45 crore beneficiaries from approximately 14.8 crore households (and the remaining three states of Kerala, Tamil Nadu and Nagaland are also in an advanced stage of preparation for NFSA implementation) the facts on the ground are very different.

As the CAG report points out: “Most of the implementing states did not identify the Antyodaya Anna Yojana (AAY) and priority household’s beneficiaries as per the provisions of the NFSA but used the old database of beneficiaries for extending the benefits.”

In Maharashtra also, the provision for empowerment of women was not complied with as fresh ration cards were not issued, instead the existing ones were revalidated.

“Identification of beneficiaries was a critical milestone to be achieved in order to omit the errors of inclusion and exclusion. However what had effectively been adopted in the states was the old system, re-christened for projecting themselves towards fulfillment of the objective of the NFSA to provide food security to all the needy,” the CAG report states.

It also observes that the intended use of tool of gender empowerment for achieving food security was also largely not met.”

Many states have blamed the delay in the implementation of the NFSA on the wait for the urban poor data under Socio Economic Caste Census, lack of infrastructural facilities, insufficient funds and manpower, all the while the gaps and shortcomings in Aadhar is also ensuring that the much needed succor does not reach hungry and malnourished millions.

It is unfortunate that while the Parliament through the NFSA has granted rights to 75 per cent population in the rural areas and to 50 per cent in the urban areas as per 2011 census, the lack of preparedness and laggard implementation is robbing the poor of their rights to food at subsidized rates in almost all the states. Sans any penalty, the rights of the poor seems set to be overlooked or misdirected.