Home  »  Website  »  National  » Interviews  »  SC/ST Act: I Am Ready To Do All It Takes To Fight For Bahujan People, Says BJP Firebrand Sadhvi Savitribai Phule

SC/ST Act: I Am Ready To Do All It Takes To Fight For Bahujan People, Says BJP Firebrand Sadhvi Savitribai Phule 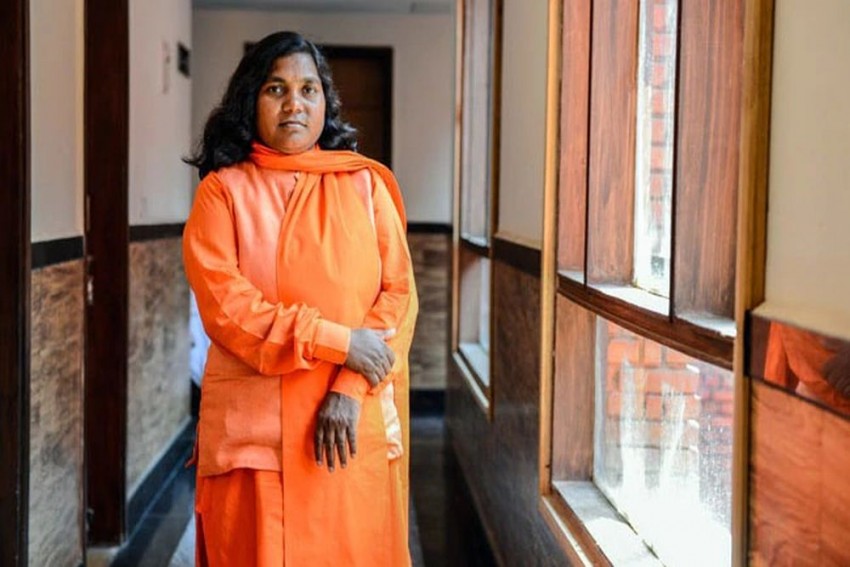 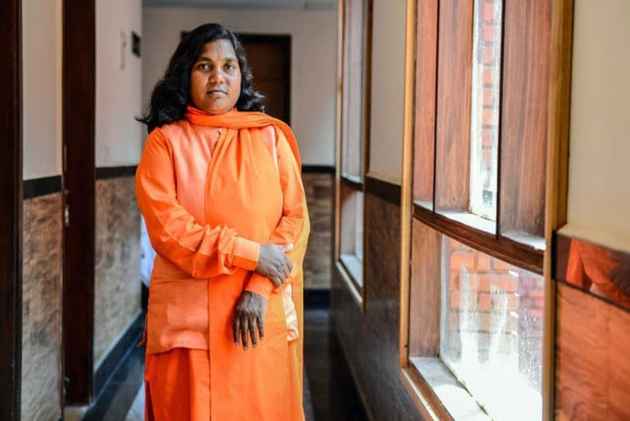 Sadhvi Savitribai Phule is a firebrand BJP MP from Bahraich who vociferously advocated for restoring the Atrocities Act to reverse the March 20 Supreme Court ruling. She explains to Outlook why such a law is essential in India.

What is the effect of the Atrocities Act being watered down?

The entire country’s Bahujan Samaj is suffering ever since the SC’s March 20 decision that weakened the Atrocities Act. Due to this across the country atrocities increased. Someone riding a horse was shot down, someone was made to drink urine from a shoe, a SC man’s mustache was pulled, wedding processions are being stopped, there are rapes of women and daughters, Dalit’s lands and buildings are being forcibly occupied. If they approached the police their cases were not registered and instead they were sent to jail. Dr Babasahib Bhimrao Ambedkar’s statues are being broken in Bahraich, Allahabad, Saharanpur, Shahjahanpur, Meerut and elsewhere and the perpetrators never arrested. This sends a clear signal that SC people are being terrorized. Dr Ambedkar had misgivings that no matter how good the Constitution of India is, if the one implementing it does not have a clear heart then it will be meaningless. That fear is coming true.

Can you explain why this struggle for justice is important not just for Dalits or backward but all sections of society?

SCs, STs and minority communities, who are India’s poorest sections, are also its largest populations. If India’s Constitution is implemented fully you will not find a single instance of poverty here. But the core values of the Constitution are not being implemented. Our Constitution, the best in the world, gives equal rights to all people whether Hindu, Sikh, Muslim, Christian, Buddhist, Parsi or Jain, from any caste, religion or community. All religions are guaranteed protection, while dignity and respect are accorded to all sections. That is why for atrocities against SCs or STs, a person can be punished. Each of these is a foundational value of our Constitution. Because they were never implemented, 85 per cent of Bahujans feel wounded.

Why were you and some other leaders and allies of the BJP agitating against the SC order?

When elections approach all promise to stand by the poor, the Dalits, the backwards. We say ‘sabka saath lekar ke chalenge’—we will help all progress—but does this really happen? Today these very sections are being exploited and there is talk of ending reservations. Ambedkar had created departments across the country, and then reservations were introduced. SCs, STs were given this reservation as a social or political protection, so that they can get jobs and come forward.

But the government says the UGC notification ending the University-level reservation and making it department-wise has been reversed, that things are back to normal…

Those who want to end reservations are doing so even though they claim they are not. Departments are being privatized from Railways to Electricity. And they don’t provide for reservations in private sector. Government departments were forced to institute reservations but if the departments themselves don’t exist then reservations automatically finish. With such a maneuver you finish reservations without anybody even getting to know.

So things are not back to normal?

In universities across the country they are not accepting admissions of SC, ST and OBC students. So few are accepted, they amount to nothing. If admitted they are not being given hostels, scholarships, grants, food or admission fees waivers, which they are entitled to. They are being mistreated and sent away. The rosters for reservation are not being followed. Even universities running in Babasahib Ambedkar’s or Bahujan Samaj’s name, there is interference. In Ambedkar University Lucknow, very smoothly a VC brought in from the backdoor is doing saffron-isation. Babasahib’s image is being replaced by another’s, saffron flags are going up, the monograms are being changed.

You are a BJP MP. What can you do about the changing landscape?

I am a MP from Bahraich, which is a reserved constituency. If I had been given a ticket in a non-reserved Constituency then I would have said that you have brought me on par with all other ticket-holders or all other leaders. When you have brought me into Parliament from a reserved constituency, where I have won an election, then I have to represent people from that seat. Babasahib had one dream—not matter which party’s ticket a Dalit wins a election on a reserved seat, they have to fight the oppression the SC people face. If the Constitution provides for SCs and reserved seats it is my duty to ensure that those conditions are fulfilled.

You seem angry with the BJP…what would you consider doing next?

Ever since we got independence whoever won from a reserved seat became a slave of the party giving them the ticket. They did what their parties asked them to and did not stay vigilant about their rights. Because of this the core features of the Constitution have not been implemented even till today.

Is that why Dalit people are considering coming to the streets?

I have been thrice elected as zila panchayat member, I was MLA and now I’m an MP. I raised this issue in the state assembly and now I am raising it in Lok Sabha. I was not being given time to speak on the SC/ST Act. Before this law came into force entire villages (of Dalits) used to be burned down, there were mass killings, there used to be rapes, there was widespread oppression. That’s why Lok Sabha introduced the Atrocities Act so that people think ten times before committing such crimes.

What’s your view of the 9 August agitation being planned by some Dalit organisations?

The bahujan samaj are this country’s original inhabitants and more in numbers. When they organize movements for their rights they are charged with serious crimes, sent behind bars or fired upon. Everybody saw during the 2 April Bharat Bandh that no Dalits were firing. Those who are against reservations and oppose SC ST Act (were doing so). Such a video went viral also but no perpetrator was identified nor have cases of murder been filed against them. Instead, those who were peacefully asking for their rights, for their law to be reinstated, were charged with serious crimes. That said, I am ready to do all it takes to fight for rights of the Bahujan people.