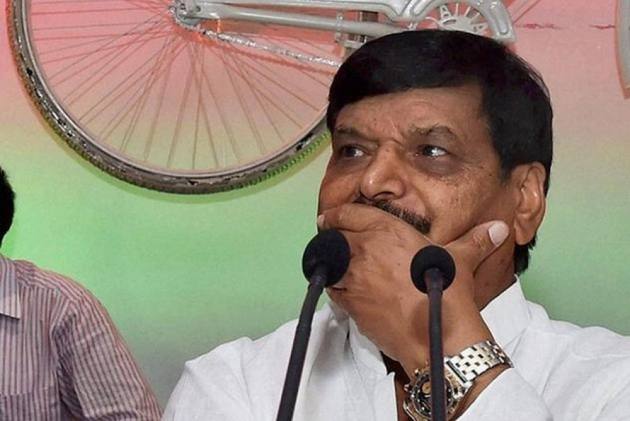 Shivpal Singh Yadav, uncle of former Chief Minister and Samajwadi Party President Akhilesh Yadav, on Wednesday floated 'Samajwadi Secular Front', after being pushed to margins in Samajwadi Party, and urged others who he said might be feeling humiliated in the Samajwadi Party, to join him.

Once a powerful leader in the Samajwadi Party, the younger brother of former Uttar Pradesh Chief Minister Mulayam Singh Yadav, however, clarified that he had no plans as of now to leave his political alma mater.

In the past few days, the former Samajwadi Party state unit chief had been airing his disenchantment with the party, now led by his estranged nephew Akhilesh Yadav, and saying that he will have to "think of something" if he was "not respectfully rehabilitated".

"I have now formed this front and I invite all those who are feeling suffocated in the SP to come and join hands with me," he told the media.

Shivpal Yadav was removed as the Uttar Pradesh state unit chief of Samajwadi Party last year. Akhilesh Yadav blamed Shivpal Yadav of souring his relationship with his father Mulayam Singh Yadav and of conniving with Amar Singh, who he had expelled later.

Mulayam Singh had earlier publicly aired his disenchantment with his son and declared that there was no respect for him in the party he formed 25 years back.

On Wednesday, Shivpal Yadav said he was pained at the humiliation heaped on his brother.

Suhaildev Bharatiya Samaj Party (SBSP) President Om Prakash Rajbhar, an ally of the BJP and a Minister in the state government, met Shivpal late on Tuesday.

Rajbhar has been daggers drawn with the ruling BJP in Uttar Pradesh. Shivpal Yadav has also said that his front would like to assimilate smaller regional forces.

The Yadav leader, who enjoys considerable clout in Mainpuri, Etawah, Etah, Auraiyya, Kannauj and nearby regions, said the secular front would offer a "political alternative" in the state.