‘Was Backstabbed. Known From The City Where No One Believed In Me, But I Never Gave Up A Fight,’ Says Multiple Award-winning Food Blogger Abhimanyu Kalbhor

Abhimanyu is an Honours Graduate in Computers Engineering and a Masters in Business Administration by qualification from Ireland now an Entrepreneur by profession. 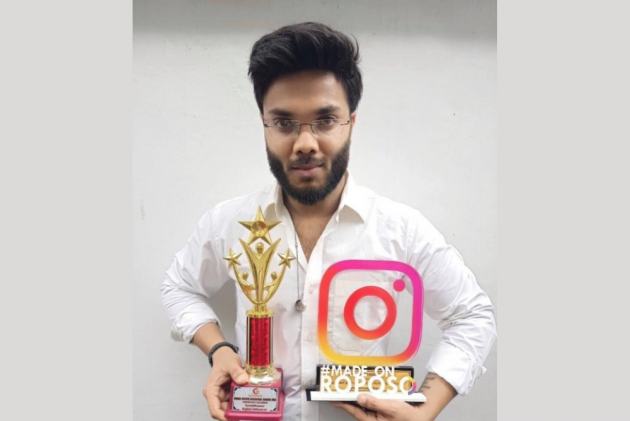 Abhimanyu Kalbhor, a food and travel enthusiast popularly known by his alter ego Ghumakkad Gastronaut on social media, has over 75000 followers on Instagram and close to 1 Million followers across all major short video platforms is a well-known face among food and travel lovers.

Born in Lucknow, the food capital of India, Abhimanyu says, "the love for food was bound to be in my veins since birth. I would rate Lucknowi food as the best in the country, no second thought on it. That improved my taste for food and palette.

Abhimanyu is an Honours Graduate in Computers Engineering and a Masters in Business Administration by qualification from Ireland now an Entrepreneur by profession. He also played County cricket for Ireland.

He is an Ex Restaurateur who used to run a multi-cuisine restaurant where he used to cook himself as well many a times but had to shut it down because of Demonetisation and zero support from people around him.

"I was backstabbed by people around me, people who were close to me. Nobody believed in me; people started losing faith in me. I felt outcasted and went into depression. That's what fueled my motivation to go unconventional; go big, and I never gave up the fight.

Abhimanyu, who recently won 2 National Awards for Food and Travel Blogging, says, "Hard work, determination and patience will always get you success."

Thanks to his mother, Abhimanyu started cooking at the age of 9. Cooking and exploring new places and street food, watching cookery shows on TV has always been his passion. Having studied abroad and staying alone away from home, He mastered his cooking skills after watching youtube videos.

"My seven years, technically half a 'banwaas' of grit, hard work, determination and patience is paying off. It feels amazing", says Abhimanyu.

I have a crush on the world, and I strongly believe that to travel is to eat local food." says Abhimanyu