Success Story Of An Astute And Visionary Entrepreneur- Kshitiz Adukia

Kshitiz Adukia is the Founder and CEO of Tradizon- a global company providing 360 degrees consultancy service for business growth, formulating complete business plans and strategies to expand the brand, sales, and profits. 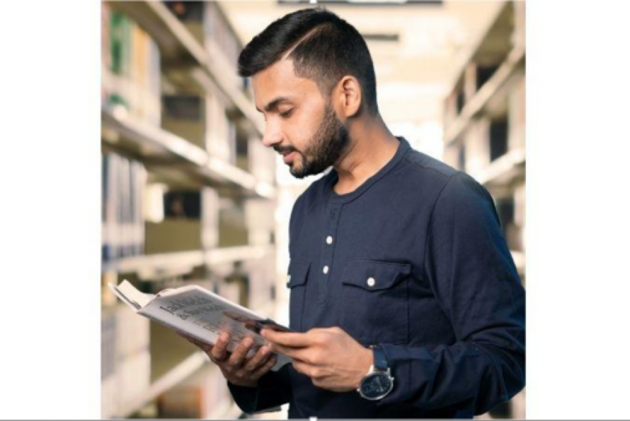 This young and determined man switched his lifestyle from partying all night to working all day and went on to become the successful entrepreneur he is today.

Success doesn’t come from what you occasionally do; and it comes from what you do consistently. If an opportunity doesn’t knock on your door, build a door. Having such a perspective for life can help fuel new opportunities and business ideas.

Kshitiz Adukia is the Founder and CEO of Tradizon- a global company providing 360 degrees consultancy service for business growth, formulating complete business plans and strategies to expand the brand, sales, and profits. He has assisted over 100+ entrepreneurs with new startup ideas, sales and profits.

The talented entrepreneur is also an accomplished content creator, strategist, tradesman, investor and brand-builder. He also excels in the genres of business, self-development, and motivation and has insightful views on the same.

Being one of the youngest entrepreneurs out there didn’t stop him from having huge ideas for different businesses and pursuing his dream. His no-nonsense approach has earned him a reputation as a results-getter from many leading clients.

As someone who struggled in the field of entrepreneurship at first, who worked on three startups that did not become as successful as he aimed them to be, Kshitiz rose from those setbacks and established Tradizon, a company that is now global. His consistent focus and pursuit of growth- not just for his business but for who he is as a person highlights the inspiring spirit of Kshitiz Adukia.

Before he started his journey, Kshitiz would give very little focus on his dream to become an entrepreneur. It was more of a side-gig to him, and his main-gig would revolve around partying and chilling with his friends.

After being put in an ultimatum to either follow his father’s business or keep going on with his entrepreneurship dream, he chose the latter. By this time, Adukia realized the amount of hard work and dedication that would be needed to succeed in this and changed his entire lifestyle for it. He switched his schedule from coming home at 5 am from parties to waking up at 5 am to work.

He would be consistent and didn’t give up no matter how difficult it seemed. He kept coming up with new ideas, formulating plans, and with that, launched three ventures. However, these startups did not seem futuristic to him, so he gave them up and worked on started another business altogether.

After a month of rigorous hard work, Adukia succeeded and came up with Tradizon, a business consultancy firm that is now one of the leading firms in the world.

The main motive of Kshitiz Adukia is to make a difference. He aims to learn new things from his work and the world every day and to help motivate and influence people to reach their goals, as he did his.

He wants to make people understand his thoughts and perspective of life through sacred talks and informative facts within the space of business, self-development, life skills, and motivation. And that is exactly what he has started doing with his new segment of ‘’29 seconds with Kshitiz’’.

He only had one goal for this, to change mindsets and make people aware of various current affairs, and using his personal experiences to preach on self-development and valuable life skills.