This upcoming talent is poised to make a breakthrough in the world of music this year. 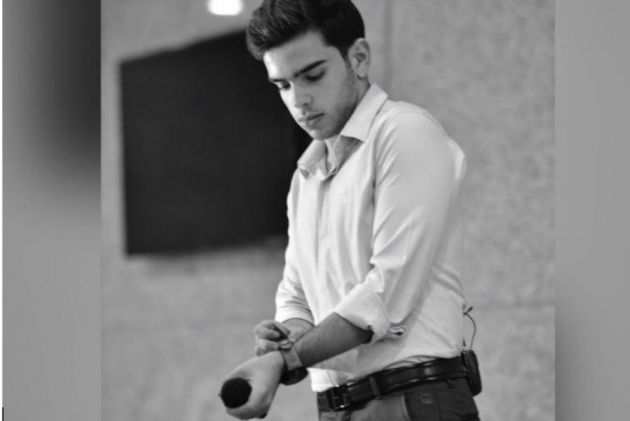 Sometimes when you hear a song for the first time, you just know that the singer is going to hit the big time. That's the case with Tehran based artist Mohammad Matin Hosseinabadi, whose debut tracks "Love Me" and "Anytime" has secured his place in the top league where only a few are able to make it. Hearing his unique voice makes one fall in love with it and ask for more. His music talent has gone to such levels that it is bound to hit the high strides for sure in the coming months.

This 19-year-old young man has been an avid music learner since his early days. "All I remember is humming the guitar while others my age were busy playing games," says Mohammad. His talent was spotted at the right time by his folks back home, who encouraged him to pursue his passion of mastering the craft to its depth. His dedication towards music led him to learn it to its core which was finally recognized by people when he officially came out with his debut single, which won him a steady base of followers within no time.

Today, his tracks play on Spotify and have already gained him a decent number of plays since it hit the market. Apart from trying to get his hold around the music realm, Mohammad is also a keen player in the world of cryptocurrencies and has even gained a good grip over it. He has also fared well as a bitcoin investor, author and actor. This powerhouse of talent has taken over distinct industries in its way. His talent and passion for achieving the best have got him to these levels, from where he aims at going to much greater heights. "This is just the beginning, and a lot more is in store as there's a lot of music coming up from my side in coming months; stay tuned," says Mohammad, who is aiming to reach for the stars across the world which revolves around music.