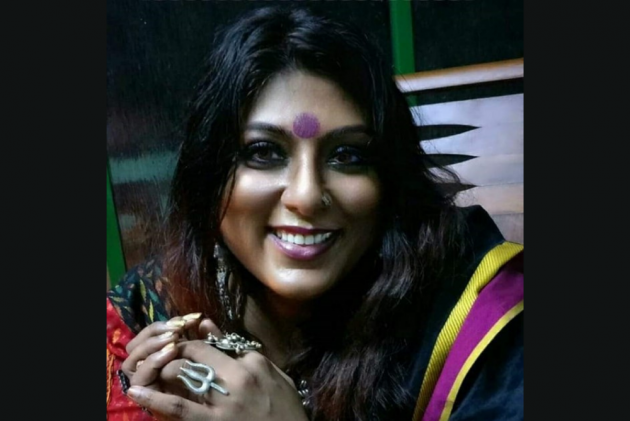 The best way to persuade others to be humane and be responsible is to set a good example. And that is exactly what Egalitarian Earth Warrior Dr. Anusha Srinivasan Iyer is all about.

Best known as a saviour with a golden heart, Anusha Srinivasan Iyer is also in the news as a Global Award-winning Writer-Director. Her films The World In My Dreams and The Wait have won rave reviews across borders, winning over 101 national as well as international awards and official selections across 130 global film festivals!

A staunch believer that giving is living, Dr. Anusha Srinivasan Iyer has scheduled activism into her daily routine in such a manner that it has become a part of her life and not an intrusion.

Dr. Anusha Srinivasan Iyer fights for animals to have the right to exist without the fear of being mistreated, exploited and exterminated.

She, along with her son Siddhant Gill has made her own home into Pawsitive Farm Sanctuary, where more than 150 rescue animals are happily living. This besides aiding and saving thousands of others on a regular basis.

Serving as a catalyst in bringing responsible like-minded individuals, environmental activists and organisations together, Dr. Anusha Srinivasan Iyer works closely in association with the government, civic authorities and its ministries for citizen welfare. She is also known for her stance on the issues of tribal welfare, senior citizen safety, rehabilitation of acid attack victims and her work towards gender equality, LGBTQ empowerment, street children welfare, participation in conclaves and inspirational talks, filmmaking with a cause and youth life coaching among many others.

Dr. Anusha Srinivasan Iyer has truly earned respect for her commitments towards social, environmental as well as cultural causes. She is also known for her productive ways to stay connected with fellow activists and online groups that make headway in earth and animal advocacy with youth volunteer work.

Driven by passion with a vision for a better future for animals and the environment, the earth activist Dr. Anusha Srinivasan Iyer has founded Make Earth Green Again MEGA Foundation with her son Vedant Gill and earth activist Nimal Raghavan to bring remarkable changes for the planet.

With the firm belief that each dedicated and persistent person can make a difference for the earth and its inhabitants, Dr. Anusha Srinivasan Iyer strives to protect the planet. and try and reverse the environmental damage caused by humankind.

She not only repaints the Earth green but also mobilises and inspires the youth to stand up for the same!

Dr. Anusha Srinivasan Iyer believes that there is a need for regenerative solutions for land, animal and community, and in each of us lies a skilful advocate of egalitarian earth causes, leaving behind green footprints.

Her other laudable initiatives include animal rescue; she runs two animal sanctuaries in Mumbai besides feeding thousands. She is laying the foundation for a third sanctuary, where besides old, maimed, abandoned and amputated cattle and rejected calves that will be housed in a Gaushala, there will be ample space for senior donkeys and horses to graze and live in happiness. The foundation also plans to expand to wild animal rescue and rehabilitation in the future.

On her work front, Dr. Anusha Srinivasan Iyer is also the Founder of Naarad PR & Image Strategists, one of India’s premier PR, Brand Strategisation and Image management agency besides being the Brand Custodian of respected entrepreneurs, actors, singers and politicians wh she guides on a professional basis.

A strong believer that if you want to do something, you make time for it, Dr. Anusha Srinivasan Iyer is a single mother whose two sons strive to touch the skies with her.

While Vedant writes and directs films, Siddhant is a professional photographer as well as a marketing wizkid. Both pursue a fruitful life of social activism as well. Never mind if, at times, it takes up all her 24 hours of the day. There is always room for service, something that they learnt from their mother.

More power to this Wonder Woman!