Dipal and Nilesh Patrawala: The Power Couple Changing the Network Marketing in India and Overseas

The power couple is also en route to expanding their networks to the Tier 2 and 3 regions of India and overseas, carrying the hope of a better future for everyone. 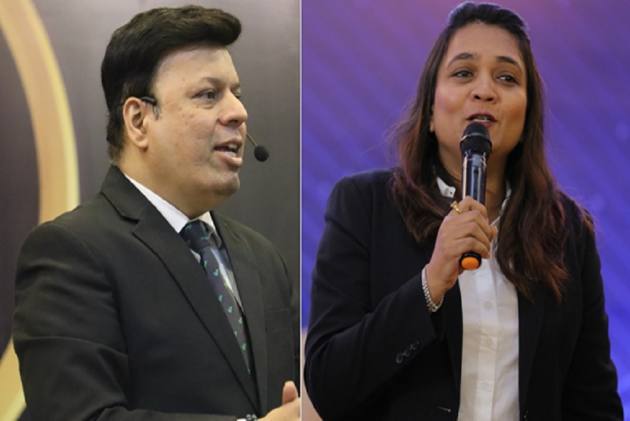 Network marketing Surely has a bright future in India. One can start a journey with a Low investment and reach the highest level with the support of team members. Network marketers Besides generating profit for their businesses, they create more and more earning opportunities to fulfil the commercial needs of their community. It, in turn, helps other entrepreneurs to expand and achieve their business goals.  Network marketing in India has given birth to many successful entrepreneurs. One of such unique and dynamic examples of entrepreneurs are Dipal and Nilesh Patrawala, who are changing the perception of networking in India, Bangladesh, Nepal, Bahrain with Vestige.

An ambitious couple, Dipal and Nilesh Patrawala, belonged to a very humble background. They entered the world of network marketing with nothing but a dream. A dream to grow. A dream of having their car. Being a B.Com student, Nilesh always has a keen interest in market trends and an eye for business opportunities. In other words, he has everything a successful businessman requires and demands. After acquiring significant market experience, he joined Vestige to redefine the Indian networking marketplace following the growth opportunities.

However, this journey was never Nilesh’s alone. His wife Dipal joined his entrepreneurial journey to establish herself as an independent businesswoman. As a housewife, Dipal never denied her duties as a mother. Rather, her goal was to achieve her dreams while enjoying her life with her family. Vestige allowed her that space where she could grow without being restrictive on family time. With their exceptional networking skills and advanced market knowledge, his husband-wife entrepreneur duo managed to reach the pinnacle of success within a few months of joining the networking venture of Vestige. About 50% of Vestige’s international business was generated by this power couple, including India, Bangladesh, Nepal, Bahrain, and Oman.

At the same time, having a successful and secured future was not their only goal in the network marketing business. They wanted to expand their networking business to support talented individuals who aspire to become successful businessmen. So, the networking duo is now focused on creating successful entrepreneurs while improving their living standards. As a part of this mission, Dipal and Nilesh created the endeavour of Millionaires Worldwide in India, Bangladesh, Nepal, Bahrain, and Oman.

They Launched under the joint ownership of the entrepreneur couple, and Millionaires Worldwide trains budding people in business implementing the Vestige business plan in India and overseas. Their goal is to help and support creating 1000 millionaires in the coming years through this educational ecosystem.

Dipal and Nilesh’s journey to success was not easy. They struggled. They toiled. But, they always have each other’s back. Now, their quest is to support others so that everyone can enjoy financial, physical, and mental wellbeing. The power couple is also en route to expanding their networks to the Tier 2 and 3 regions of India and overseas, carrying the hope of a better future for everyone.