Today, The Kolkata Buzz has garnered 215k Followers on Instagram, and 1 Million+ on Facebook. They also have a video segment and are on to start a website. 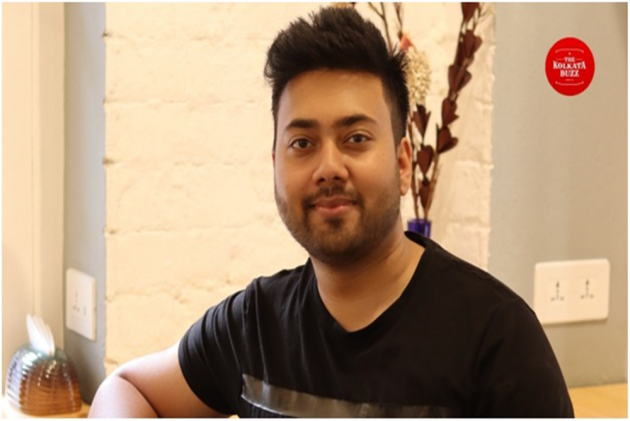 Kolkata is known as the ‘City of Joy’ for a reason. The place has to offer a lot than what meets the eye. Be it culture, love, mystery, respect, enthusiasm, and some amazing sweet delicacies and food, the city is bustling with life for thousands of years. This is the very reason why the British chose it as the capital apart from the sea approach factor.

Its charisma has drawn many towards it. One of them is Anubhav Mukherjee, a young man from Chhattisgarh who came to Kolkata to learn filmmaking. Little did he know that he will fall in love with the city and create an entire platform dedicated to its charm.

“When I came to Kolkata I was an outsider despite being a Bengali by birth. So, to explore the city, I would often set out on foot and take pictures and videos. I found a lot of subjects to capture that looked ordinary but had a Bong connection to offer. Then I started to post them on Facebook. It was received well by the audience and thus was born, ‘The Kolkata Buzz’”, says Anubhav.

During Durga Pujo, the page was super hit and this made Mukherjee leave film making and pursue a full-time career in digital. His entire gig was based on only one USP – Kolkata.

“Our USP has always been Kolkata and Bangaliyana. When I started the platform there was no one else who picked the concept. I always made sure that my content was attractive and connected with what the public at large loved at a personal level and I guess that is what has clicked,” explains Anubhav.

What started as a display of Anubhav’s snaps gradually grew into a digital community. He found and showcased pictures and quotes by several other Bengalis on his page.

“Since this is a digital age, everyone expresses and posts on social media. I started to spot what others were doing and saw some great content. Although my growth mattered, I wanted to showcase what others tried to narrate in their posts and give them a chance,” says the platform’s founder.

Also, Anubhav always had the will to bring change in the ways around the workplace in Kolkata. Being young, he knew the worth of digital and wished other youngsters to join him.

“I wish that Kolkata’s youth is directed towards the new age, shedding the traditional opportunities. There’s a lot to do out there other than what we are taught to aim as kids. Also, the city needs to build its start-up culture and professionalism. I am doing my part and also trying to inspire my colleagues,” says Anubhav.

Today, The Kolkata Buzz has garnered 215k Followers on Instagram, and 1 Million+ on Facebook. They also have a video segment and are on to start a website. With the success, Anubhav has started his digital marketing agency – Buzzaffair ventures (Opc) Pvt. Ltd. They are into brand marketing, Influencer marketing, event promotions, and social media management and by now they have covered 1,000+ brands locally, nationally, and internationally.