Covid-19 Second Wave: Why We Couldn’t Anticipate It Correctly And Prepare Adequately

The relative calm of December to February was deceptive and lulled our senses. As a society we let down our guard in the quest for normalcy, with a naive belief that the worst was behind us. 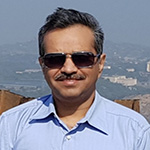 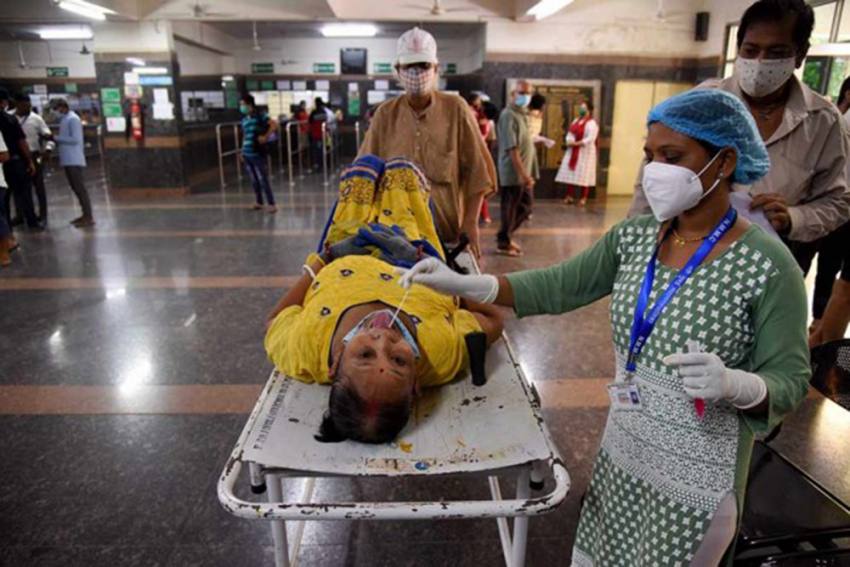 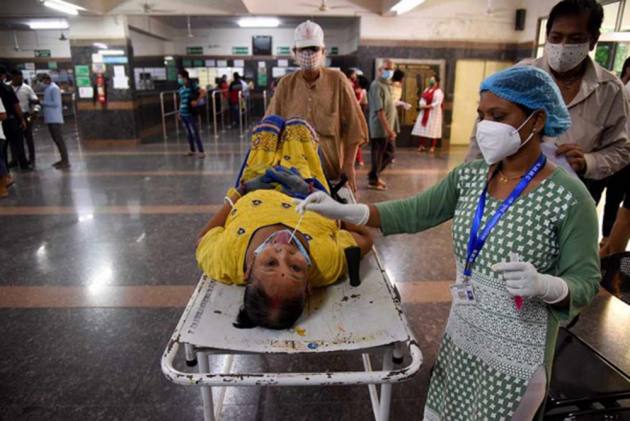 The nation is in the grip of a deadly wave of Covid-19. It surreptitiously pierced the flimsy sheath of our alertness, tore asunder the bulwark of human discipline and preparedness, tossed its hapless victims like fragile twigs in a rampaging hurricane, engulfing the entire society in unprecedented misery, helplessness, disease and death. The pall of utter gloom and despair it has cast is too dark and heavy. Indeed, it has not been an ordinary wave but a devastating tsunami.

The haunting question this sordid saga poses before us is: why this was this wave so swift and deadly? Why couldn’t we anticipate it correctly and prepare adequately? Is the worst behind us? When will this wave recede? Can India be besieged by a third wave of infections? And what best can be done to avert or mitigate it? But first let’s recapitulate briefly the course of Coivd-19 in our country.

The first case of Covid was reported in India in late January 2020. A steady rise in February-March was followed by the imposition of a strict lockdown from the March 25 till May end. The rise of cases was impeded by the tough measures. But beyond it, the infections rose continuously, peaking on the September 16 with 97,860 daily cases (data source: Covid19india.org). The next five months saw a gradual decline with a relative quiet from November to January. The infections plummeted to a lowest of 8,579 on the February 1, 2021. This was the proverbial lull before the storm.

In the month of March, the silent and surreptitious march of Covid began again. The 12,000-odd cases reported on March 1 doubled in next two weeks and galloped to six times, recording 72,115 daily cases on the March 31. April was absolute mayhem. By the April 4, which saw 1,03,794 new cases, the peak of the first wave had already been surpassed. The infections crossed a staggering 4 lakh daily cases on April 30, four times the peak of the first wave. While India registered a cumulative 11 million cases in over a year earlier, since March 2021 these many infections occurred in just 10 weeks. Clearly the pace of the second wave has been scorching.

But couldn’t we have foreseen this or mitigated it? With sero-prevalence of nearly 27.1% post the first wave, we believed to have developed a good natural immunity against the virus, if not herd immunity. The relative calm of December to February was deceptive and lulled our senses. As a society we let down our guard in the quest for normalcy, with a naive belief that the worst was behind us.

The mutants struck in March. Our immunity (if any) against the previous strains provided little defence against the highly infectious new strains. One such strain dubbed as the Indian double mutant (B.1.167)is considered to be the main pathogen rampaging in the country, particularly Maharashtra. Earlier,in the United Kingdom, the variant B.1.1.7 and in South Africa the variant B.1.351 had struck in January. In March the virus (P.1) unleashed havoc in Brazil. By March 15, India too witnessed a sharp rise with nearly 25,000 cases being recorded.The infections in Mumbai, Pune and other cities of Maharashtra and Gujarat touched 50 per cent of the first peak. Clearly, the signs were there to see. Then did we believe that Maharashtra and Gujarat were exceptions and the contagion would spare the rest of the country? Punjab and Madhya Pradesh followed suit and in next four weeks, almost all parts of the county were gripped by a huge resurgence.

Did we fully comprehend and internalise the underlying risks in the rising trend? People often internalise the risks, based on the absolute numbers of daily infections. For Delhi which saw a first wave peak of 8,593 daily cases (in November 2020), a case load of 2,500 to 3,000 may be perceived to be a low or a moderate risk, tempting them to continue the bulk of activities unabated. But if the numbers scream 25000 daily cases, individuals, organisations and even government adopts a plethora of control measures. Thus, it is the perceived marginal risks of the extant cases which also gets weighed against the marginal benefit of human, social and economic activities. In a rising trend, the moderate or even low numbers of daily infections are rather misleading as compared to the ground reality.

A typical infection takes around five days to manifest, another three to four days for testing, reporting and statistical entry. By this time the infection load may have doubled or even tripled. Further, asymptomatic cases (a major source of infection) and some mildly symptomatic cases may not be subject to testing altogether. Thus, in a rising trend, the statistical numbers (even if accurate) are just a fraction of the cases on the ground and not factoring this underlying risk,may prove to be a recipe for disaster.

Risk internalisation and graded response plan: What is the right approach to assess the risks and how it can be employed to determine the onset as well mitigate a possible third wave? In a rising phase reliance on absolute numbers is highly misleading. Rather figures as compared to the “first wave peak”, the “percentage daily growth” and the “doubling time” are better suited for risk evaluation. Our medical and other health infrastructure creaked even in the comparatively modest “first wave peak” and thusit may serve as a good yardstick of social levels for “Covid tolerance”.

If the current daily infections are below 10 per cent of the first wave peak, then it’s a low-risk phase where most activities may be carriedout with masking and physical distancing. For Delhi, this was the phase till the March 22 (see graph-1). At 10 per cent to 25 per cent of this level, the risks become manifold. Large public congregations, mega social events, huge political gatherings, religious congregations etc. must be eschewed to prevent a super-spreader event. Further, even individuals and organisations must rationalise their activities. Ordinary business or leisure travel, sporting events, public festivities etc. are best avoided. The next phase of 25 per cent to 50 per cent, is highly deceptive and dangerous. Delhi was in this phase till the April 6. Due to low-risk perceptions, many infections occur now which typically manifest later. Appropriate alerts, rationalisation of activities by large employers, regulation of public transport and public places inter-alia others, may additionally be needed. Above 50 per cent and upto 100 per cent levels, is a critical and decisive phase. This window for Delhi was just from the April 6 to 11. Individuals must eschew all public activities other than those absolutely essential and even double-mask in unavoidable crowded spaces. Society and governments may consider measures such as night regulations, curfews or even sectoral lockdowns for short and appropriate periods. A delay beyond this period may result in unimpeded and unmitigable spread of the contagion, for infections on ground may already be many times more. Of course, the balance between the social hardships and the economic cost vis-a-vis the health and human cost has to be weighed. However, if appropriate checks are not employed and the growth surpasses even the 100 per cent level, then further transition may be exceedingly swift, too pernicious and even devastating. Beyond this point is an emergency situation, where even harsh measures like strict lockdowns, may take at least a couple of weeks to bring some relief.

Thus, individual and social responses must be graded phase-wise, communicated to the public promptly, be state and evencity specific,besides combine other proven strategies of testing, tracing, micro-containment and strict masking rules. Most importantly, the testing, medical and other infrastructural requirements, need to be proportionately calibrated and pre-planned for different stages. Graph 2: (Western and northern states showing a plateauing or a declining trend)

The prognosis, when will the second wave recede? The second wave has shown a typical 8 to12 week sharp rise and declining trend. Mumbai is already seeing a fall (see city graph). For Delhi, the peak or rather the “high plateau” of large daily no of cases (but low growth) has just been passed and the ebb begun. Here, the daily cases have fallen below 14,000 and positivity ratio to below 22 per cent (May 9). Over all, Maharashtra is still at its peak (see state graphs) and so are Uttar Pradesh, Madhya Pradesh, Bihar, Gujarat and Rajasthan (in plateauing phase). West Bengal, Assam, Odisha, Karnataka, Kerala, Tamil Nadu, Andhra Pradesh and some other states continue to rise (see graph below). By the end of May, the decline in these states is likely to happen which would be followed by the states of Northeast which are at present also witnessing a rising trend. Graph 3: (Eastern and southern States showing a rising or a plateauing trend)

Come June, the country may see anappreciable decline from the current peak of over 4 lakh daily cases. The yawning gap between the demand and supply of the health infrastructure and medical assistance, would be partially bridged. With the rains this monsoon, a new verdure of hope would sprout. But life may not be the same again. As we trudge along with the chores of life, trying to overcome the agony and gloom, we must not overlook the harsh lessons this wave has inflicted.

The next wave may strike with the new strains of mutants, as experts proclaim possibly in the last quarter or later. Sharp alertness on our part would be essential to identify its early signs/different phases, timely launch a graded response and unequivocally communicate them to the masses. Adequate preparedness would be critical to bolster the medical, human resource and infrastructure, including essential drugs, oxygen, medical equipment, the acute scarcity of which has been the biggest bane in this wave. Discipline would be essential for all, to mask/double mask, comply with norms of physical distancing and appropriate Covid behaviour. There is little scope of complacency or casualness even if we were infected and have recovered. A robust vaccination drive and vaccine boosters against new strains would be our biggest ally. Vaccine hesitancy must be shrugged off and this elixir be embraced as and when our opportunity comes.

Thus alertness, preparedness and discipline would be our bulwark against the next wave and these we must never squander. Above all, let’s not lose hope and do believe in ourselves.

(The author is an IRS officer. He has a degree in mechanical engineering, law and masters degree in economics. He is also associated as an expert panellist on information security with APRG+ group, of Global Forum, OECD. The statistical projections are based on current trends. Views expressed are personal and do not necessarily reflect those of Outlook Magazine.)