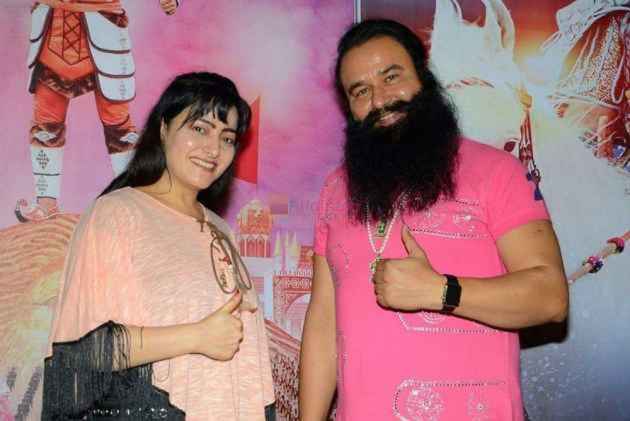 With reports surfacing of Dera Sacha Sauda Chief Gurmeet Ram Rahim Singh's 'adopted' daughter Honeypreet Insan likely to surrender before the police today, Panchkula police commissioner AS Chawla clarified that no specific intimation has been received in this regard, adding that all necessary arrangements have been done.

"Whether she wants to surrender or approach courts is a decision she has to take. We have not received any specific information. Based on available leads, our teams have been deployed and arrangements are ongoing. It will be inappropriate to give statements at this time. Whatever is the case, we will proceed as per the law. The moment we have information, we will let you know," he told reporters here.

Insan, has cried foul and downplayed all allegations framed against her.

While talking with a Hindi news channel, Insan said that false news is being spread about her relationship with her adopted father and described bond she shared with the Dera Sacha Sauda chief as "pious".

"I am scared, I cannot believe that people are saying such foul things about me. I am depressed. My father is innocent and so am I. I am sure that one day the real truth will come out in the open. I will urge people not to believe in these hoax reports. Nothing which is being assumed about me and my father is true," she told the news channel.

Honeypreet added that she had slipped into depression post the conviction of Ram Rahim and that it took her a while to muster courage and come out in the open to air her views. She also criticized reports of her inciting riots in Sirsa and in other parts of Haryana and Punjab.

"I cannot believe that I am being dubbed a traitor. We have been making films on patriotism and they are calling us traitors. The allegations are not true. They accuse me of being involved in riots, but do they have any evidence against me. I don't know why my name has been brought into this. I was in the chopper with papa (Ram Rahim) when he was being taken to jail. We were not even aware of any unrest. My movement was being monitored, how could I have instigated riots?," she said.

Honeypreet is wanted by the police in connection with the violence that broke out in Panchkula in August the day a court there held Ram Rahim guilty on charges of rape.

For almost 40 days, Haryana Police has been tracking leads on Honeypreet in UP, Punjab, Haryana and Rajasthan. (ANI)