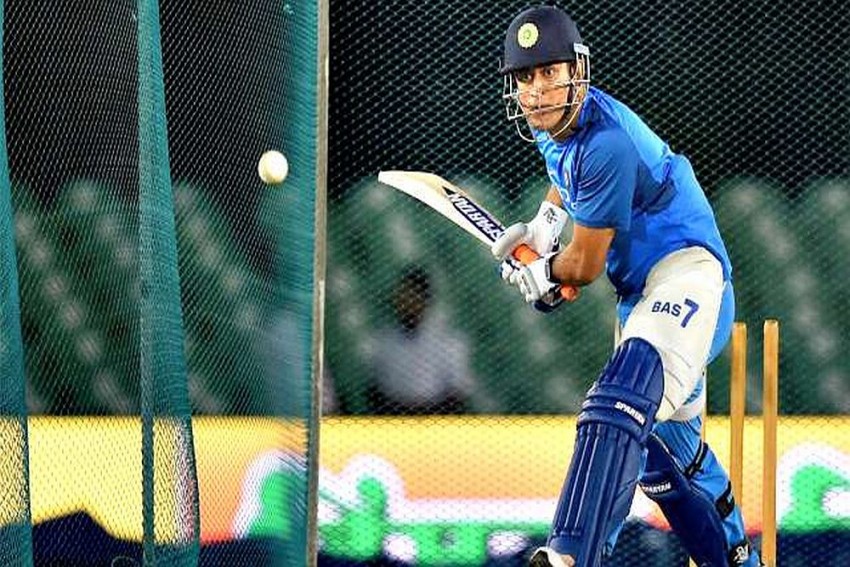 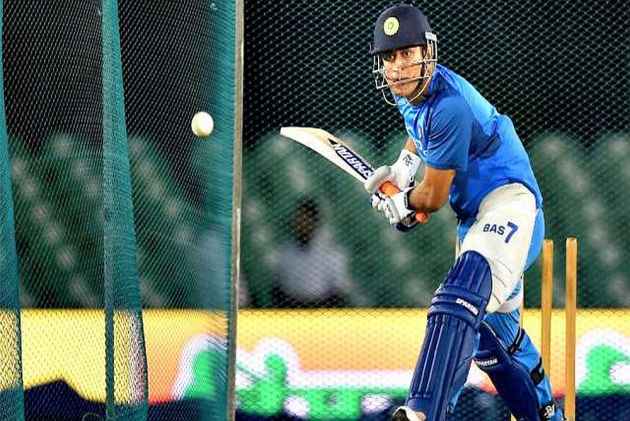 Mahendra Singh Dhoni will be cynosure of all eyes as he gears up for his 300th ODI with a marauding India ready to tighten the noose around beleaguered Sri Lanka in the penultimate encounter of the five-match series, on Thursday.

And there is a good opportunity for the former India captain to come up with a memorable performance in his milestone match since Sri Lanka have hardly come aross as respectable rivals in the lop-sided series.

Dhoni should be in fine fettle after playing a significant role in bailing out the team in back-to-back tricky chases against the hosts, slowly falling apart.

The unbeaten knocks of 45 and 67 under pressure is a proof that he is still not finished and his eyes are firmly set on the 50-over World Cup of 2019.

From being a world class finisher to playing a second fiddle to Rohit Sharmas and Bhuvneshwar Kumars, Dhoni has added another dimension to his game.

Although one can't dismiss the fact that a rag-tag Sri Lankan bowling attack, save mystery spinner Akila Dananjaya, has failed to keep up the pressure on Dhoni and Co. After making initial inroads.

The series already sealed with an unassailable 3-0 lead, Virat Kohli's next aim would be to give a chance to players who have only warmed the benches so far such as Kuldeep Yadav, Manish Pandey, Ajinkya Rahane and Shardul Thakur.

Kohli himself had a couple of low scoring games and he would look to get back to scoring some more runs along with KL Rahul, who has not exactly looked comfortable in an unfamiliar No. 4 position.

The only man who would feel a bit of pressure is Kedar Jadhav after successive ducks. More than the two blobs, what will bother the Jadhav is the fact that he is unable to read Dananjaya's deliveries.

In the first match, he was fooled by a googly and in the second match, he misread the length, trying to go for a sweep shot.

It will be interesting if the team management decides to give Pandey a go instead of Jadhav. The only thing that can save him is his flat off-breaks, which gives Kohli an additional bowling option. Jadhav has picked three wickets in the series so far.

Pacer Thakur has looked sharp in the nets but Bhuvneshwar Kumar and Jasprit Bumrah have only played three matches and would not like to take rest.

The India captain has already hinted that he wants to rotate players and chinaman Kuldeep may get a look-in. In that case, either Yuzvendra Chahal or Axar Patel will make way.

While India have some 'happy problems' to deal with, Sri Lanka are in deep trouble, trying to field a potent first XI.

To begin with, the selection committee headed by Sanath Jayasuriya has resigned. Sri Lanka Cricket has accepted their resignation.

However, they will continue to hold office until the end of this series but there will be intense spotlight on their selection decisions as has been the case for a while now.

Lack of consistency has been a key element of this Jayasuriya-led committee's selection process. They have picked 40 players in ODIs in the past year alone, and the same merry-go-round can be foreseen ahead of this fourth match as well.

Dinesh Chandimal has been ruled out of the series with a hairline fracture on his right thumb after enduring a hit in the previous ODI.

To add to their headache, stand-in skipper Chamara Kapugedara has been ruled out of the remainder of the series as well, owing to an aggravated back injury (he received medical attention whilst batting during the third ODI).

Lasith Malinga will lead the side in the fourth ODI, with suspended captain Upul Tharanga expected to handle the reins in the final ODI on September 3 as well as the solitary T20I on September 6.

Dhananjaya de Silva and Dilshan Munaweera have been added to the squad as covers. They also have Thisara Perera and Wanindu Hasaranga on the bench. Whether the back-to-the-wall, volatile situation inspires a fightback remains to be seen though.