The state BJP chief also said the saffron party was campaigning as a "united force" to achieve the mission of winning 150 seats in the May 12 Assembly polls. 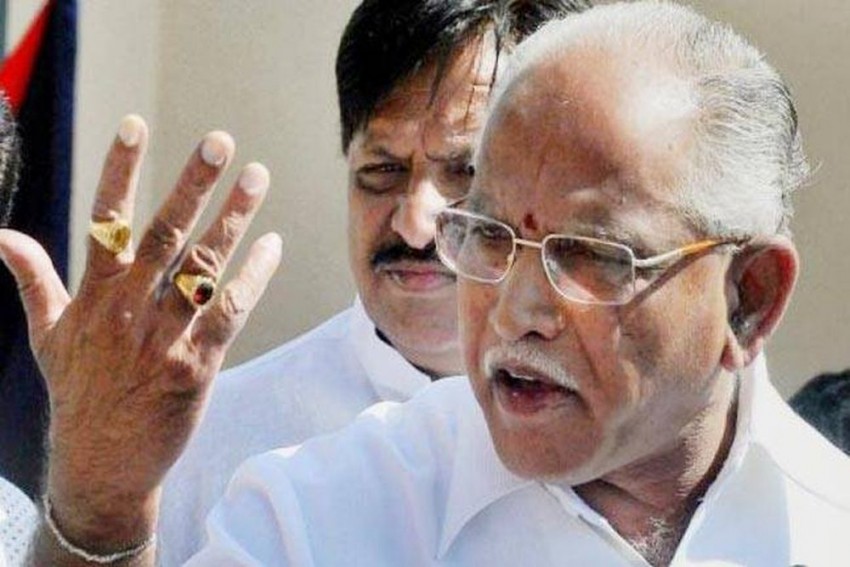 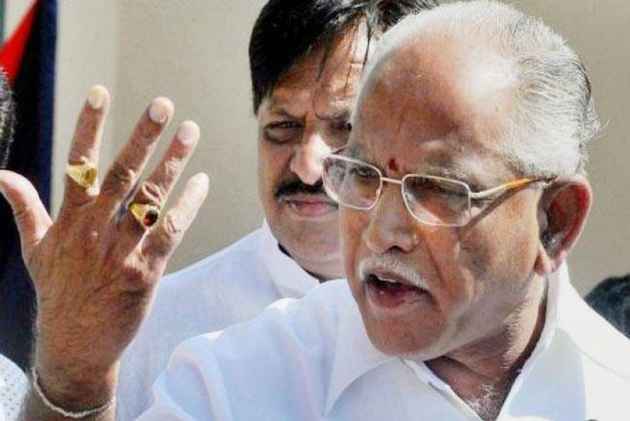 Riding a 'Modi wave', the BJP will form the next government in Karnataka with absolute majority, its chief ministerial candidate BS Yeddyurappa said on Monday, and ruled out a post-poll alliance with the JD(S) "as of now".

Pollsters have predicted a hung Assembly in Karnataka, with neither the ruling Congress nor the BJP attaining a majority. They have said the JD(S), of former prime minister H D Deve Gowda, would emerge as the kingmaker.

Yeddyurappa, a Lingayat strongman who had supported the demand for religious minority status for the community when he headed the Karnataka Janata Paksha (KJP) that he had formed after breaking away from BJP, said the issue would not hurt the electoral prospects of the saffron party and instead "backfire" on the ruling Congress.

The state BJP chief also said the saffron party was campaigning as a "united force" to achieve the mission of winning 150 seats in the May 12 Assembly polls.

"The Lingayat issue is not going to affect us. This will backfire on Congress," Yeddyurappa told PTI in an interview.

The Siddaramaiah government had recently recommended to the Centre religious minority status for Lingayats and its sub-caste Veerashaiva Lingayats, in an apparent move to cut into the solid vote base of the BJP which has traditionally backed the party.

The Lingayats, who account for about 17 per cent of the state's population, have a large presence in north and central Karnataka, especially in Shivamogga, Davanagere and Chitradurga, where their votes can be critical to the electoral outcome.

The BJP has reacted cautiously to the contentious issue, while the Congress, unsure of the consequences it may have for the party in the elections, has also kept it on the back burner.

The 75-year-old Yeddyurappa, who has won seven times from Shikaripura, said he would triumph with a huge margin from his home seat, as the Lingayats would not let him down.

He rejected the Congress' allegation that the BJP was stoking caste and communal sentiments to win the elections. "Not at all," he said.

"Had the Congress been secular, Chief Minister Siddaramaiah would not have been contesting from a second place, Badami, a constituency with a sizeable population of Kuruba," he said. Siddaramaiah hails from the Kuruba community.

Siddaramaiah is "scared" of losing his traditional Chamundeshwari seat, from where he has won five times since 1983, he added.

The BJP has fielded its resourceful Ballari MP B Sriramulu against Siddaramaiah in Badami in North Karnataka.

"We are confident that Sriramulu will win that seat," Yeddyurappa said.

Asked if the BJP's alleged "communal politics" would work for it in coastal Karnataka, Yeddyurappa said, "There is no such thing out there. Congress is spreading lies. There is only Modi wave and we are going to sweep not only the coastal region but the entire state."

He said the party would secure a majority and form the government. "There is no question of post-poll alliance with JD(S) as of now," Yeddyurappa said.

JD(S)'s chief ministerial nominee H D Kumaraswamy, a son of Dewe Gowda, had told PTI on Sunday that he would emerge as the "king" and not a "kingmaker" after the elections.

The JD(S) and BJP had cobbled together a coalition and formed the government headed by Kumaraswamy in 2006.

It collapsed in October 2007, after the JD(S) backtracked on its promise and refused to hand over the reins of power to Yeddyurappa under the agreement the two parties had entered into over rotational chief ministership.

This paved the way for polls which saw the saffron party form its first government in the south in 2008.

Replying to a query on whether Siddaramaiah's repeated reference to his incarceration for alleged corruption at election meetings was harming his image, Yeddyurappa said, "He is confusing and misleading public because all corruption charges against me have been set aside by the court."

Yeddyurappa was the first chief minister of Karnataka to have been jailed over allegations of corruption, and had spent 25 days behind bars.

Karnataka will go to polls on May 12 to elect the 224- member assembly. The results will be declared on May 15.