Congress pays for underestimating Manpreet Badal’s People’s Party of Punjab, which got 5.17 % of the vote, while Akalis, despite losing vote-share, made it the first time Punjab re-elected an incumbent government 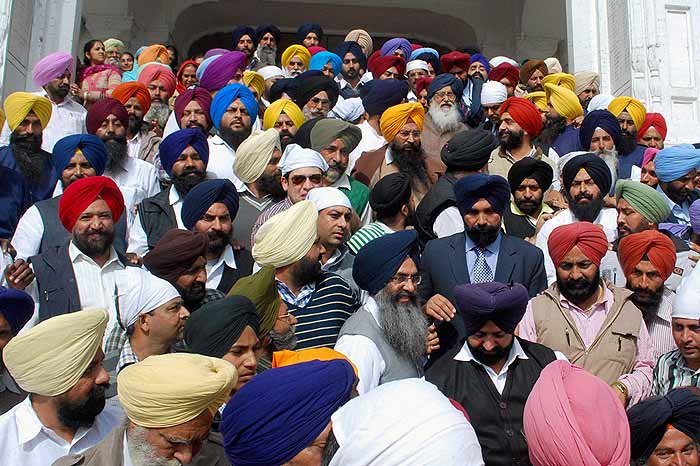 Since the time the Akalis won the 2007 assembly elections, when they got just five seats more than the Congress, party president Sukhbir Badal has been saying that his party would rule the state for 25 years. His pronouncements were mostly laughed at, often derisively, for the presumptuous note that many saw in it. The 25 years are still a long way off, but the Shiromani Akali Dal (SAD) is set to fulfil the first decade of this promise as it won a surprise second term in office giving it another five years of rule. In retrospect it appears as if Sukhbir was on to something that his detractors had completely missed.

The young, often brash head of this Sikh based regional party took one pragmatic decision way back in 2007 which was to consciously shed the baggage of being a ‘panthic’ party and become an inclusive party of ‘all Punjabis’. To the extent that this is the first election in which the Sikh religion did not figure at all in the election campaign of the SAD. Religion found no mention in its election manifesto either and many die- hard Akalis who were uncomfortable with what they saw “as a betrayal of the panth’ by the party of the Sikhs were confident that it would lead to an erosion of the SAD’s core Sikh vote bank. In the eventuality, nothing of the sort happened. Not only did the SAD increase its seats from 49 to 56 this time, the fact that it did so without using the Sikh plank marks a new beginning in Punjab politics. One, in which issues of governance and development take precedence over identity politics. Shed also, were traditionally volatile issues like sharing of river waters and transfer of capital Chandigarh to Punjab, perhaps because of their diminishing returns. What Sukhbir marshalled instead was some smart growth issues which touched a chord with the people, microscopic election management and displayed an ability to deftly handle emerging electoral challenges such as the presence of a swarm of rebels post announcement of tickets. 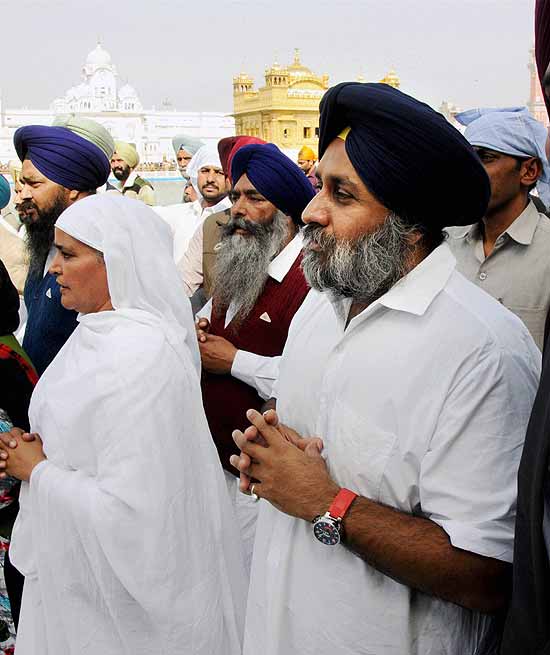 And now, though Prakash Singh Badal is the chief minister, and the party’s chief ministerial candidate during the elections too, the architect of the stunning victory is undoubtedly junior Badal. He consciously steered the party away from its old mould of ‘panth’, identity and power patronage to a modern, youth oriented outfit with an emphasis on governance reforms, infrastructure, power and populist welfare such as free water and electricity and subsidised atta and daal. He promised free laptops to class 12 students, cycles for class 9 and 10 girls and free education upto graduation for them. The buzz word was ‘development for all’ and Sukhbir’s moves in this direction began from the second year of the Akali’s previous tenure when he began picking potential candidates and made many of them ‘constituency incharge’ to see what they could do at the grassroot level. Money was allocated freely for projects such a village road here, classrooms for a school building, waterworks in villages, or community centres. During the election campaign villagers were reminded with the help of meticulously maintained figures what all had been allocated for which projects in their respective villages. It drove home the message.

He also played the master stroke of propping up some Congress rebels in key constituencies, who ate into the Congress vote bank. Alliance partner BJP was persuaded to drop some sitting legislators and the party eventually fielded nine new faces. It helped it to win 12 of the 23 seats on it contested. 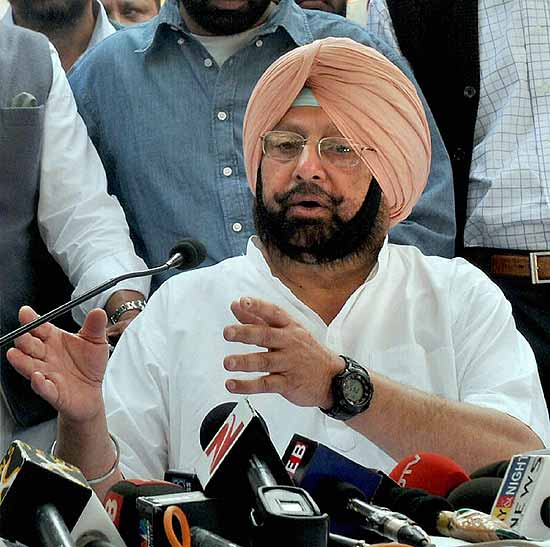 The Congress’s undoing has been its sheer complacence. Its leaders were so convinced that it was their turn through the revolving door this time that many did not put in their best. To some extent PCC president Amarinder Singh led the way in this aspect, preferring to once again operate through a coterie and sacrificed many a good candidate to accommodate kith and kin of partymen. It did not pay off. His own son Raninder singh lost dismally from Samana and so did Vikram Bajwa, son in law of Rajinder Kaur Bhattal. So sure was Amarinder Singh of a victory that he has spent the last few days before counting of votes in drawing up a tentative cabinet and working out key bureaucratic appointments !

But strategically, the Congress’s biggest mistake was to underestimate the impact of Manpreet Badal’s People’s Party of Punjab, which got 5.17 % of the vote share. In fact Sonia Gandhi has gone on record to say that Manpreet Badal’s Sanjha Morcha (PPP, the CPI and CPM) damaged the Congress in 23 seats. Though the PPP did not win even one seat, Manpreet himself lost from both Gidderbaha and Maur from where he stood, the party has emerged as a prominent player in Punjab’s politics. The Sanjha Morcha, the BSP and independents together polled about 17 % of the votes. This has clearly done the Congress in; a development that the party failed to anticipate. Ironically the Congress’s voting share at 40.11 % is more than the SAD’s 34.75% though the latter’s final tally is ten seats more than the Congress (The BJP's got 7.13 per cent vote, and the two-party combination edged past Congress by 1.77 per cent votes)

All eyes now will be on the joint legislative party meeting of the SAD – BJP scheduled to be held on 9th March to elect a chief minister. Will Sukhbir finally take his place as chief minister as most expect him to, or will he wait for some more time ? That he will assume the responsibility sooner if not later is a now almost a given. He’s proved himself, silenced his detractors within the party (read old guard) and demonstrated the old party’s ability to re-invent itself and keep pace with changing socio political dynamics.