Lawyers have protested against the FIR, alleging that it is an open threat to them. 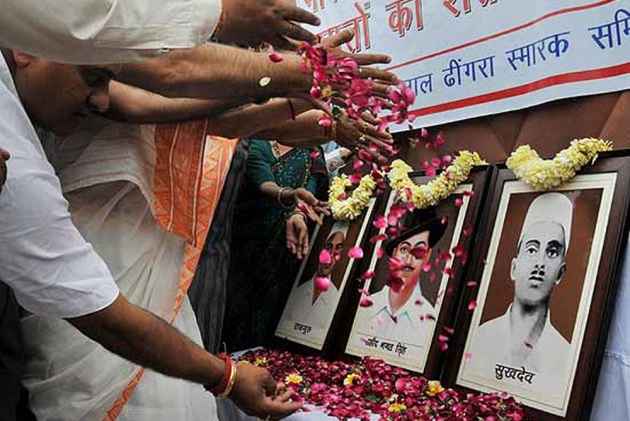 An FIR has been registered by the Jammu and Kashmir Police against unknown lawyers for the alleged activity. However, lawyers in the valley have alleged the FIR is a move to stifle their voices in the valley.

“We don’t know anything about any such protest or any such banner. We don’t know whether any such protest has taken place at all. Every person wearing a black coat is not a lawyer. We see dangerous designs in this FIR. It is to threaten and browbeat lawyers and stop them to raise voice for justice”, Mushtaq Ahmad Dar, vice-president of High Court Bar Association told Outlook.

“This FIR is an open FIR and the police can book anyone under it. It is in a way an open threat to the lawyers”, he said. Dar said the FIR ought not to have been registered at all.

The vice president of the Bar refused to respond when asked whether parallels can be drawn between Afzal Guru, Maqbool Bhat, Bhagat Singh, Sukhdev and Rajguru. “All I am saying is the FIR ought not to have been registered at all”, he says.

Under the FIR registered in the Police station Batamaloo, the police have booked the lawyers under section 13 of Unlawful Activities Act. The FIR says the case was registered after the police got information that a banner was put up in the Saddar court on February 9, on the anniversary of Guru’s hanging. The FIR says the banner described Guru and Bhat as heroes of Jammu and Kashmir while Bhagat Singh, Sukhdev and Rajguru as heroes of India.

On February 9, which was the fifth death anniversary of Guru, separatists had called for Kashmir shutdown to protest his hanging and burial in Tihar Jail in 2013. The Kashmiri separatist was hanged after the Supreme Court upheld a verdict against the 43-year-old for his involvement in 2001 attack on the Parliament. The mainstream parties, National Conference and the Peoples Democratic Party had objected to his “out-of-turn” execution maintaining that hanging Afzal will have long-term negative consequences in the restive Valley. Maqbool Bhat, the founder of pro-Independence JKLF, was hanged in New Delhi’s Tihar jail on February 11, 1984, on charges of being involved in the killing of a CID official. Every year on February 11 separatist in Kashmir observe his anniversary and pay tributes to him. The separatist refer "Bhat as the father of Kashmiri nation."

The FIR says the unknown lawyers were trying to damage the sovereignty and integrity of the country and they come up with such banners and slogans regularly. Police have not named any lawyer in the FIR and have not called for anyone for questioning so far. The FIR described it as a special case.