Home  »  Website  »  Sports  »  Virat Kohli, KL Rahul Troll Each Other In Epic Style Ahead Of Their IPL Match - WATCH

Virat Kohli, KL Rahul Troll Each Other In Epic Style Ahead Of Their IPL Match - WATCH

For Virat Kohli and KL Rahul, trolling wasn't enough. The captains were seen having fun on the eve of the RCB vs KXIP match. Watch it here 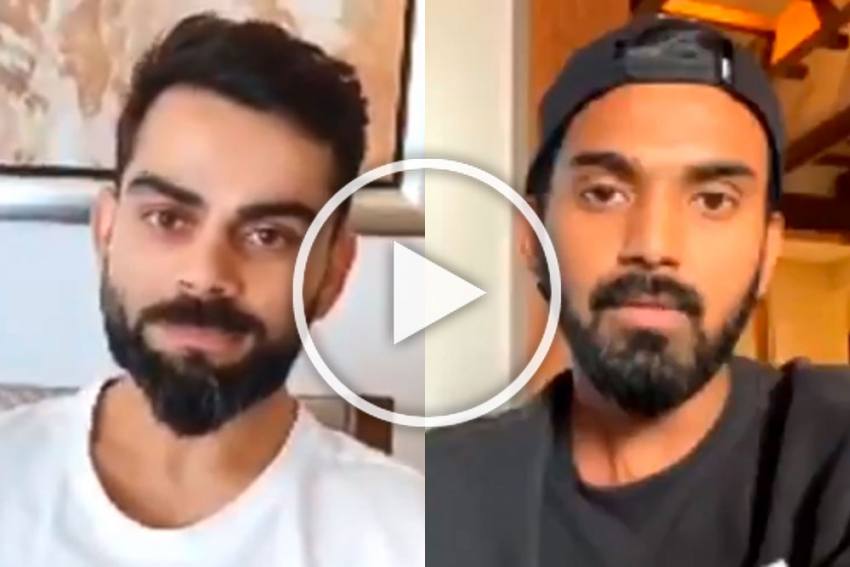 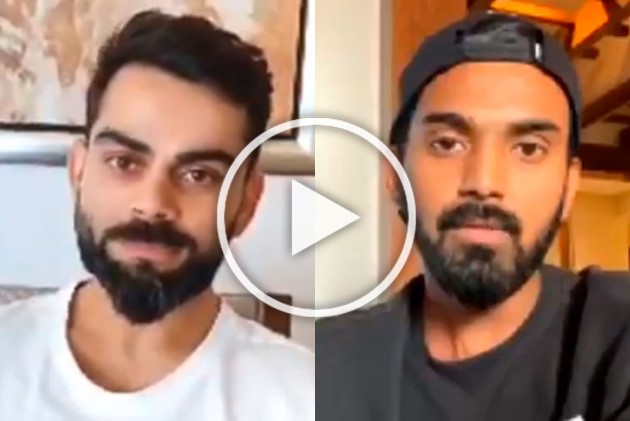 On the eve of their high-profile Indian Premier League (IPL) 2020 match between Royal Challengers Bangalore (RCB) and Kings XI Punjab (KXIP), captains Virat Kohli and KL Rahul engaged themselves in a hilarious chat show, which was shown live.

During the 'Puma India Instagram live chat show,' the batting stars talked about various things, including possible changes in review rules. But the best part came when Kohli asked Rahul, "what is that one rule which you like to change in the T20 format, to your advantage?"

"I would ask IPL to ban you [Kolhi] and AB de Villiers for the next season," replied Rahul to the
the laughter of Kohli.

Taunting Kohli, Rahul continued that "once you achieve certain numbers, a certain amount of runs, people should say this is enough, ok. If you get 5000 runs in IPL, ok. Now, you guys let other guys do."

But the KXIP captain was not done. On a serious note, he also demanded that if a batsman hits a big six, which is over 100 metres, it should be given more runs.

Then came the cracker, the preview to the match.

"It helps knowing that the only that we won is against RCB, so we will come in with a little bit of confidence... I have always enjoyed playing against RCB. So, looking forward to one more cracker...," Rahul said.

"I'm just hoping that some of your fielders can drop few a couple more catches," Rahul continued reminding the fact that RCB have dropped the most catches this season so far, a whopping 13.

For the record, in the reverse fixture, Rahul hit an unbeaten 132 off 69 balls with the help of 14 fours and seven sixes, and a dropped catch from Kohli.

That record-breaking knock helped KXIP beat RCB by 97, and it remains their only win this season, in seven matches so far.

For the RCB, they have won five in an equal number of outings for their best start to an IPL season in a very long time.