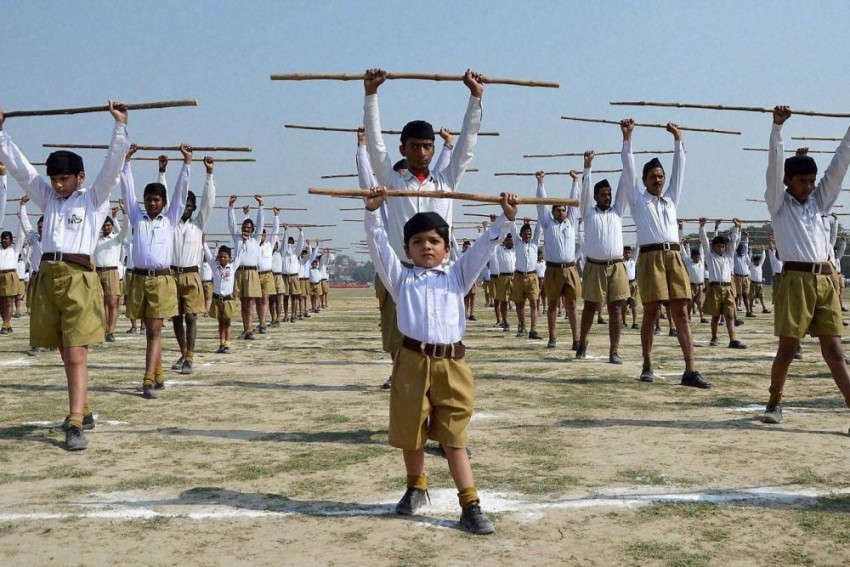 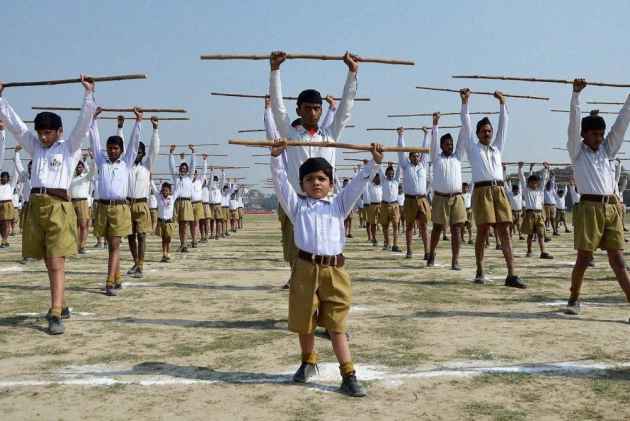 It's anniversary time, and if the general mood is that nothing much has changed and the country is still waiting for the big bang transformation, Narendra Modi will still be applauded by none other than his Hindutvadi clan for making their doctrine and beliefs even more heightened and intense. It was the high decibel, mega multi-million dollar campaign in the run up to the 2014 general election that underlined ??the new proto Hindutva type — combative, threatening, machismo — whether in cyberspace or on the Ramlila grounds. It's no longer Advani and Babri and the many historical slights, it's Modi and cyber vahinis with non-apologist Hindutva nationalist pride.

Here's a list of how Hindutva went from fiery to fireball in the last two years:

It was LK Advani, now 88 years-old and banished to the party's Margdarshak Mandal (Committee of Pioneers), who first popularised pseudo-secularism in the 80s when he lifted the term from an RSS guidebook to an idyllic Hindutva state. It was a cornered Advani and the BJP pack when, taunted by "secular parties" for being communal and bigoted, who hit out with the pseudo- secularist tag. Advani termed pseudo-secularists, as all those politicians, mainly Congressis, who wooed minorities, not so much for their concern for the religious groups, but for their votes. "Secularism is only a euphemism for vote bank politics," Advani famously sneered, and soon the BJP cerebs, tarnished even those intellectuals, academicians, culturati, literati, Marxists, feminists, socialists, journalists, who genuinely subscribed to the diverse, multi-cultural, secular ethos, with the same brush.

After a glorious two-decade run, the sarcasm-laced pseudo-secularism soon morphed into the more abusive and venomous name-calling that social media made permissible and legit. It gained instant stardom and notoriety and the vilest labels unleashed, ranging from sickular, Paki-kissing, Paki stooge, Taliban lover, anti-Hindu, anti-national, Congi whore, et al, but the one that truly stuck was Libtard or the liberal retard, where liberalism was seen as a serious mental illness.

The Hindutva Yuwatis, who are committed to protection of bharatiya sanskriti by bringing about a renaissance in Hindu society as extolled on the Vishwa Hindu Parishad site (the DV is the women's wing of the VHP), has smoothly metamorphosed to its android app as the Troll Vahini. ?T?he Durga Vahini, founded in the 80s, worked tirelessly in the Sewa Bastis, saving Hindu culture from obscenity, alien religions, vulgarity; through self-defense training in sword-fighting and gun practice; the troll vahinis have similar expertise with their quick-on-the-mouse-trigger to fiercely defend the Hindutva cause on Twit?t?er or ?F?acebook, cautioning and reminding their Hindu brothers and sisters of secular conspiracies and libertarian double-dealing. Sample: #LoveJihad Muslims who commit rape have almost twice as high a propensity to attack someone of the opposite community than Hindus who commit rape! Now, match this!

For years, the hapless RSS pracharak (worker), in his khaki shorts, patriotic games, and singledom, was scorned and jeered at for his orderly, moralistic, deluded life; suddenly found his world has been gate-crashed by neo-conservatives — first, the downcast 70s leftist radical looking for new opportunities; socialist socialites who desperately sought the ??Loewe life; then a new generation of young market champions whose buzz was ?that ?welfare ?is? for wimps. They became the neo-Sanghi, writing columns and dominating talk shows; took over the BJP's policy and stratagem; wished the damn Hindutva loonies would evaporate; and with none of the Sanghi baggage of rigidity and grimness.

While there was nothing dazzlingly right-wing about the neo-Sanghis in political or economic thought, apart from being conservative, methodical, and persistent about their pet hates; they have now come to dominate the Sangh ideological sphere despite their sketchy ideas. Their main attack is pouring scorn on commies and Congressis, appealing to low informed conservative crowd. Overnight, this crowd loves referring to themselves as RW, conservatives, LV Luvvies etc.

Ram Mandir to Sanghi Feminism: If the incredible Hindutva movement began with the conch call for a Ram temple in Ayodhya, it has now been left to the various sants and sadhus, sadhvis and sanyasins to make the hoary call for the glorious age of Ram in the 21st century. While Sita has all been forgotten, it's sadhvis Niranjana and Pragya, Prachi and Rithambara, who define Sanghi feminism — single, outrageous, bold. If Niranjana prodded voters at an election rally to choose between Ramzada or Haramzada (believers of Ram or bastard non-believers), Prachi believes Hindu women must become baby-making machines (at least four) as Hindu population was coming down, and demanded a boycott of Bollywood's superstar Khans for luring Hindu girls as their brides. So, even as Rithambara ties a rakhi on Modi, is even an invitee at his extravagant pageant in Madison Gardens; the Sanghi feminists are the new goddesses of the anti-intellectual conservative crowd.

An Evening With Modi Baiters