The national capital also logged 182 coronavirus fatalities on Saturday, the first time that the daily death toll dipped below the 200-mark since April 18. 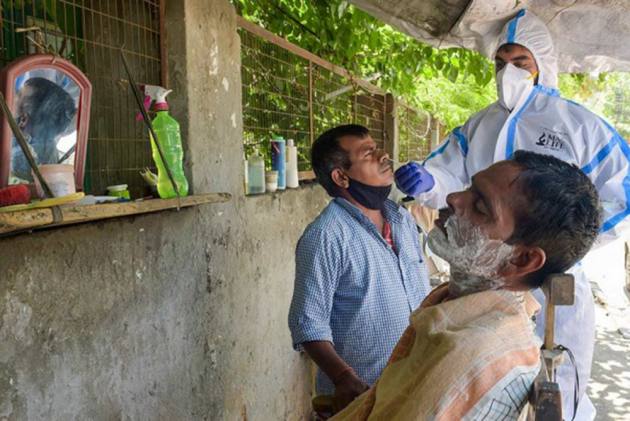 The second Covid wave had a disastrous impact on the national capital, making it one of the worst-affected cities. A sudden increase in the number of Covid infections, brought Delhi’s healthcare system to its knees, with hospitals across the city running out of beds. However, in a major sigh of relief, the cases in the national capital have been steadily declining and with 2,260 new Covid infections on Saturday, Delhi reported its lowest daily rise since March 1.

The national capital also logged 182 coronavirus fatalities on Saturday, making it the first time that the daily death toll has dipped below the 200-mark since April 18.

With the latest addition, the total death toll due to Covid-19 in the national capital rose to 23,013.

The city’s positivity rate which was as high as 30 per cent earlier this month, slipped to 3.58 per cent on Saturday.

Saturday’s tally is the lowest daily spike in cases recorded since March 31 (1,819) and the first time that the count has gone below the 3,000-mark since April 1, when 2,790 people tested positive for the viral disease.

The positivity rate was 5.5 per cent on Thursday and 4.76 per cent on Friday, slipping gradually to less than 4 per cent on Saturday.

In an online briefing, Kejriwal said, “In the past 24 hours, only about 2,200 cases have come up in Delhi, and the infection rate has also declined in the past 24 hours, and come down to about 3.5 per cent. But this does not mean that the dangers of the coronavirus have been stalled. It persists".

"We have to take every measure to save ourselves from the coronavirus," he said.

As the cases registered a mark fall, Delhi Health Minister Satyendar Jain shared the bulletin copy on Twitter, and wrote that the number of daily cases of the disease in the city stands at 2,260.

"These are lowest numbers after 31 March. Still need to take all precautions and follow Covid appropriate behaviour," he added.

Amid escalating cases of black fungus in the national capital, Delhi Health Minister Jain earlier in the day had asked people to be watchful and not resort to self-medication, particularly of steroids, and said about 15 hospitals in the city are treating patients of mucormycosis.

Mucormycosis or black fungus is more common among people whose immunity has got lowered, due to Covid, diabetes, kidney disease, liver or cardiac disorders, age-related issues, or those on medication for auto-immune diseases like rheumatoid arthritis.

On May 15, Kejriwal had said, "The virus is reducing in Delhi slowly and steadily, and I hope it diminishes completely and does not rise again. However, we are not going to become negligent in anyway", while sounding a tone of caution.

Kejriwal on Saturday said, “To save Delhi and the country from the third wave, there is only one way – vaccinate maximum people in minimum time. Beds, ICUs, oxygen, and medicines, we are already preparing for all this, but the vaccine is the strongest weapon to save ourselves from the wrath of the coronavirus. The shortage of vaccines is not just the concern of the government, the ordinary man is also scared of the problem of shortage of vaccines."

Since April 19, both daily cases and single-day deaths count had been spiralling up, with over 28,000 cases and 277 deaths recorded on April 20; rising to 306 fatalities on April 22. On May 2, the city registered a record 407 deaths, according to official data.

The number of cumulative cases on Saturday stood at 14,15,219. Over 13.6 lakh patients have recovered from the virus.