Home  »  Website  »  National  »  We Desire ‘Normal’ Ties With All Neighbours, Including Pakistan: India At UN

We Desire ‘Normal’ Ties With All Neighbours, Including Pakistan: India At UN

‘Our consistent position is that issues, if any, between India and Pakistan should be resolved bilaterally,’ Counsellor in India’s Permanent Mission to the UN, R Madhu Sudan said. 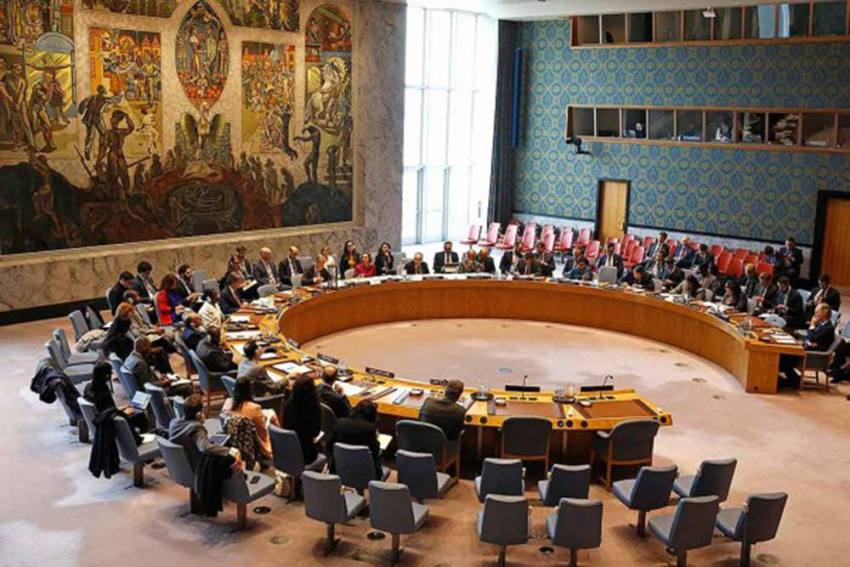 India is currently serving a two-year term on the Security Council as a non-permanent member
Representational Image: AP/ PTI Photo
Outlook Web Bureau 2021-06-12T11:36:14+05:30 We Desire ‘Normal’ Ties With All Neighbours, Including Pakistan: India At UN 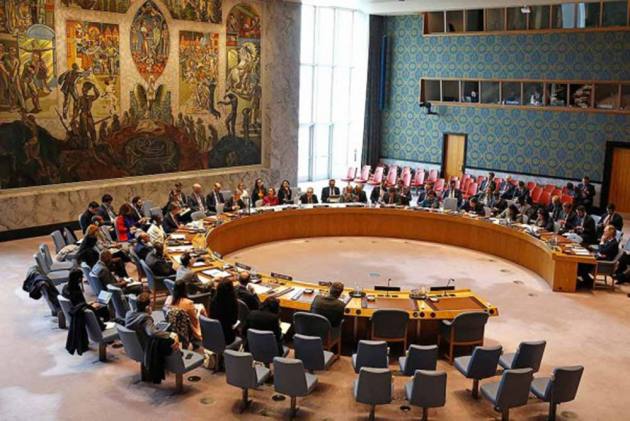 Urging Pakistan to create a “conducive atmosphere” for peace in the region, India said it desires “normal” relations with all its neighbours. Further, India also asserted that Pakistan should ensure its territory is not used for cross-border terrorism against India by taking “verifiable action”.

The remarks by Counsellor in India’s Permanent Mission to the UN, R Madhu Sudan came at the UN General Assembly meeting on ‘Report of the Security Council for 2020' on Friday.

Sudan made the remarks while responding to Pakistan’s Permanent Representative to the UN Munir Akram’s comments on Jammu and Kashmir.

“India desires normal neighbourly relations with all countries, including Pakistan. Our consistent position is that issues, if any, between India and Pakistan should be resolved bilaterally and peacefully, in an atmosphere free of terror, hostility and violence," Sudan said in the General Assembly while adding that it was “unfortunate” that Pakistan indulged in “theatrics”.

In an apparent reference to the abrogation of Article 370 and the withdrawal of special status granted to Jammu and Kashmir, Sudan said decisions taken by the Indian Parliament on the region were internal matters.

India abrogated the special status of Jammu and Kashmir under Article 370 on August 5, 2019 and bifurcated it into two Union territories.

India, currently serving a two-year term on the Security Council as a non-permanent member, further said that as a member of the 15-nation Council it will continue its efforts along with other elected members to pursue reforms in the working methods and for better reporting to the General Assembly.

Sudan said the General Assembly debates on the reports of the Security Council time and again have sought more in-depth analysis by the Council of its work in the annual reports.

“Unfortunately, this request has not been heeded to by the Council, whose functioning is based on anachronistic working methods centred around the principle of decision making by consensus. This principle affects mostly the elected members, who ironically hold the majority voice in the Council,” he said.

He said India believes it is important for the Security Council to pay more attention to its report to the General Assembly rather than view it as a mere formality.

“The General Assembly is indeed the most representative organ of the United Nations. The fact that there exists a separate provision in the UN Charter mandating such a report by the Security Council itself shows the importance with which this report is viewed.

"Hence, the annual report of the Security Council must inform, highlight and analyse the measures that it has decided upon or taken to maintain international peace and security during the reporting period.”

India also reiterated the need for analysis of the UN peacekeeping operations, the flagship tool for the maintenance of international peace and security.

“We need more information on how peacekeeping operations are run, the problems they face, on why certain mandates are set or changed, or on when and why they are strengthened, scaled-down or ended. As most peacekeepers are contributed by non-Council members, who put the lives of their troops at risk to serve the cause of international peace, a better partnership between the Security Council and the Troop Contributing Countries (TCCs) is needed,” he said.