Those who fail to upload photos will miss on their day's attendance and pay, the government order states. 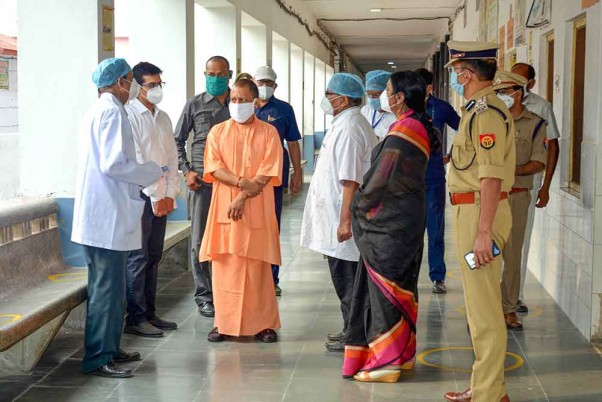 The Yogi Adityanath government in Uttar Pradesh has ordered 'attendance by selfie' in all Kasturba Gandhi Balika Vidyalayas where multiple teachers have been found to be working under one name and one document.

According to a letter issued to all Basic Shiksha Adhikaris (BSAs) by director general, basic education, Vijay Kiran Anand, it is now compulsory for all teachers to click and upload selfies of staff-teachers, warden and others on the 'Prerna' app.

Those who fail to upload photos will miss on their day's attendance and pay, the letter states. All BSAs are instructed to also ensure photos of facilities being provided by KGBVs on their campuses.

Chief Minister Yogi Adityanath, meanwhile, has ordered a drive to check documents of government teachers across the state.

The Chief Minister said strict action should be initiated if a teacher was reported to be working on fake documents.

The basic education department is taking a slew of measures after the 'Anamika Shukla scam', where one teacher was found working at 25 Kasturba Vidyalayas for 13 months and 'taking away' Rs 1 crore as salary.

Later, it turned out that documents of one 'eligible' candidate were being used by fraudsters.

Vijay Karan Anand said that the anomaly had come to light during the digitisation exercise undertaken by his department.

Once the scam came to light, UP Basic Education Minister Satish Dwivedi sought details on the issue and an investigation was initiated. Four persons have been arrested in the scam so far.

Indo-Nepal Ties Bound By 'Roti-Beti', No Power In World Can Break It: Rajnath Singh