Should We Ask Pakistan To Restore Article 370: Mehbooba Mufti

'J&K has been turned into a jail. No one is allowed to talk. Even if the journalist talks, the second day he is summoned and then booked under the UAPA,' Mehbooba Mufti said 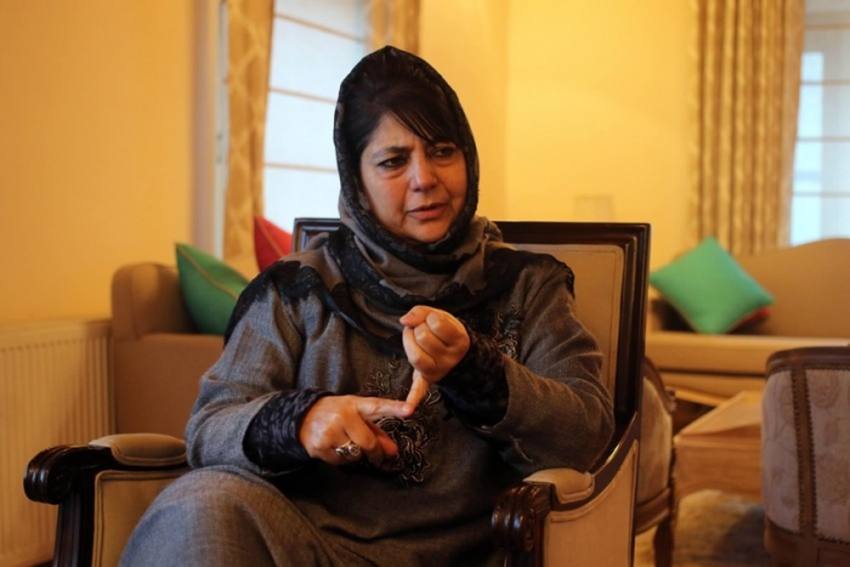 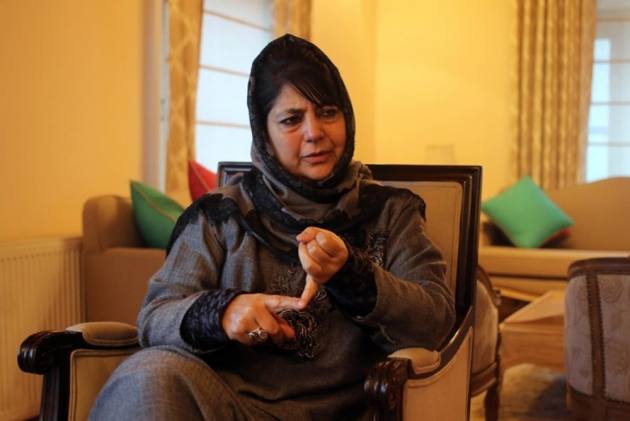 Former Chief Minister Mehbooba Mufti while addressing workers at her residence on Monday said Article 370 should be restored and her party would demand its restoration till its last breath.

“When Mehbooba Mufti says Article 370 should be restored why the BJP gets angry. Should we ask Pakistan to restore Article 370? This special position to Jammu and Kashmir was not given to it by the constitution of Pakistan. It was not given by the Chinese. We have entered into accession with India and the people of India and on the certain conditions. You broke the conditions associated with the accession and accession itself. We are asking you to restore Article 370. We will keep fighting for our identity, our existence, and our future generation till our last breath. I want to make it clear,” Mehbooba said.

“In 1947 a Muslim majority state rejected Pakistan and acceded to India on certain conditions. You ended the agreement. You got the majority in 2019. Does that mean you will destroy everything as you have got the majority?” she asked.

“Jammu and Kashmir have been turned into a jail. No one is allowed to talk. Even if the journalist talks, the second day he is summoned and then booked under the UAPA. These are troubled terms. But we need to face these troubled times.”

She added Jammu and Kashmir has remained the epitome of secularism. “But they (the government) have started doing new things here," she said.

Alluding to the government’s recent move allowing 500 kanals of government land to the Tirumala Tirupathi Devasthanams (TTD) charitable trust on lease for forty years for the building of a temple at Rs 10 per kanal rent, she said temples, mosques, and Gurduvaras are being made by people themselves. The government's job is to establish universities, health centres, and hospitals, she added.

"If we don’t talk who else will talk. They (ED) summoned my mother. They might call my daughters and my brother. They won’t get anything. All they are trying to shut me up. There is only one voice in Jammu and Kashmir and they want to silence it. That is of the PDP. We will speak up. We haven’t committed any sin. The sin has been committed by you (BJP) by taking special status away. You have stripped the people of Jammu and Kashmir. And you say why you are raising the voice,” Mehbooba said.

She says the government doesn’t allow peaceful dissent and is pushing the youths of Jammu and Kashmir towards the gun culture. “So that you can go on killing them. My appeal to the youths of Jammu and Kashmir is to resort to peaceful means. If you resort to guns, you will get killed. Please shun away the path of gun. They won’t listen to you today or tomorrow but one day they will have to listen,” she said. She said any gun-oriented movement (armed struggle) doesn’t succeed. “But some people want youths should take guns to get them killed,” she added.