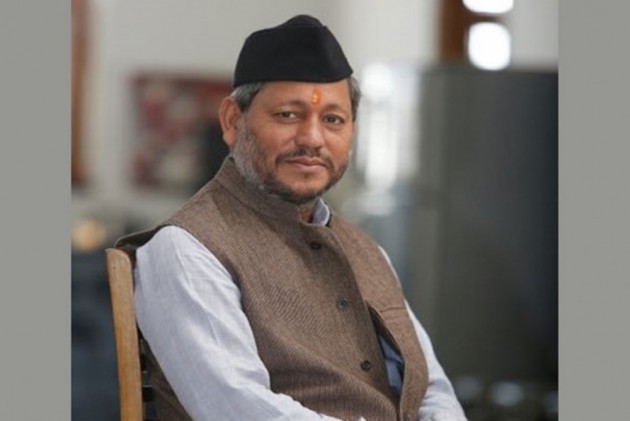 The newly elected Uttarakhand Chief Minister, Tirath Singh Rawat, has landed himself in a controversy after he criticised women wearing ripped jeans, wondering “what example they set up before their children and the society”.

Expressing his indignation, the Chief Minister described in detail the attire of a woman who had once travelled in a flight on the seat next to his, before going on to question her values.

“Jab unki taraf dekha to neeche gumboot they, jab aur upar dekha to ghutne fatey they, haath dekhe to kai kade they… Bachhey do saath me unke they. Maine kaha behan ji kahan jana hai… Delhi jana hai, husband kahan hai… JNU me professor hain, tum kya karti ho… main ek NGO chalati hun. NGO chalati hain, ghutne fatey dikhte hain, samaj ke beech me jaati ho, bachhey saath me hain, kya sanskar dogi? (She was wearing boots, jeans ripped on the knees, and several bracelets. She had two children travelling with her. Her husband is a professor in JNU. You run an NGO, wear jeans ripped at the knees, move about in society, children are with you, what values you will teach?),” he said during the workshop organised by the State Commission for Protection of Child Rights.

His comments did not go down well with many.

The All India Mahila Congress tweeted: “Message is in your eyes, Mr BJP Uttarakhand CM, not in women wearing jeans !”

BJP has reinforced its misogynistic, patriarchal & oppressive mindset yet again; with the statement of Uttarakhand CM Tirath Singh Rawat.

He was following his leader — PM Modi

Mahila Congress National Secretary Aiyshwarya Mahadev in a statement on Wednesday said, “BJP has reinforced its misogynistic, patriarchal and oppressive mindset yet again with the statement of Uttarakhand CM Tirath Singh Rawat” and added that he was “following his leader – PM Modi”.

“The BJP is blaming, shaming and vilifying women to cover up for their pathetic record in ensuring the safety and security of the women of this country,” the statement read.