The apex court had on January 18 observed that it is for Delhi Police to decide on matter pertaining to the entry of farmers. 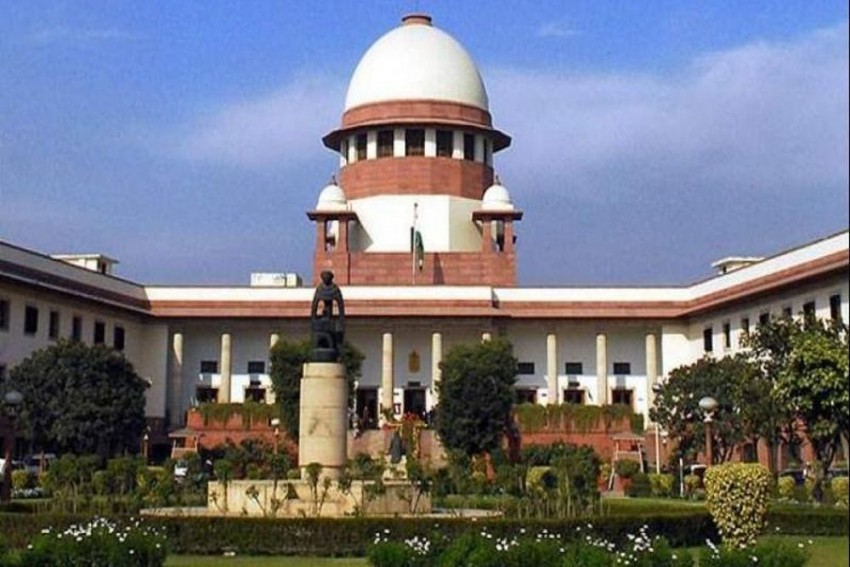 The Supreme Court on Wednesday allowed Delhi Police to withdraw its application seeking ban/restraint on tractor rally. The court reiterated that the police have powers to act, the court will not entertain the application.

"We have told you that we will not issue any direction. It is a police matter. We will allow you to withdraw (the application). You are the authority and you have to deal with it. You have the powers to pass orders, you do it. It is not for the court to pass orders," said the bench, also comprising Justices A S Bopanna and V Ramasubramanian.

The apex court had on January 18 observed that it is for Delhi Police to decide on matter pertaining to the entry of farmers and had maintained that the court cannot be expected to pass orders on law and order issues.

“We have told that it is for the police to decide. We won’t pass the orders. We will allow you to withdraw this application. You are the authority. You decide.”

The issue of the proposed tractor rally on the Republic day by farmers protesting against the new farms laws is in “executive domain”, the Supreme Court said on Wednesday after which the Centre withdrew its plea seeking an injunction against such a march on January 26.

The apex court said this while hearing the Centre’s application, filed through Delhi Police, seeking an injunction against the proposed tractor or trolley march or any other kind of protest which seeks to disrupt the Republic Day gathering and celebrations.

During the hearing conducted through video-conferencing, Attorney General K K Venugopal said that if farmers are allowed to enter Delhi, they will go all over the city.

“These are the matters which are in executive domain,” the bench observed.

Advocate Prashant Bhushan, appearing for some farmer unions, said that farmers are convinced that the new farm laws are against them.

“Suppose, we uphold the law then you protest. You counsel them properly. The only rider is ensure that people of Delhi are in peace,” the bench said.

The bench said the authorities can record the statement of Bhushan’s clients that they also want peace and they should talk on the issue.

While hearing the matter on January 18, the top court had told the Centre that the proposed tractor rally on the Republic Day by the protesting farmers is a “law and order” matter and Delhi Police has all the authority to deal with it.

“Does the Supreme Court say as to what are the powers of police and how they will exercise them? We are not going to tell you what to do,” the bench had said last week.

The Centre, in an application, said that any proposed march or protest which seeks to disrupt and disturb the Republic Day celebrations will cause an “embarrassment to the nation”.

On January 12, the top court had stayed the implementation of the contentious new farm laws till further orders and constituted the four-member committee to make recommendations to resolve the impasse over them between the Centre and farmers' unions protesting at Delhi borders.

Later, Mann had recused himself from the court-appointed committee.

The top court had on January 12 said it would hear the pleas against the farm laws after eight weeks when the committee would give its suggestions to resolve the impasse after talking to the protesters and the government.

Thousands of farmers, mainly from Punjab, Haryana and western Uttar Pradesh, are protesting at various border points of Delhi for over a month now against the three laws -- the Farmers' Produce Trade and Commerce (Promotion and Facilitation) Act, the Essential Commodities (Amendment) Act, and the Farmers (Empowerment and Protection) Agreement on Price Assurance and Farm Services Act.

Enacted in September 2020, the government has presented these laws as major farm reforms aimed at increasing farmers' income, but the protesting farmers have raised concerns that these legislations would weaken the minimum support price (MSP) and "mandi" (wholesale market) systems and leave them at the mercy of big corporations.

The government has maintained that these apprehensions are misplaced and has ruled out a repeal of the laws.