The police made the appeal after panic gripped several localities in Delhi amid fears of violence and rumours of fresh clashes. 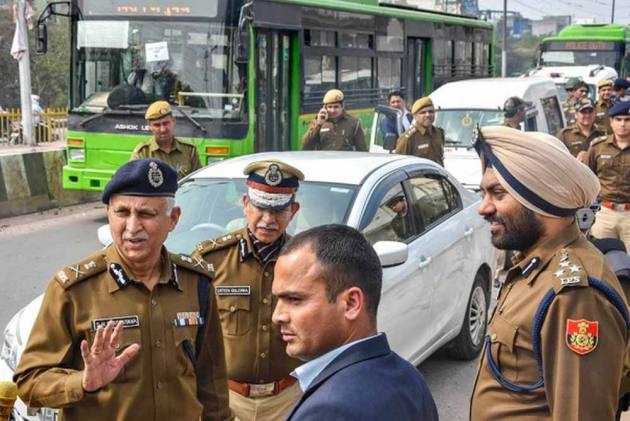 The Delhi Police on Sunday said there has been no violence in any part West or Southeast Delhi and requested people not to pay heed to rumours.

The police made the appeal after panic gripped several localities in Delhi amid fears of violence and rumours of fresh clashes.

"Some unsubstantiated reports of tense situation in SouthEast & West District are being circulated on social media. It is to reiterate that these are all rumours. Don't pay attention to such rumours. Delhi Police is closely monitoring accounts spreading rumours and taking action," the police said in a tweet.

The Delhi Metro Rail Corporation on Sunday evening closed a few stations but announced reopening them within half an hour. Some of these stations were: Tilak Nagar, Nangloi, Surajmal Stadium, Badarpur, Tughlakabad, Uttam Nagar West and Nawada stations.

There were reports of tension in Rohini and Uttam Nagar areas, which the Delhi Police quickly denied.

Deputy Commissioner of Police (West) tweeted: "Rumour is the biggest enemy. A rumour has been noticed that there is some tension in Khyala-Raghubir Nagar area of West District. There is no truth behind it. All are requested to keep calm as the situation is absolutely normal and peaceful."

The DCP South-East also maintained that the situation is normal. The police have warned the rumour mongers for legal action and asked the citizens to stay alert.

AAP leader Sanjay Singh said he spoke to acting Delhi Police chief S N Shrivastava on the rumours of fresh violence in the national capital and was ensured that the situation was under control.

Anxious people also took to Twitter asking if the rumours were true.

Police said that they were talking to people to assure that nothing untoward has happened and they should remain calm.

The AAP MP, in a tweet, requested people not to pay heed to any rumours.

"Rumours of violence are being spread in Delhi. In this regard I spoke to Delhi CP (commissioner of police) and he said that reports of violence are rumours and the law and order situation of the national capital is completely under control," he tweeted.

He also posted a video of AAP leader Amanatullah Khan saying there are rumours being spread that fights have broken out in Madanpur Khadar, Jaitpur and Okhla areas.

"These are all rumours senior officers are present there. Please don't listen to rumours. If anyone says that violence has broken out, ask them for evidence. Don't get frightened. We all have to fight these rumours. Rumours spread panic and that in turn leads to violence. Believe that we are all with you," he said in the video.

AAP leader Atishi also took to Twitter and said she received WhatsApp messages about mobs in Govindpuri and Kalkaji areas.

"These rumours are all false. Situation is peaceful. Police is patrolling the area," she said asking people to remain calm.