Rahul Gandhi is currently campaigning in Tamil Nadu ahead of Assembly elections in the state. 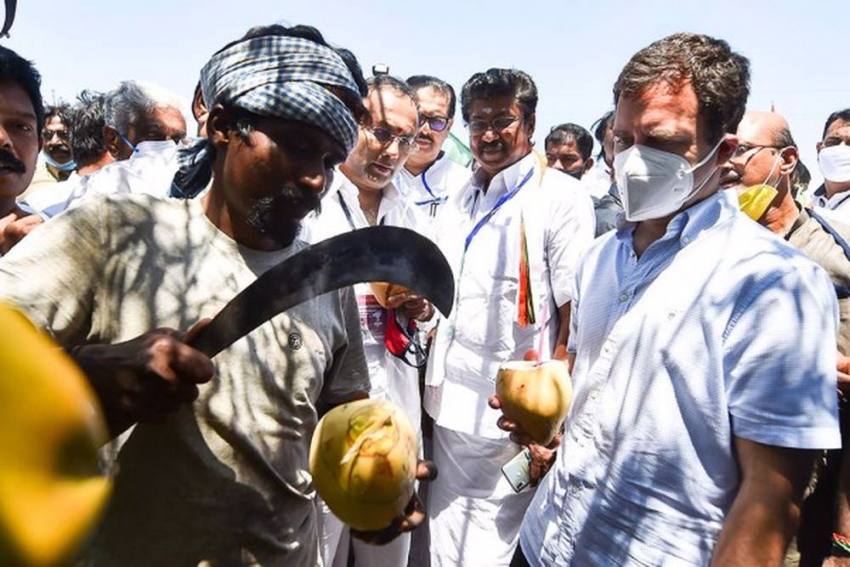 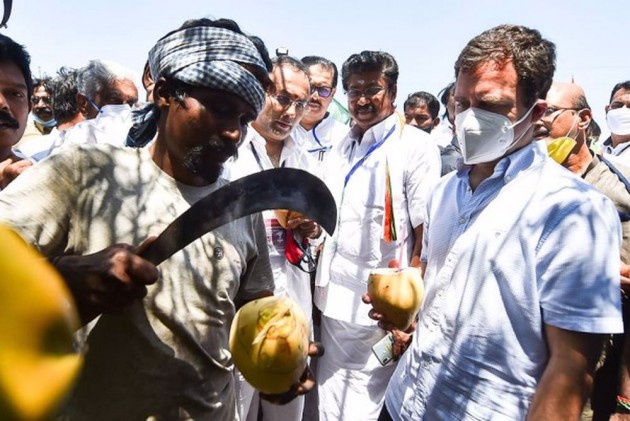 Congress leader Rahul Gandhi was caught enjoying palmyra palm fruit in Achangulam village of Tamil Nadu ahead of the assembly elections in the state. Gandhi is presently touring South India and is often spotted interacting with people.

The video was shared by the official Twitter handle of Congress and is doing rounds on the internet. The tweet read, "Pit stop! Shri Rahul Gandhi enjoys a refreshing Palm fruit, locally known as 'Nungu', at Achankulam, Kanyakumari, TN."

On February 24, a video shared by Rahul Gandhi on his Instagram account went viral over the internet. The video showed him diving into the water with local fishermen in Kerala's Kollam.

A picture of him from the same day broke the internet as an appearance of the outline of his abs through the shirt surprised the netizens.

Rahul Gandhi is currently campaigning in Tamil Nadu ahead of Assembly elections in the state.  Polls in Tamil Nadu will be conducted in a single phase this year on April 6, 2021. The counting of the votes will be held on May 2.

Delhi: Motorcyclist Kills Man With Knife After A Street Fight