The court gave bail to Azad but restrained him from visiting Delhi for four weeks or holding any dharna till the elections. 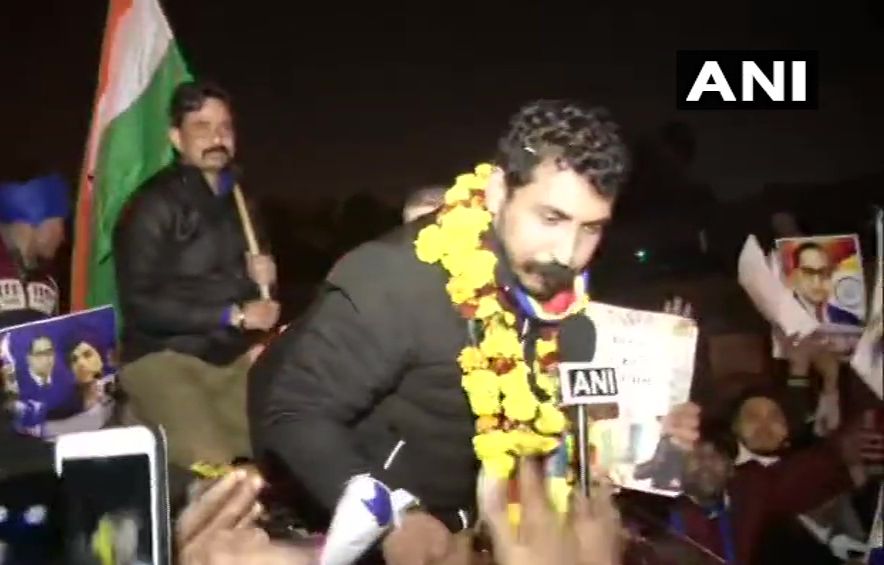 Bhim Army chief Chandrashekhar Azad, who was arrested in connection with the violence during an anti-CAA protest in Old Delhi's Daryaganj, was released on bail from Tihar Jail on Thursday night.

Upon his release, Azad told ANI, "Our protest will go on under constitutional framework till this law is not rolled back. We are against people who want to divide our country."

He added, "Tomorrow I will visit Jama Masjid at 1 pm. Later, I will also visit Ravidas temple, a gurudwara and a church."

Azad's outfit had organised a march from Jama Masjid to Jantar Mantar against the amended citizenship act on December 20, without police permission. He was sent to judicial custody on December 21.

On Wednesday, a Delhi court had granted bail to Azad, who was accused of inciting people during the anti-CAA protest at Jama Masjid.

The court also restrained Azad from visiting Delhi for four weeks and directed him not to hold any dharna till the elections in the national capital.

Additional Sessions Judge Kamini Lau had granted the relief to Azad on furnishing a bail bond of Rs 25,000.

While granting bail to Azad on Wednesday, the judge recited Rabindranath Tagore's famous poem 'Where the Mind is Without Fear' and said citizens have a fundamental right to peaceful protest which cannot be curtailed by the state.

"I am reminded of our reverend patriotic poet Rabindranath Tagore who is most relevant today. He during the colonial era in early 1900's when British followed the policy of Divide and Rule, visualised a nation where where there is no fear in the minds people and education is attained by all; people are enlightened and do not create walls of discrimination," she had said.

The court also said that before going to Saharanpur if Azad wants to go anywhere, including Jama Masjid in Delhi in 24 hours, police will escort him there.

"There is no material in the form of CCTV footage or audio recordings to prima facie show the direct involvement of the accused with the alleged violence and it was admitted by the police that the CCTV footage upon which they were placing their reliance was of a very poor quality which does not even reflect the presence of other accused who have already been granted bail," the judge said.

Asserting that it is one's constitutional right to protest, the court had earlier observed that Delhi Police was behaving "as if Jama Masjid was Pakistan" where people were not allowed to agitate.