Home  »  Website  »  National  »  'Press Has Been Kind To My Office', Says CJI Ranjan Gogoi But Refuses To Give Interviews

'Press Has Been Kind To My Office', Says CJI Ranjan Gogoi But Refuses To Give Interviews

'Judges do speak, but only out of functional necessity, and no more,' says the outgoing Chief Justice of India. 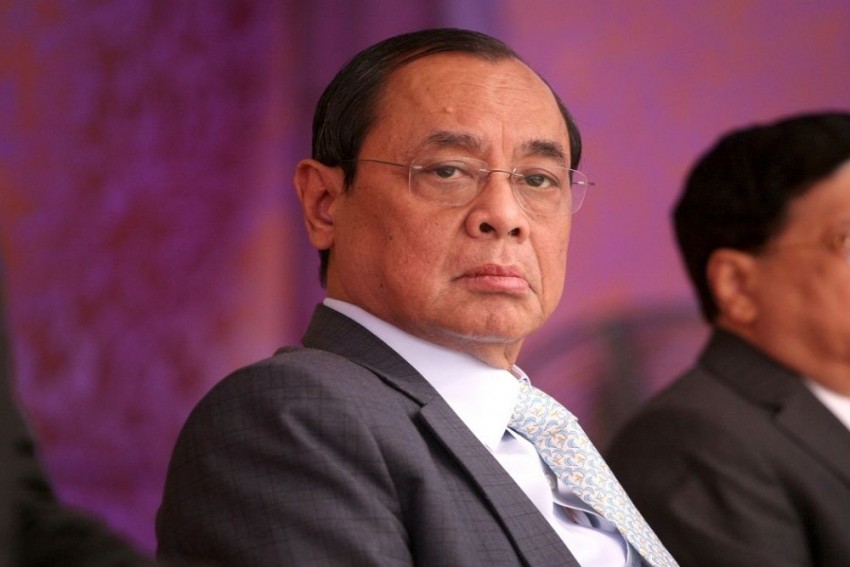 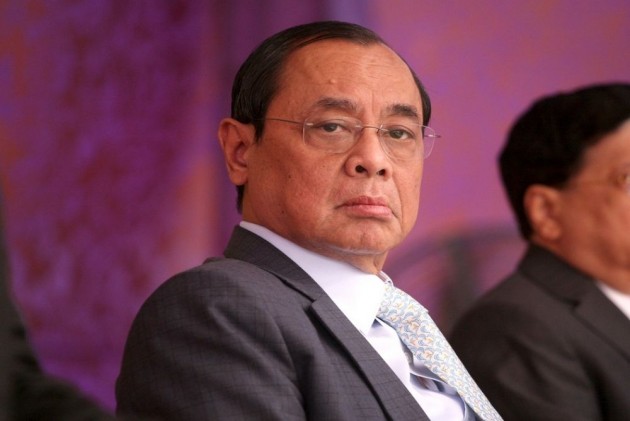 Outgoing Chief Justice of India (CJI) Ranjan Gogoi on Friday expressed his inability to have one-on-one interviews with scribes as the end of his term nears.

Gogoi, who will demit office on Sunday after his 13-month stint as the CJI, also lauded the press for its "maturity" and "character" in preventing "canards and falsehood" in "trying times" of the judiciary.

Justice Gogoi, the 46th CJI and the first from a north-eastern state, said it was not the requirement of the Supreme Court that judges "reach out to our citizenry through the press".

"Such outreach (to the press) ought to be symbolic of an extraordinary situation demanding an exception to the norm," said Justice Gogoi who would demit office on November 17, a Sunday.

Justice Gogoi and three other senior-most apex court judges -- Justices J Chelameswar, Madan B Lokur and Kurian Joseph had held an unprecedented press conference on January 12, 2018, alleging that the administration and allocation of cases in the apex court, headed by the then CJI Dipak Misra, was "not in order".

In a three-page common letter to journalists, the Gogoi declined the request for interviews and said: "I would not be able to meet your request for a one-to-one meet."

The letter said: "I am keen that you would appreciate that the ordinary freedoms are finely balanced in our institutional functioning - while you have the Bar whose members can exercise their freedom of speech to the extent of even pushing the boundaries of such freedom, the bench requires its judges to maintain silence, while exercising their freedoms.

"This is not to say that Judges do not speak. They do speak, but only out of functional necessity, and no more. Bitter truth must remain in memory."

The CJI lauded the role of media for its reportage during the "trying times" of the apex judicial institution.

"Good press is also a parameter amongst others that is known to be indicative of our institutional health. In such view, I do wish to put on record that by and large, the press corps has been kind to my office as well as to our institution during my tenure at the helm of the institution."

"Even during trying times. When our institution was keeping an ambush or two at bay, most members of the press displayed maturity and character and exercised exceptional discretion to prevent canards and falsehood from clogging the news space," the letter said.

Justice Gogoi said that as a public functionary, who was entrusted with onerous Constitutional duties to perform, the idea of "courting the press" never came as a choice for him in the interest of the institution.

"I chose to belong to an institution whose strength lay in public confidence and trust earned not through good press, but through our work as Judges on the bench," he wrote.

"In fact, our work-places are, by our functional necessity, required to be public places as justice is ordained to be delivered in presence of ordinary citizens to ensure that it is never far removed from them. In that view, our institutional connect and interface with the citizenry is proximate," the letter said.

Though the CJI is officially retiring on November 17, a Sunday, Friday was his last working day.