Veteran composer Khayyam, best known for his music in classic films such as 'Kabhi Kabhie' and 'Umrao Jaan', passed away after prolonged illness at a hospital in Mumbai on Monday. 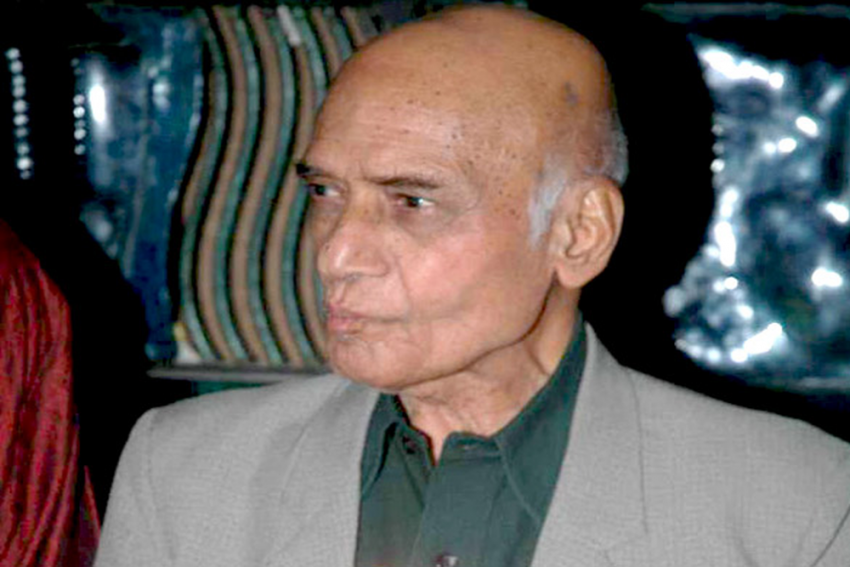 File photo of legendary music composer Khayyam.
Giridhar Jha August 20, 2019 00:00 IST Only Kabhi Kabhie Can You Get A Composer Like Khayyam In Your Lifetime 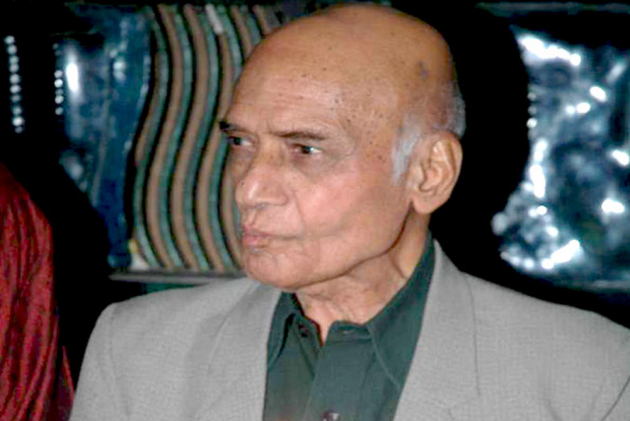 Back in the mid-seventies, renowned filmmaker Yash Chopra had sprung a big surprise by signing an almost-forgotten composer Khayyam (1927-2019) for his upcoming home production, Kabhi Kabhie (1976).

Chopra had collaborated with two of the busiest music directors of the time, Laxmikant-Pyarelal and Rahul Dev Burman in his previous movies, Daag (1973) and Deewar (1975) respectively. Both L-P and Pancham (RDB) were going great guns in those days, delivering chartbusters by the dozen every year.

Choosing a veteran like Khayyam over the reigning monarchs of Hindi film music industry was a bold risk few could have taken in those days. But Chopra instinctively knew what he was doing when he decided to hand over to Khayyam the musical reins of such an ambitious multi-starrer, which had some of the biggest stars of its time, including Amitabh Bachchan. The rest, as the cliché goes, is history.

Kabhi Kabhie went on to make it to the list of the top-selling albums of the decade. With gems like Kabhi Kabhi mere dil mein (Lata Mangeshkar-Mukesh) and Main pal do pal ka shayar hoon (Mukesh), penned by Sahir, Khayyam staged one of the most triumphant comebacks ever in the history of Hindi film music, bringing cheers to his long-standing admirers who had been ruing his prolonged absence from the scene at the time.

Khayyam’s return was truly triumphant because he had almost faded into the oblivion for almost a decade before Kabhi Kabhie happened. There was a reason behind it. The early seventies had witnessed a heavy influence of the Western music on Hindi cinema which had rendered composers like Khayyam, who were intrinsically rooted to the classical Indian music, virtually jobless. That’s why many thought Chopra was committing a big mistake by reposing his trust in a music director, who they assumed would not be in sync with the changing taste of Hindi film music lovers.

Actually, prior to Kabhi Kabhie, Khayyam’s last big hit, Baharon mera jeevan bhi sanwaro sung by Lata Mangeshkar had come about a decade ago in Chetan Anand’s Aakhri Khat (1966). Earlier, he had shot into fame with the soulful Talat Mahmood song, Sham-e-gham ki qasam in Dilip Kumar-starrer Footpath (1953) and the Mukesh-Asha Bhosle duet, Woh Subah kabhi to aayegi in Raj Kapoor-Mala Sinha starrer, Phir Subha Hogi (1958). He followed it up with many other brilliant compositions over the next few years in films like Shola Aur Shabnam (1961) and Shagoon (1964), which had the unforgettable Tum apna ranj-o-gham, sung by his wife, Jagjit Kaur. Later, he quietly retreated into the background, until he got a call from Chopra.

Kabhi Kabhie proved to be the ultimate testimony to his talent, as also to his innate ability to create a perfect synthesis of good poetry and melodious music. It also underlined the fact that a long hiatus had not got the better of his musical genius and creativity. The maestro rose to the occasion and did not let Chopra or his admirers down on his return in Kabhi Kabhie, living up to their expectations not only with the soulful numbers like its title track but also with some breezy romantic duets like Tere Chehre se nazar nahin hatti sung by Kishore Kumar and Lata Mangeshkar.

Chopra's film threw open the floodgates of opportunities for Khayyam but he did not go on a signing spree. As in the past, he did not want to join the rat race and compromise on the quality of his songs. The post-Kabhi Kabhie period saw the Punjab-born composer come up with many a mellifluous number in both big- and small-budget movies. Two of his songs in an eminently forgotten 1977-release, Shankar Hussain -- Kahin ek Masoom nazuk si ladki (Mohmmad Rafi) and Aap yun hi faaslon se (Lata) still rank among the all-time classics.

The 1976-86 decade turned out to be the most productive for the legendary composer. His songs from Trishul (Mohabbat bade kaam ki cheez hai/1978), Noorie (Aja re/1979), Thodi Si Bewafai (Hazaar rahen/1980), Dard (Pyar ka dar hai/1981), Ahista Ahista (Kabhi kisi ko muqammal jahan nahin milta/1981), Nakhuda (Tumhari palkon ki/1981), Bazaar (Dikhayi diye yun/1982) and Razia Sultan (Ae dil-e-naadan/1983) earned critical and commercial acclaim in equal measure. But he reached his pinnacle in Umrao Jaan (1981) with songs like Dil cheez kya hai and In ankhon ki masti which dispelled the earlier impressions once and for all that he had reached his peak with Kabhi Kabhie. His compositions of the ghazals penned by Shahryar and sung by an amazing Asha Bhosle immortalised him beyond the annals of the Hindi film music.

In his illustrious career, Khayyam did less than 40 movies but he became a byword for melody in his lifetime. A cursory glance at his repertoire makes it abundantly that it was not the number of his movies but the enduring quality of his songs that will assure him an exalted place in the pantheon of the all-time great music directors for all times to come. It would be no exaggeration to say as a fitting tribute to the departed maestro that Kabhi Kabhie in your lifetime, you get a composer like Khayyam!