If the BJP emerges victorious in the upcoming West Bengal Assembly elections it will ensure development of all and appeasement of none, Prime Minister Narendra Modi said 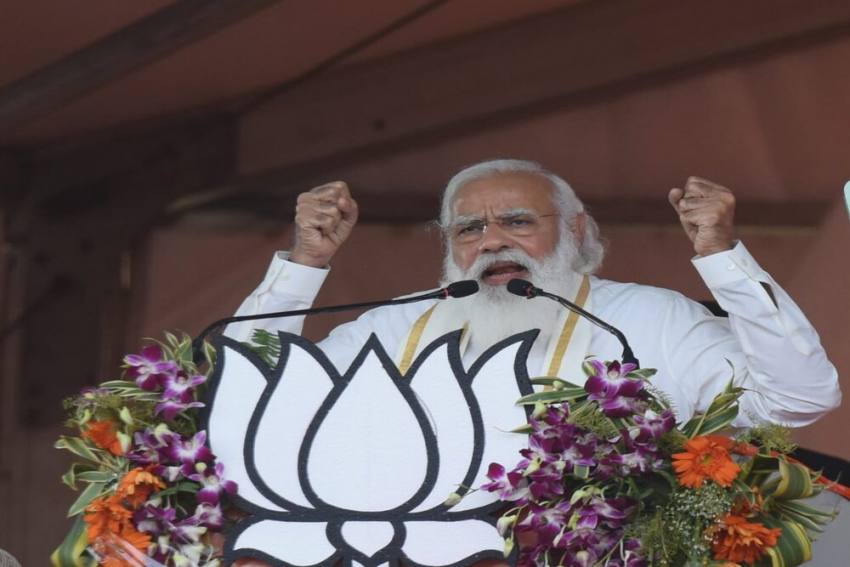 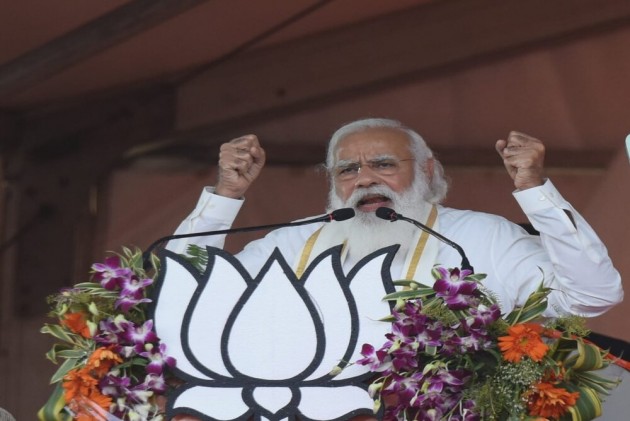 Hitting out at the Trinamool Congress (TMC), Prime Minister Narendra Modi on Monday said that the people of West Bengal will opt for "poribortan" (change) in the upcoming Assembly elections scheduled in April-May. Interestingly, the TMC also promised “poribortan” in the run-up to the 2011 Assembly elections.

While addressing a public rally in Hooghly on Monday, Modi further said that the BJP will “give Bengal a government that ensures development of all and appeasement of none” and he accused the TMC of perpetuating "syndicate raj" in the state.

Hitting out at Chief Minister Mamata Banerjee, the PM also alleged that it won’t be possible to usher in development in Bengal “as long as cut-money culture, syndicate rule and tolabaji (extortion) persist”.

"The state government's cut-money culture has vitiated the atmosphere to such an extent that you cannot even take a house on rent without paying cut-money...you cannot rent a house without the syndicate's permission," Modi said.

He also alleged that the Mamata-led state government did not implement central schemes like the PM Kisan Samman Nidhi and Ayushman Bharat thereby depriving farmers and the poor of its benefits. He also accused the TMC of neglecting Bengal’s cultural heritage.

"I have been told the house where Bankim Chandra Chattopadhyay conceived and wrote 'Vande Mataram' is in an abysmal condition. The man who injected new life into the freedom struggle amid pervasive gloom of slavery...his house is a victim of neglect. It's an insult to Bengali pride," Modi said.