Citizens can download the 'Cleancity' mobile app through Google Playstore and Apple Store in a few days, as per New Delhi Municipal Council (NDMC). 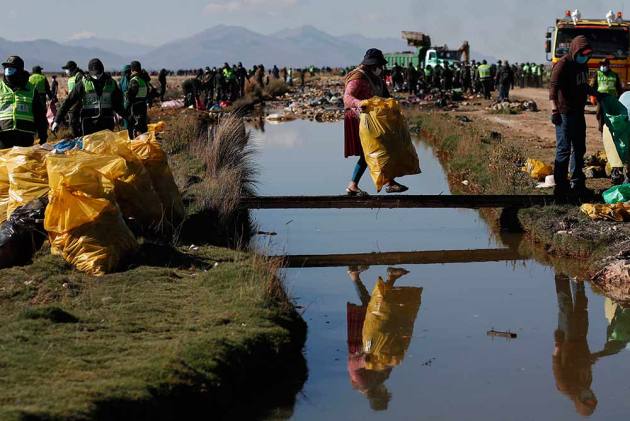 North Delhi Mayor Raja Iqbal Singh on Friday launched a GPS-driven mobile application 'Cleancity' that will allow residents of the area to register complaints related to the picking of garbage by designated vehicles.

The app has been launched ahead of the 75th Independence Day.

Singh and his South Delhi counterpart Mukesh Suryan jointly hoisted the national flag at Civic Centre, headquarters of both the north corporation and south corporation, on Friday.

He said the residents of the Civil Lines Zone, Keshavpuram Zone, and Rohini Zone can avail this facility.

Singh said through this app, citizens can see the GPS location of garbage-lifting vehicles, register their complaints, and give suggestions to improve the services.

Citizens will be able to download the mobile app through the Google Playstore and Apple store in a few days, the NDMC said.

Chairman of NDMC's Standing Committee Jogi Ram Jain said "we need freedom from garbage to make the city clean" and appealed to everyone to work towards this goal.

Municipal Commissioner Sanjay Goel said to celebrate 'Azadi Ka Amrit Mahotsav' and to mark the 75th year of Independence, the NDMC has administered a pledge to all municipal school students through online mode to discourage the use of plastic and make others stop using single-use plastic.

Under the 'Azadi Ka Amrit Mahotsav' initiative, the NDMC schools are also organising activities online such as gathering information on the freedom struggle and stories of unsung heroes, he said.