Arjumand worked to wean away youth from drugs, many of who were lured to stone-pelting with the promise of drugs. 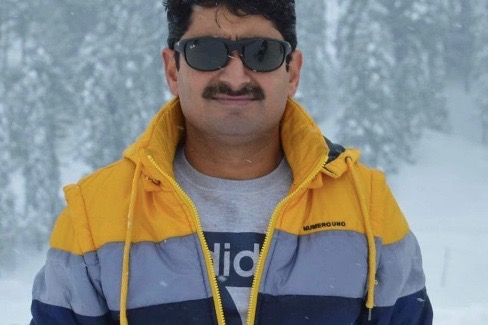 The killing of a 35-year old chemist in Kashmir’s Baramulla by militants on Saturday got a brief mention in media outlets, but has evoked much condemnation on social media with many of his friends and sympathisers wondering why the mainstream political party leaders in Jammu and Kashmir, who take to Twitter to comment on any happening, have been strangely silent this time.

News agency reports quoting police said that Arjumand Majid Bhat was shot at and critically injured at main town Baramulla in the north Kashmir district on Saturday evening. He was taken to a hospital, where he succumbed to his injuries. A case has been registered, police said.

My friend Arjumand Majid also lovingly called Raju was just killed by terrorists inside his shop in Baramulla. He was a chemist and working against drug addiction bravely. He was vocal against Hurriyat and Pakistan Sponsored Terror. In Kashmir his killers will be called ‘gunmen’. pic.twitter.com/60AUzANTYc

Arjumand, a social activist who ran a drug de-addiction centre in Baramulla district of J&K, was murdered this evening.

For how long will this culture of selective mourning and selective outrage continue? pic.twitter.com/e72BOnGKra

Arjumand worked to wean away youth from drugs, many of who were lured to stone-pelting with the promise of drugs, according to twitter posts by his friends and sympathisers.

He was known to speak out against the Hurriyat and terrorists, said another post.

Rest in Peace dear. You lived a life of purpose and your purpose was serving humanity. Terrorists snuff out lives and you were working to save lives.There will no PROTEST for your killing because that’s not in the interest of TEHREEK(aka terror). https://t.co/qesNxrJeQL

He reportedly had escaped several attempts on his life earlier by militants, but continued with his work undeterred.

Arjumand worked for a peaceful Kashmir,  that all Kashmiris yearn for,  his friends said, in their tribute to him.

Terrorist shot dead chemist Arjumand Majid Bhat(35) inside his shop in the main chowk of #Baramulla.
He was running a drug rehab center supported by Indian Army and working against drug addiction bravely.

Last year I met him in District hospital of Baramulla.
RIP Brother.ðÂÂÂÂÂÂÂÂ¢ pic.twitter.com/sN7yt0Vowm

Been hours since the cold blooded killing of brave Kashmiri Muslim social activist Arjumand Majid in Baramulla of North Kashmir. No condemnation, protest or statement from Omar Abdullah, Mehbooba Mufti or Sajad Lone. Where are the politicians in Kashmir hiding? What tragedy! pic.twitter.com/uQwRaAUJu3

The killing comes over two months after Baramulla was declared the first militant-free police district in the valley and also as security in north Kashmir has been beefed up ahead of the first phase of the Lok Sabha elections scheduled for April 11.