The US Secretary of State and Defence Secretary will also meet PM Modi during their visit. 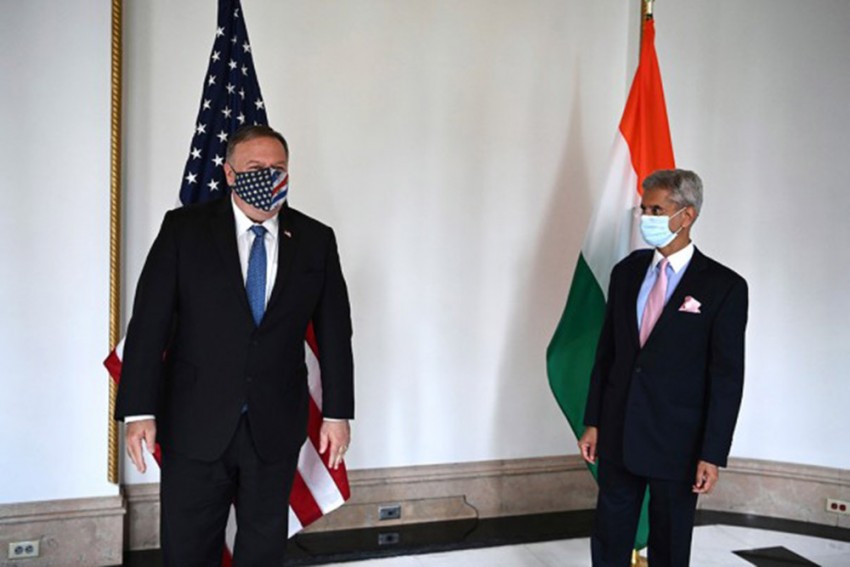 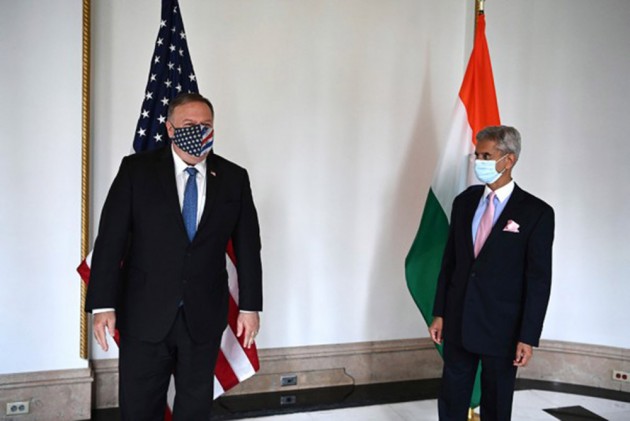 US Secretary of State Michael Pompeo has left for India for the third edition of the 2+2 ministerial dialogue to be held in New Delhi on Tuesday during which the two sides are expected to explore ways to further bolster bilateral defence ties and security cooperation in the Indo-Pacific, amidst China flexing its muscles in the strategic region. The visit comes a week before the US presidential election on November 3.

"Wheels up for my trip to India, Sri Lanka, Maldives, and Indonesia. Grateful for the opportunity to connect with our partners to promote a shared vision for a free and open #IndoPacific composed of independent, strong, and prosperous nations," Pompeo tweeted on Sunday.

Wheels up for my trip to India, Sri Lanka, Maldives, and Indonesia. Grateful for the opportunity to connect with our partners to promote a shared vision for a free and open #IndoPacific composed of independent, strong, and prosperous nations. pic.twitter.com/IoaJvtsHZC

In an official statement, the State Department said the two countries have a strong and growing bilateral relationship built on shared values and a commitment to a free and open Indo-Pacific. As the world’s oldest and largest democracies, the United States and India enjoy deeply rooted democratic traditions, it added.

“The growth in the partnership reflects a deepening strategic convergence on a range of issues. Our cooperation is expanding in important areas including health, infrastructure development, energy, aviation, science, and space,” the statement read, adding that holding the third US-India 2+2 Ministerial Dialogue in just over two years demonstrates a high-level commitment to their shared diplomatic and security objectives.

President Donald Trump made a historic visit to India earlier this year, speaking in Ahmedabad addressing a crowd of 100,000 people. Pompeo’s visit marks the fourth visit to India by a Secretary of State during the Trump Administration.

According to the State Department, the recent Quadrilateral Ministerial meeting in Tokyo convened by Pompeo and his counterparts from India, Japan, and Australia, demonstrated the strong cooperative ties among Indo-Pacific democracies interested in strengthening a rules-based order in which all nations are sovereign, strong, and prosperous. “The Quad has proven to be an effective multilateral mechanism, helping to create resilient supply chains, promote transparency, counter disinformation and increase maritime security,” the US State department said. India, with its large economy, strong support for entrepreneurship and innovation, and its growing international trade, is one of the world’s leading economic powers and is well-positioned to promote our shared vision for a free and rules-based Indo-Pacific where all nations can prosper, it added.

Observing that India and the US are expanding cooperation between the two militaries, the US State Department said this includes the Navies of both countries, which play a critical role in ensuring freedom of navigation in the Indo-Pacific. In July 2020, the Indian Navy successfully completed a passing exercise with the US Navy as the Nimitz Carrier Strike Group transited through the Indian Ocean Region.

In 2019, the US and India held their first-ever tri-service exercise, Tiger Triumph, in which the US Navy and Marines, Air Force, and Army participated in a bilateral exercise with their Indian counterparts. The United States welcomes Australia joining the Malabar naval exercise alongside India and Japan, it added.

Noting that defence trade has increased significantly over the past two decades, the State Department said India maintains the largest fleets of C-17 and P-8 aircraft outside the United States and as of 2020, the United States has authorized more than $20 billion in defence sales to India.